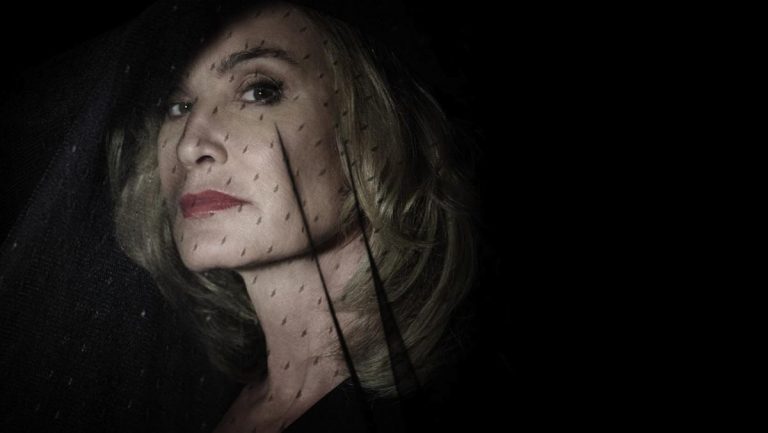 Jessica Lange was reintroduced to a younger generation with her appearances in Ryan Murphy’s American Horror Story, not the shit version of King Kong from 1976 that no one really remembers. Playing controversial cryptic characters across the show’s 4 seasons, she acted alongside a mixture of well-known and matured actors, such as Cathy Bates, Frances Conroy and the ever so lovely and attractive Matt Bomer and then the fresh faced youths of Hollywood with the likes of Evan Peters, Emma Roberts, Jaime Brewer and Taissa Farmiga.

She managed to fuck up all their lives in the show, whether it was because she shot her maid (Frances Conroy as Moira, season 1) for nearly being raped, or because she wanted to be queen bitch/witch, resulting in the throat slitting, then rotting in a toy box and occasionally getting taken out for a tea party by the creepy house keeper of ex-child star and possible supreme Madison Montgomery (Emma Roberts, season 3).

The beauty of it all is that all these tragedies are spread across four seasons, each season being completely different to one another, the only common ground they hold is the element of horror and the faces, the names and stories are completely different. However, Jessica Lange is capable of sinister work, regardless of the character and their story – she can pull it off, which is what makes her so desirable.

Fans of AHS found it difficult to come to terms with the fact that American Horror Story: Freak Show, would be Lange’s last appearance in the show, some even say, a minority took it worse than Directioners coming to terms with the fact that Zayn was leaving 1D; sad really. She won over the hearts of the black-hearted, to like characters so fixated on inflicting pain on others in order to end up on top and end up really would make you question the colour of your heart. Or it could have been due to the fact that she’s a ‘G.I.L.F’. Or just because she’s a really good actress.

Either way, she was engulfed by compliments and praise after announcing her departure from American Horror Story, her fan’s dedication reaching to the point in which they vowed to never watch the show again. Looks like they will be sticking to their vows by watching the soon to come, American Horror Story: Hotel, as rumours have aroused about Lange returning for a small role, after some persuading from creator and producer Ryan Murphy.

As the days go on, it seems more and more likely for Lange’s return. Although, she’s passing the Horror Story baton onto Lady Gaga who already ticks the weird and freaky box, but in the good way. The expectations are set high for her after Lange’s previous rolls. But do not fear, because we’ll still get a little slice of Lange (hopefully) in American Horror Story: Hotel when it airs in the UK on the 21st of October 2015 at 10pm on FOX.

Will Gaga be able to live up to Lange? Will American Horror Story be the same without her? Let us know what you think and comment below!