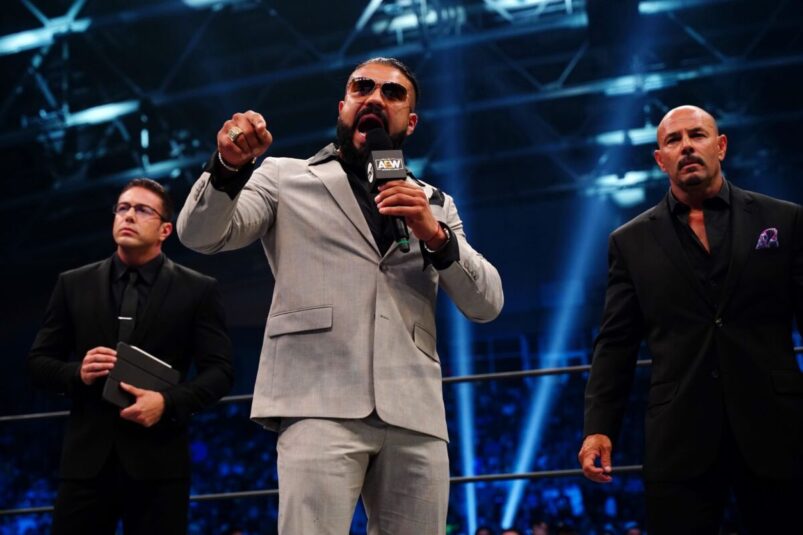 Andrade El Idolo debuted for All Elite Wrestling to a huge fanfare in June of this year, being accompanied to the ring by the legendary Vickie Guerrero to help rejuvenate his credibility in front of a mainstream wrestling audience. Since then, the former NXT Champion has been used sporadically throughout the singles division, competing in only two matches since June, including a somewhat underwhelming Rampage bout against PAC.

Even though Andrade has picked up victories in both of those matches, the first of which was incredibly convincing against enhancement worker Lee Johnson and the second from the aforementioned match against PAC, his overall booking has been questionable. Andrade has already left two Guerrero by the wayside, for reasons that are blurry at best. Chavo Guerrero (his second manager) was kicked to the curb after interjecting himself into Andrade’s match against PAC, despite helping El Idolo achieve his second win. As to why he left Vickie to mull around in the women’s division, I’m actually not sure.

Andrade is coming across like the strangest, most bitter babyface on the roster, trying to decide whether or not he wants to be seen as a vile heel or an anti-hero for the Latino audience. By denouncing the notoriously-underhanded Guerrero family for sullying his result, it suggests that he’s trying to be a squeaky-clean competitor going forward, yet he’s maintaining that arrogance from his WWE persona. I just don’t know where I stand with him: Should I be rallying behind Andrade as he verbally berates his opponents, or boo and hiss as he boo and hisses his villainous counterparts?

Andrade has already been involved in certain controversies since debuting for AEW, mostly revolving around his main-event championship bout against Kenny Omega in AAA. According to reports, Andrade was originally scheduled to dethrone Omega for the Mega Championship, but instead was forced into defeat as AEW officials refused to let him lose two championships in one week, the other being the Impact Championship to Christian Cage on Rampage.

Andrade was naturally quite frustrated by this, as would be any serious wrestler, but it doesn’t bode well for his near future with AEW. To be such an outspoken force backstage will likely impose future hindrances on his progression in the singles division, and may perhaps stop him from becoming the star we all hoped he’d become as part of the wider roster. Even though reports have suggested that he may be in-line for a future run with the AAA Mega Championship, eventually getting his win over Omega, it will feel somewhat tainted in comparison to what it could have been by the aforementioned issues and his reactions since.

Unless AEW and Andrade manage to turn this new persona into some sort of angle, or he starts picking up more steam by being featured a little more prominently on episodes of Dynamite and Rampage, then things seem to be pretty dire for Andrade going forward. Considering he’s been on the roster for over three months and only competed twice, this should only go to show how little there is for him to accomplish in the long run.

I’m sure there are still hundreds of Andrade loyalists out there who are itching to see him get in the ring and mix it up with some of AEW’s top prospects: I’m thinking Darby Allin, Brian Pillman Jr. and Dante Martin here, and they’d be right to think that once he starts putting together those instant classics that we know he’s capable of, then futures will seem a little brighter. However, if the jabs keep coming on social media and the price is right from WWE, who knows where Andrade might eventually find himself.