Home
Opinion
What’s Next For NXT UK and WALTER?
Wrestling

What’s Next For NXT UK and WALTER?

NXT UK: Prelude to nothing. 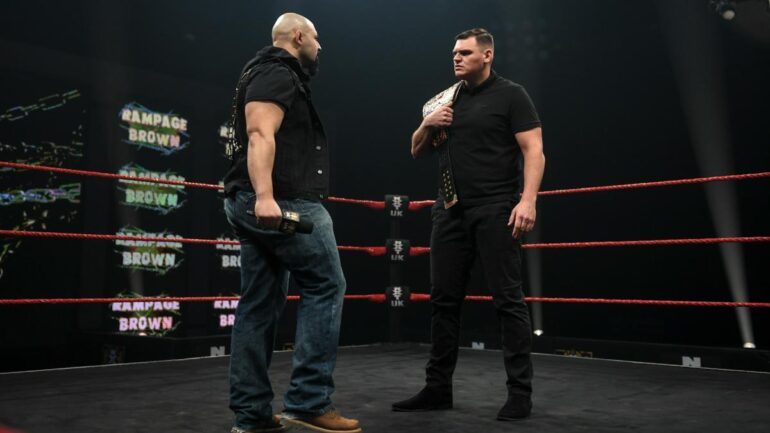 NXT UK had a decent showing over WrestleMania 37 weekend, broadcasting a special episode dubbed ‘NXT UK: Prelude’ prior to the second night of TakeOver: Stand & Deliver. The show featured a competitive Heritage Cup Rules match between Tyler Bate and Noam Dar, a star-studded women’s tag match and a massive championship showdown between the reigning UK Champ, WALTER, and his challenger, Rampage Brown.

Many NXT UK fans signposted this as the end to ‘The Ring General’s’ two year reign, with few credible challengers left that would be able to dethrone the champion outside of the newcomer from Leeds. Despite that, WALTER walked away with the win, as well as a subsequent victory over NXT’s Tommaso Ciampa at TakeOver. Imperium’s leader has never looked stronger, but NXT UK may have been left in a sticky situation with a champion that’s legitimately too strong to beat.

NXT UK hasn’t had the strongest year, having to bounce back from the pandemic as well as juggling the accusations highlighted by the SpeakingOut movement. Giving them a TakeOver-esque show over WrestleMania weekend was a huge step towards the brand regaining some momentum, however without a big moment to show for it, Prelude didn’t do much to get fans invested in the storylines going forward.

Rampage’s defeat at the hands of WATLER pushed back one of the fastest rising stars in WWE, and with previous challengers Ilja Dragunov, Joe Coffey and Tyler Bate all moving onto new feuds, there doesn’t seem to be anything worth tuning in for when it comes to the UK Championship.

Giving Brown the title could have done wonders for both his career trajectory and the promotion as a whole, allowing WALTER to move onto bigger things on the black and gold brand while rejuvenating the roster and the championship picture. Alas, the status quo of WALTER leading the show remains.

It seems as if NXT UK are waiting until they can start commence live shows and touring again before pulling certain triggers. A lot of fans have speculated that a Moustache Mountain implosion may be on the cards, and the crowning of Rampage Brown/Ilja Dragunov to be kept for when there’s a live crowd present. Undoubtedly, having an audience in attendance will improve the quality of the show, as it did at WrestleMania 37, but not giving fans anything to enjoy prior to that happening will only hold the product back in the long run.

So what exactly can NXT UK do next now that Rampage Brown has been bumped to the back of the line? Luckily for them, there’s a star in the making in ‘The Irish Ace’ Jordan Devlin. Following a career high performance at TakeOver: Stand and Deliver, the now former Cruiserweight Champion has enough of a following to see him through to the NXT UK Championship picture.

Fans of OTT Wrestling will recognise the history that Devlin and WALTER have in championship competition, with the Irishman acting as a valiant babyface who was determined to see the big Austrian’s reign of terror brought to an end. Devlin might not be every fan’s first choice to be the one to defeat WALTER, but there’s no denying the surge in popularity since his Ladder match with Santos Escobar. Should NXT UK be willing to double down on his potential, then Devlin could easily rise through the ranks and pose a legitimate threat to WALTER come the next UK TakeOver show.

With all due respect to ‘The Ring General’, NXT UK can’t rely on WALTER to sustain the brand for much longer. His star power is undeniable after what’s been a remarkable tenure as the NXT UK Champion, but there comes a time for all champions to take a journey into the sunset to pursue bigger and better avenues. Now might be that time.