What Is DDR5 In Video Games? 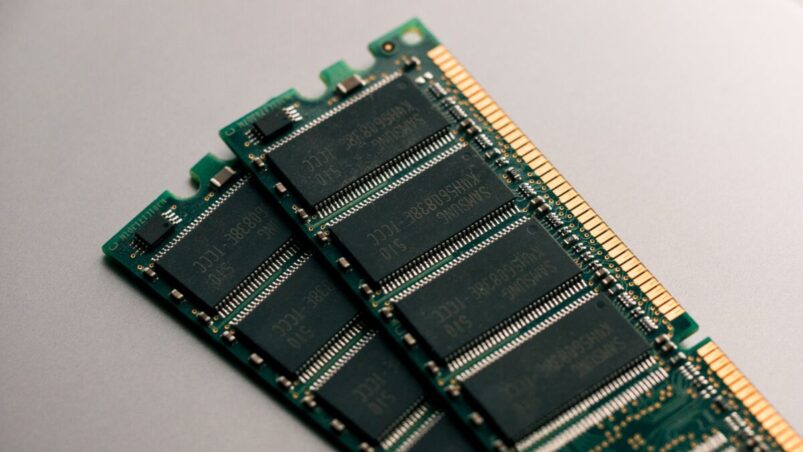 The era of DDR5 has commenced, with the newest generation of RAM for PCs released in July 2020 becoming more popular as time goes by.

DDR5 isn’t quite mainstream, and there are many questions for those that are curious about the new technology as it becomes increasingly more in-demand.

These leaps in PC memory typically do not occur as frequently as other technological innovations might. However, a mere 7 years after DDR4 was revealed, its successor, DDR5, made its debut.

There are many new things to be learned about DDR5 before making the switch. Some improvements are quite obvious, including advances in speed and other important differences. Depending on the PC or motherboard that you buy, you may have to completely switch to DDR5, as boards that use DDR5 are not backward compatible with DDR4 and vice versa.

DDR5 is the most recent generation of PC memory, also known as RAM, released. It is the fifth generation of Double Data Rate Synchronous Dynamic Random-Access Memory, or DDR SDRAM.

There are many key improvements from the last generation of DDR to the new one, including memory bandwidth, capacity, and power consumption. The urge to develop DDR5 mainly came from a desire for greater capacity, with DDR5’s capacity of 64GB per integrated circuit being a fourfold increase from that of DDR4.

The data rate is twice as high, as well, which will benefit those users who want to receive greater performance from integrated graphics on supported processors. While DDR5 may not be quite mainstream yet, it is definitely the way of the future.

How Is DDR5 Different from DDR4?

The long-term potential for DDR5 is phenomenal since the bandwidth actually peaks at 8,400 MT/s, and these major performance increases will be seen as DDR5 matures. Some DDR4 modules go up to 5,333 MT/s, but those modules are overclocked and well beyond the standard limits.

The max capacity for DDR4 for one DIMM is 64GB, and 32GB is the most commonly available. DDR5 will increase capacity by a lot, with its capacity being 128GB per DIMM. Lower capacities are available, as well, but that jump in GB is fairly impressive.

Obviously, there’s still a significant difference in price between DDR4 and DDR5. Since DDR5 is still fairly new, it’s going to cost more than DDR4 and probably will for a while. However, over time, the price of DDR5 will go down and become more manageable as it becomes more mainstream.

DDR5 takes the voltage down from 1.2V to 1.1V, providing a lower power consumption rate. It also has on-die Error Correction Control on board, though this is only for the data on the module itself. Lastly, DDR5 has an upgraded SPD, or serial presence detect, which makes way for refined RGB implementation.

READ NEXT: What Are iFrames In Video Games?