Home
Gaming
What Happened To The Games From Microsoft’s E3 2019?
Gaming
·5 min read

What Happened To The Games From Microsoft’s E3 2019?

Not a lot of them are out just yet! 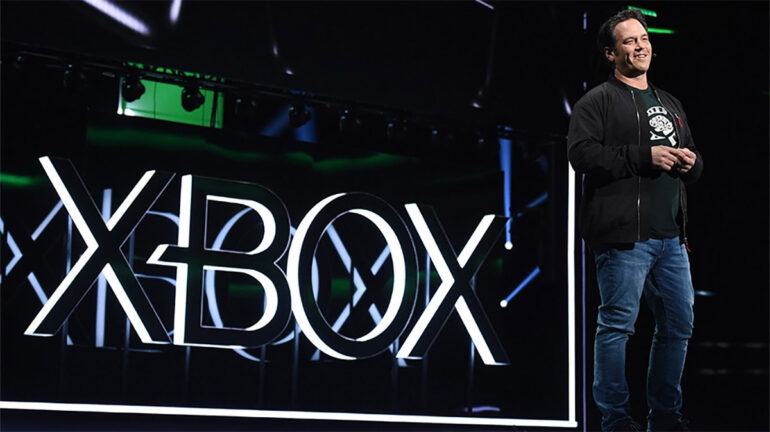 E3 2019 was the last E3 we had that was full of conferences all booked back-to-back and chock full of announcements. Packed halls with hyped fans fuelled the gaming collective’s energy for new content and releases decorated by lavish presentations and stage shows. The 2020 pandemic obviously threw a large wrench in those plans, with the gaming industry choosing to hold isolated streaming events throughout the year at their own pace.

With E3 2021 right around the corner, but not fully ready to resume the same dog and pony shows of yore, let’s look back on how announcements from 2019 have fared since release, starting with Microsoft.

Keanu Reeves would make a surprise appearance on stage at the show to highlight a near-final trailer for Cyberpunk 2077 and introduce the world to his character, Johnny Silverhand. The show even spawned a meme when a fan in the audience shouted “You’re breathtaking!” and Keanu responded back. At the end of the trailer, the previous release date was shown to be April 16th, 2020. Following a delay in January of 2020, Cyberpunk 2077 would be pushed back three more times until December 10th, 2020. Throughout the year though, CD Projekt RED held a number of virtual events showing deep-dives on systems and gameplay of Cyberpunk 2077 along with several cross-media projects such as the comic book series Trauma Team, and the animated series Cyberpunk 2077: Edgerunners by famed anime studio Trigger debuting in 2022 on Netflix.

Cyberpunk 2077 would go on to have a rough launch on the PlayStation 4 platforms with a controversial removal from the PSN stores that has remained in place until undisclosed conditions are met between CD Projekt RED and Sony. Despite also suffering from numerous bugs on the PC, Cyberpunk 2077 was met with generally favorable reviews from many outlets and would go on to see 8 million pre-orders on all platforms with around 74% of the sales being digital. The controversy surrounding shoddy performance would go on to haunt CD Projekt RED along with numerous allegations of poor working conditions at the studio along with broken promises of employee bonuses being paid out. CD Projekt since has been at work on numerous patches that would fix a large number of problems with Cyberpunk 2077 and has been teasing announcements in regards to expansion content for the game coming sometime in the near future.

Most of the games shown would launch to largely favorable or even rave reviews. However, a few games have been glaringly MIA since the largely successful conference, including Psychonauts 2.

During the Microsoft conference, longtime independent developer Double Fine Productions announced they would be joining the Microsoft Studios umbrella of developers and concentrate on releases primarily for Xbox and PC platforms. Studio head Tim Schaefer would also present a new trailer for Psychonauts 2. The game was subject to delays into 2021, but as of June 2021 it’s seen a rating by the ESRB which indicates an imminent release date.

Psychonauts 2 is still planned to be one of, if not, the last multiplatform releases by Double Fine due to obligations from the crowdfunding campaign launched on Fig back in 2017 by Tim Schafer.

Leaks allegedly featuring snippets of gameplay have made the rounds since then, but no announcements in regards to the status of the game has been formally addressed since early 2020. Writer and game industry insider Jeff Grubb also claimed during an episode of The Game Mess Show on June 1st, 2021 (the news appears around the 9:45 mark) that Summer Games Fest and The Game Awards host Geoff Keighley has information about or a trailer of Elden Ring that will be shown on June 10th, 2021.

Dying Light 2 was also delayed out of the “early 2020” window and into an indeterminate timeframe. Techland also faced controversy in 2020 following allegations of assault against head writer, Chris Avellone, who then departed the studio following news of his termination from the project.

After several Q&A sessions with Techland developers and an online event called “Dying 2 Know” on May 27th, 2021 Dying Light 2 was announced to have a release date of December 7th, 2021.

Halo Infinite would also see its first full-length cinematic trailer from 343 Industries during E3 2019. While appearing to run in-engine, the trailer was presented like a cutscene. Since this premiere, the game would be delayed to outside the launch of the Xbox Series X | S (known in 2019 as Project Scarlett).

There would also be additional controversy (and memes) with fans questioning the new graphical style seen in 2020 trailers and 343 Industries addressing fan feedback about the appearance of the game. More positively, Microsoft announced in August 2020 that the multiplayer portion of Halo Infinite would be released for free on Xbox and PC. Halo Infinite is currently penciled in for a “late 2021” release, but Microsoft hasn’t committed to any solid dates as of right now.

In terms of hardware shown, it was largely a very quiet showing with Microsoft only showing off the Windows 10 version of Xbox Game Pass, a beta version of its Project X-Cloud streaming service, and a new version of the Elite Controller.

The big teaser would be, obviously, the massive tease for what was known back then as “Project Scarlett.” The next-generation Xbox console would be using all of the then-promised specs: A custom CPU designed by AMD using Zen-2 architecture, GDDR6 RAM with an SSD that can serve as a virtual RAM cache, virtually instantaneous loading times, a peak of 8K picture support with ray tracing in upcoming titles, and backwards compatibility with four generations of consoles, even the first generation Xbox. Since all of the Xbox consoles used some form of X86 architecture largely based on AMD hardware, this wasn’t very difficult to implement. However, what Microsoft didn’t fully disclose at the conference was that Project Scarlett would be two consoles: the Xbox Series X was codenamed Anaconda according to internal documents and the Xbox Series S was codenamed Lockhart.

E3 2019 was a generally positive year for Microsoft that teased the next-generation of hardware, unofficially starting the next-generation console wars, and showing off a solid lineup. It’s hard to deny how high Microsoft has set the bar for the modern E3 showcase that just delivers hit after hit. Washing off the stain that was the awkward announcement of the Xbox One’s original incarnation, Microsoft has become one of the last bastions carrying E3 to this day. Here’s hoping their dedicated showcase with new partner Bethesda Softworks puts on a big display for 2021.

READ NEXT: The Xbox Series X’s Benefits Became Clear Once I Went Backwards