As long in the tooth as its name. 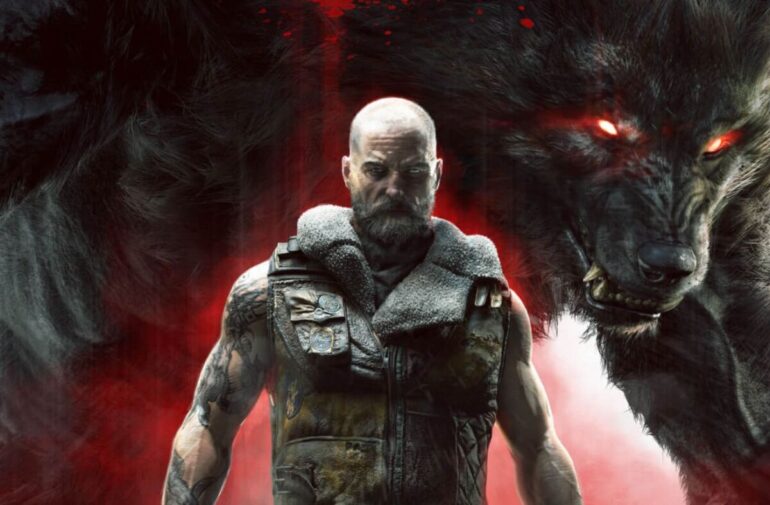 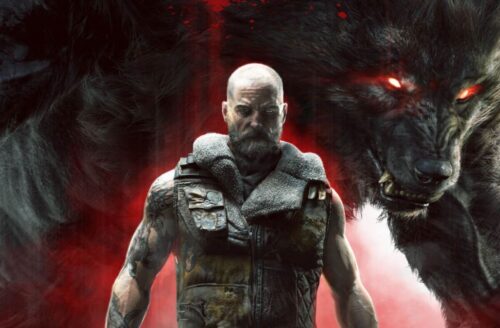 As well as being a bit of a mouthful to say, Werewolf: The Apocalypse – Earthblood has somewhat of a strange history. Based on the World of Darkness tabletop series, it is also part of the same fictional world as Vampire: The Masquerade.

However, Earthblood is developed by Cyanide, a French developer noted for its sport-based simulations as well as generally middle of the road narrative games that have received mixed receptions from fans and critics alike. This history of failing to produce consistent high-quality titles might go some way towards explaining some of the problems with Earthblood, a game that tries to do a lot of good things but fails to leave any sort of positive lasting impression. In a similar way to Cyanide’s other stealth projects, like Styx: Shards of Darkness, the gameplay ends up being flawed and unsatisfying, despite the interesting ideas that the game plays with at times.

The basic premise of Earthblood is that a werewolf by the name of Cahal is fighting against an evil corporation known as Endron. This organization, along with its parent company Pentex, is causing a huge amount of pollution and threatens permanent damage to the Earth’s environment. As a werewolf, Cahal is tasked with protecting the natural world and wages war against Endron.

Earthblood opens with a fairly short mission that aims to introduce the basics of gameplay and set the scene for the events that follow. Cahal’s wife is killed during this opening level, leading to him accidentally killing another member of his pack in a fit of rage — an action that sees Cahal banish himself for the safety of the rest of his family. But he returns some five years later to carry on the fight against Endron when it begins to endanger the lives of his former pack.

From there, the story essentially just involves Cahal attempting to undermine Endron whenever possible, typically by sneaking in to and sabotaging important facilities or through taking out key executives in the company. The interesting story of an eco-warrior attempting to save the planet becomes all too predictable after just a few missions and the narrative never goes in a direction with any twists or turns to make the player stop and think. The characters are equally as bare-bones, with little in the way of substance to provide any sort of motivation to the player.

This basic flaw with the story is also something that carries over with the gameplay. Earthblood has a unique mechanic that gives the player the opportunity to switch between three different forms: Cahal’s human state, a wolf, or a terrifying werewolf, each with distinct capabilities and advantages. For instance, the wolf is good at sneaking around and moving quickly but cannot use technology, while the werewolf form is powerful but also unpredictable and dangerous to allies.

Much of the game is spent balancing when to use the various forms and how to get around the enemies that stand between Cahal and his objectives. This could have been a compelling concept for Earthblood, giving the game something to really help it stand out in what has become a crowded market. Unfortunately, the frustrating yet also boring stealth gameplay really brings down the entire experience.

Without any way to influence the behavior of guards, taking them out silently is rarely ever an option that works. That’s largely because every enemy is almost always in the sightline of another, making silent takedowns practically useless the majority of the time as someone will see the action and raise the alarm. This flaw takes the fun completely out of playing as a human or wolf, as it becomes a process of trial and error in terms of how and when to try and stealthily dispatch guards. The only alternative that seems to work is to move painfully slowly around the missions, creeping around at a snail’s pace to remain undetected.

After playing a few missions, it is almost better just to go in all guns blazing from the start and jump straight into battles. At least that way you get to experience the best part of Earthblood: becoming a huge werewolf and quickly wiping out hordes of soldiers. Combat takes inspiration from beat ’em ups, with players given a light, heavy, and special attack, although it is also possible to switch stances between being agile to avoid incoming attacks or heavy to be slower and more powerful.

The first time you get to become a werewolf and experience the true power of the supernatural beasts is exciting, and it’s a lot of fun trying to balance between the two stances to take out different types of enemies. Bulkier soldiers with shields and armor are best tackled with the heavy stance, while ranged foes require more mobility to dodge out of the way of gunfire. Some enemies even have silver weapons that reduce your maximum health until the end of the battle.

Where Earthblood falls down again, though, is that everything begins to feel the same after the first few battles. The combat becomes repetitive and enemy encounters all play out in the same way. There’s almost no variety to the soldiers that you face throughout the story and even boss battles offer little respite, as they are generally just bigger and stronger versions of the enemies you have already fought. Upgrades in the RPG-style skill tree are focused more on improving skills rather than granting new abilities or powers, so there is no real opportunity to mix up the combat.

This feeling of monotonous repetition is present throughout Earthblood. Every mission feels like a recycled version of the one that came before, with the player tasked with doing the same objectives against the same type of enemies over and over again. The game simply offers no real options for expanding how you can fight enemies and make battles more diverse. In truth, after playing just two or three levels, you’ll experience pretty much everything that Earthblood brings to the table.

To make matters worse, Earthblood is not a particularly impressive game to look at. The cutscenes look great but the rest of the action appears decidedly last-gen, to the extent that it wouldn’t be surprising to think this was a game that’s a few years old rather than a brand new release. Players shouldn’t expect too much in the way of voice acting or sound design, either. The characters either sound very over-the-top or disinterested, meaning that the dialogue has little chance of sounding believable. Add in a metal soundtrack that can only be described as a cheap knock-off and the presentation of Earthblood is just as lacking as the gameplay and story.

Earthblood certainly has some nice ideas and, if implemented better, these concepts might have made for a more compelling game. As it stands, the gameplay ends up becoming boring and repetitive far too quickly, making this a game that isn’t easy to recommend to even the biggest fans of the stealth action genre. With no interesting story or high-quality presentation to redeem it, Earthblood ends up being a frustrating and forgettable experience that will only really appeal to those who are invested in the larger universe of the World of Darkness series.

An Xbox Series X key was provided by PR for the purposes of this review. 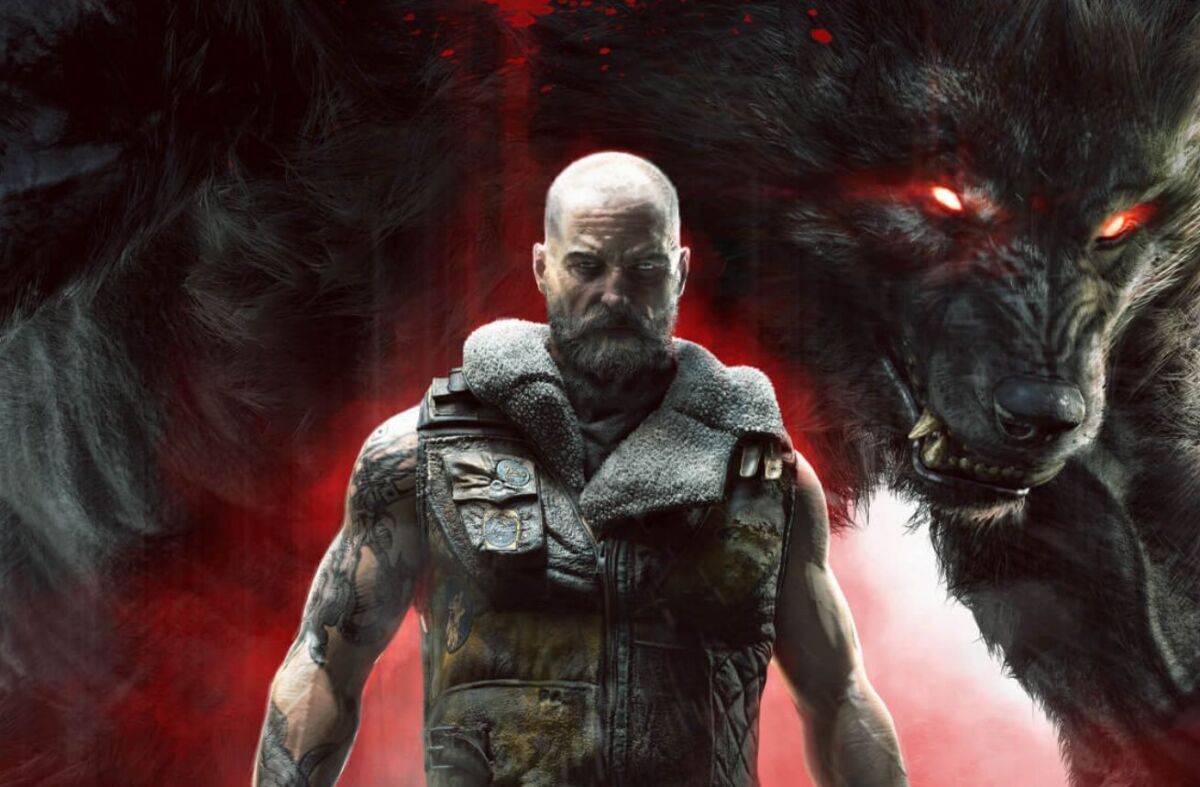 Verdict
Werewolf: The Apocalypse – Earthblood has a lot of interesting ideas, but the boring and repetitive gameplay and lack of compelling story mean it fails to make a lasting impression.
3
Cultured Vultures is a pop culture website established in 2013 covering all things gaming, movies, and more. We eat your words.
All The News On The Biggest Games