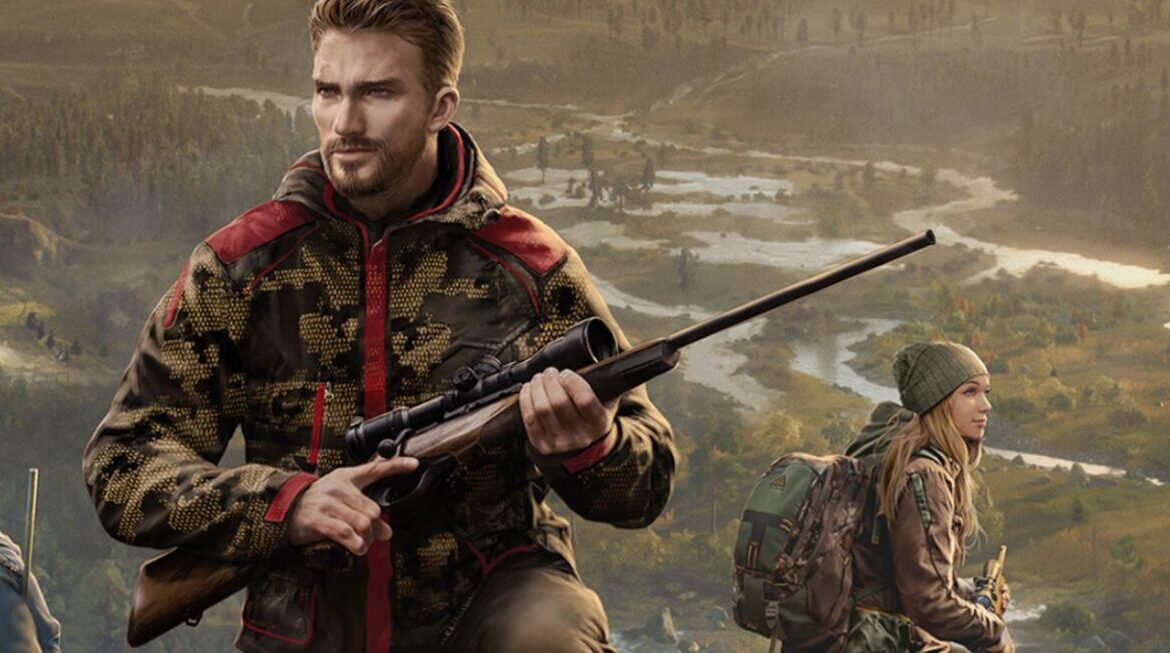 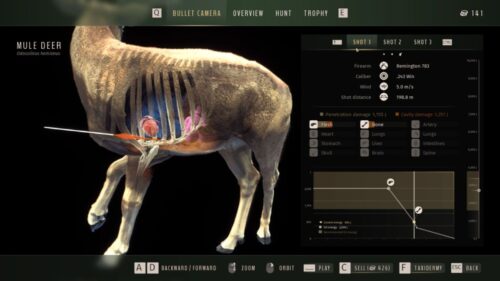 Humans have always needed to hunt. Whether it’s early mankind’s struggle against the untamed wilds for survival or the venison enthusiasts of today, we’ve never been a people afraid to get our hands dirty. Way of the Hunter by Nine Rocks Games seeks to provide an experience as close as possible to modern day hunting to give the player an authentic wildlife hunting feel.

You take the role of River, a stuntman from the big city on your way to your grandfather’s hunting lodge. After your grandpa has fallen ill, you decide to step up and take care of his business while he recovers. Though it’s been years since you’ve hunted, the skills your grandfather gave you never dulled. Armed with your grandpa’s old rifle and not much else, you’ll need to hit the ground running if you want to keep up his lodging and professional relationships.

From the first moments, Way of the Hunter nails the look and feel of the great outdoors. Rolling hills, detailed foliage and a huge map will no doubt catch your eye at first glance. Walking through your new lodge has an authentically rustic feel, even if it starts off devoid of any animal trophies, which is nailed home by the beautiful view you get from the Nez Perce Valley. While the human characters aren’t as detailed as the rest of the game, the environment and wildlife around you is always filled with an air of life.

These visuals are backed up by some excellent surround sound design that tingles the senses. It’s one of the more impressive aspects of the game, since an attentive player is rewarded for keeping both their eyes and ears open while playing. The volume of your footsteps, the different cries of the animals in the distance, and dynamic sound effects from trees and rivers brings you into the world in an impressively tangible way that’ll fill you with a sense of adventure.

While exploration is fun and running or driving through the detailed wilderness is immersive, Way of the Hunter’s focus is squarely on the hunting aspect. To this end, the game pulls no punches and holds no hands. Everything from the type of gun you use to the way you move through the woods counts. Your choice of scope, caliber and type of gun, rifle or otherwise, cannot be ignored if you want to actually hit your shots. This means when you’re ready to hunt, you’ve got plenty of prep work ahead of you and there’s no going in guns blazing like in most first person shooters.

You’ll need to track down animal watering holes, feeding spots and resting places while you trek through the wilderness before even thinking about trying to post up to hunt the wild game around you. You do this by activating your Hunter Sense, an offshoot of the famous Assassin’s Creed style Eagle Vision, to help you discern where these places are. Your Hunter Sense will also point out when animals make noise and leave tracks, while also helping you judge their condition from afar when looking at them through binoculars or rifle scopes. Even though this helps you stay on track, it’s one of the few immersion breaking mechanics offered by the game since it puts a dark and slightly blurry filter over the world.

Shooting also isn’t as simple as it is in other games. Unlike some of the more mainstream first-person shooters, you’ll need to really line your shots up before you take them. You’ll do this by combining the data you get from scouting the animal with your scope or binoculars, then zeroing in on the distance with your gun. Messing up these calibrations could mean getting a bad shot, or missing entirely, especially since River needs to hold his breath to steady his aim. Since the aim of game hunting isn’t to slaughter the animal or make it suffer, you’ll always want to prioritize taking the kill shot for the most ethical results, especially since those net you the biggest cash rewards.

While the culmination of this preparation to land a kill is immersive and fun at first, things can quickly start feeling tiresome. The feeling never really goes away, either, since Way of the Hunter leans heavily into the simulation side of things. This means you’ll be waiting for very long periods of time, without a wait function, for animals to appear and get yourself into shooting mode. This keeps the immersion level high and landing a kill shot on the target feels insanely rewarding, but nearly everything else loses its flair rather quickly because you could be spending upwards of 5 to 15 real world minutes waiting for the game to populate the area you’re ready for. Since you’re discouraged from going towards the game you want to hunt, as your presence will easily alert them, you almost always need to wait for them to come to you.

It also makes landing shots that aren’t kill shots discouraging since you need to pursue animals that don’t die after you shoot them. Pursuing a wounded animal isn’t the most fun you can have in Way of the Hunter, since you’ll need to constantly be keeping track of the small blood trails the animal leaves behind. These can get easy to lose if you aren’t looking for them specifically, since your Hunter Sense doesn’t prioritize the blood trails over other markers, such as footprints or other notable areas. If you’re in a place where there’s a lot of animal activity, it can be easy to mistake a trail of footprints for a blood trail and follow it to nowhere. Taking the animal in to make a taxidermy trophy feels great and there are some impressive trophy dioramas, yet it almost never outweighs other missions you’ll need to do or even selling the animal to the butcher for a profit.

Landing shots on animals are the most memorable parts of Way of the Hunter, mainly due to the incredibly detailed kill cam that happens when you claim your kill. After claiming your animal, you’re treated to a real-time x-ray camera that follows your bullet through the places it hit the animal. You’ll see your shot in detail, what organs and bones it damaged, and the quality of the kill will determine how much you can get for it. Though this detail can be a bit gruesome when it first happens, the information it gives only adds to the immersion factor of the game.

Way of the Hunter is a game made for the hunting enthusiast. The game has a fantastic focus on realism and captures the feeling of woodland hunting fairly well, with fantastic visuals and sound design that feels like it drops you smack dab in the middle of the forest. Unfortunately, the slow-burning, inactive gameplay doesn’t keep up with the visual and audio feast the game offers up front. There is little action in Way of the Hunter and while the action that does happen can feel incredibly exhilarating, it’s also easy to have it undermined by the clunky placement of the key aspects of the environment.

When it all comes together, Way of the Hunter is for those looking for a bit more of a grounded hunting sim experience with an added layer of exploration and detail, but isn’t the best introduction to the genre. 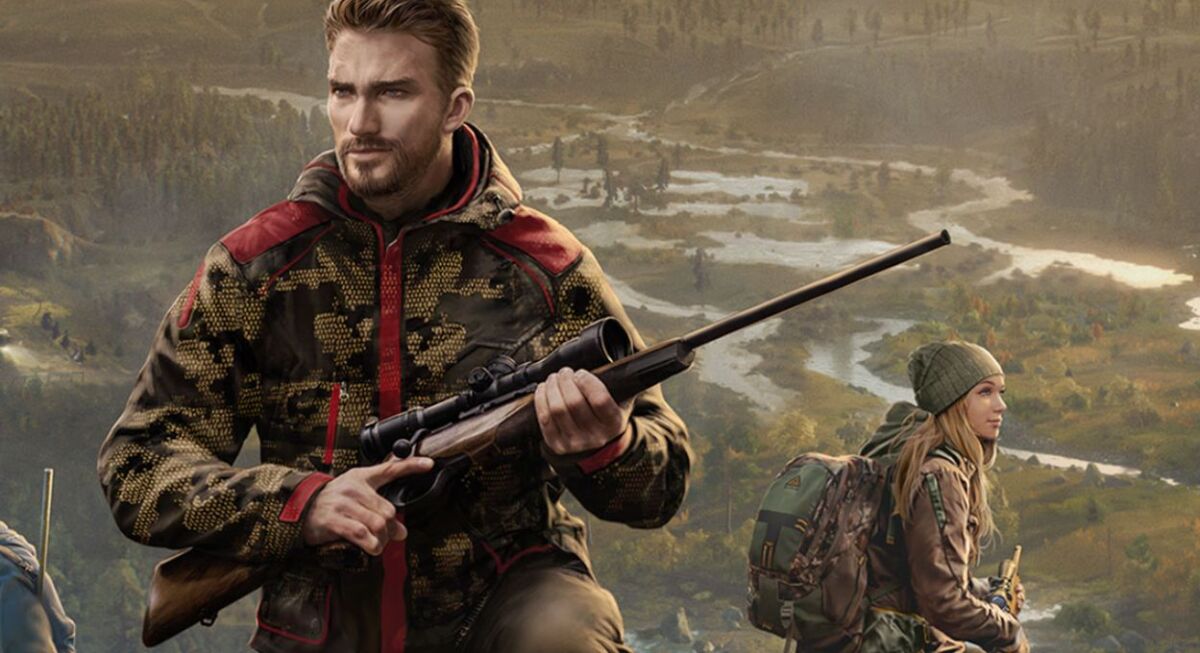 Verdict
Way of the Hunter is a deep and immersive hunting sim with beautiful visuals that fans of the genre will love. Unfortunately, its slow-burn gameplay and pacing, combined with the precise shooting mechanics make this game hard to recommend for new players.
7
Cultured Vultures is a pop culture website established in 2013 covering all things gaming, movies, and more. We eat your words.
All The News On The Biggest Games