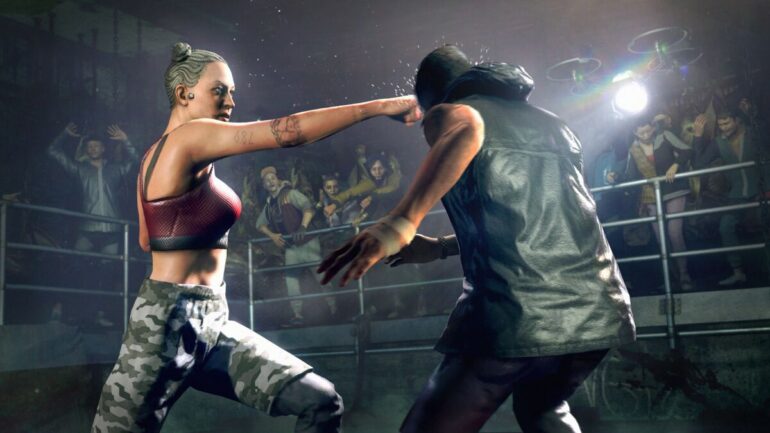 London has become a dystopian hellscape, but at least in Watch Dogs: Legion, you can do more about it than just vote. Here, you can recruit an old granny to kick a copper in the plums, and if that’s not the most British thing I’ve ever wrote on this fine website, I don’t know what is. Either way, Watch Dogs: Legion is available to play today on PC, PS4, Xbox One and Google Stadia.

What Is Watch Dogs: Legion About?

The third instalment of Ubisoft’s hacking based free roamer, Legion takes the series to London, which has gone to the dogs thanks to a mixture of rampant organised crime and a paramilitary police force intent of keeping the peace via the heel of their boot.

In order to strike back and reclaim London, DeadSec are recruiting, and they’re recruiting anybody. From angry grannies with a point to prove, to local drunks, super spies, paramedics. ex-spies and more, you’ll be able to play as an incredibly wide array of randomly generated characters. Just try not to get too attached to them if you stick perma-death mode on.

Will It Be Available On Next-Gen?

It sure will be. Watch Dogs: Legion has been optimised for PS5 and Xbox Series X/S, and those updates should be available from day 1 of the new consoles. Better still, Ubisoft are supporting Xbox’s Smart Delivery system, meaning those who buy the game on Xbox One will still receive the next-gen update for free once they pick up a Series X/S. Ubisoft are also supporting a similar method for PS4 to PS5 owners to boot.