Warriors Orochi 4 (Switch) REVIEW – You Get What You Pay For 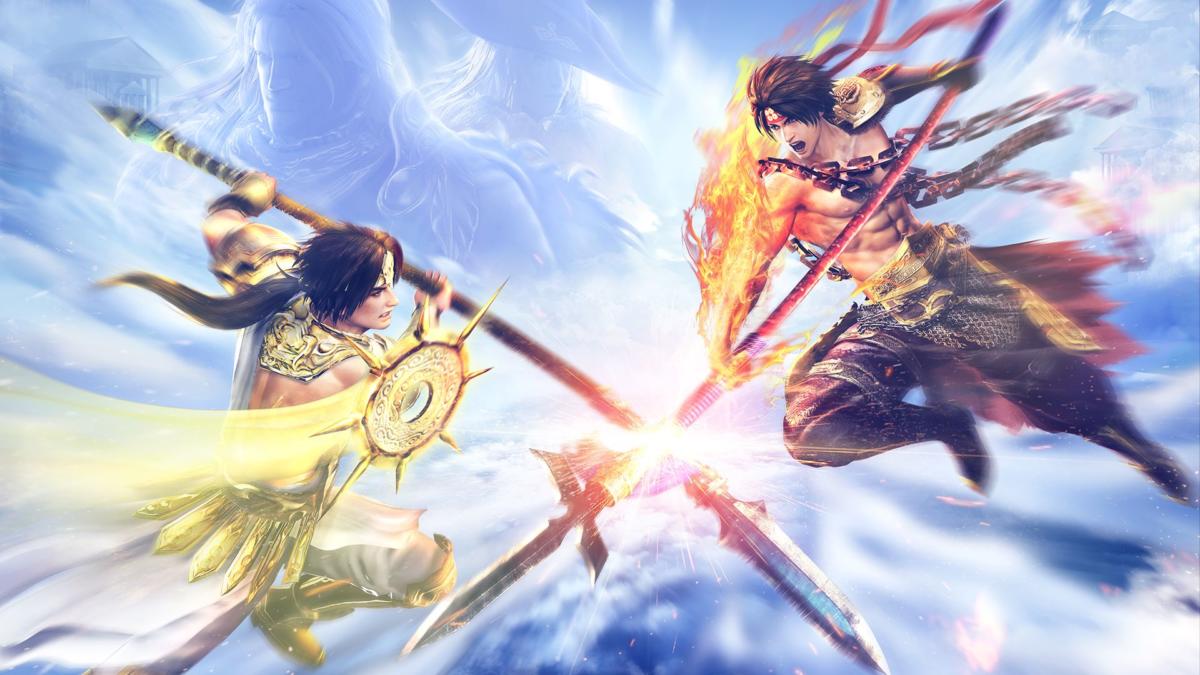 The biggest juggernauts of the gaming calendar are pumping out in full swing this time of year. Spider-Man, Assassin’s Creed Odyssey, Super Mario Party, and Black Ops IV (that’s how you use Roman numerals, by the way) have been unleashed, leaving titles like Red Dead Redemption 2, the Pokemon: Let’s Go games, Fallout 76, and Smash Bros. Ultimate remaining on the horizon just waiting to obliterate what’s left of our collective free times. Between all these huge titles, though, are some games that may slip through the cracks and appeal to more “niche” markets while still being fairly big themselves. Warriors Orochi 4 falls into this latter category, being a child of the somewhat divisive Warriors series of games, but deserves its own fair share of attention amidst a time of giants.

I’ve expressed my adoration for the Warriors franchise quite a few times in my limited tenure here at Cultured Vultures, but I’ll set up a primer for those uninitiated with the concept or do not share my love for repeated button-mashing cosmos-crossing insanity. 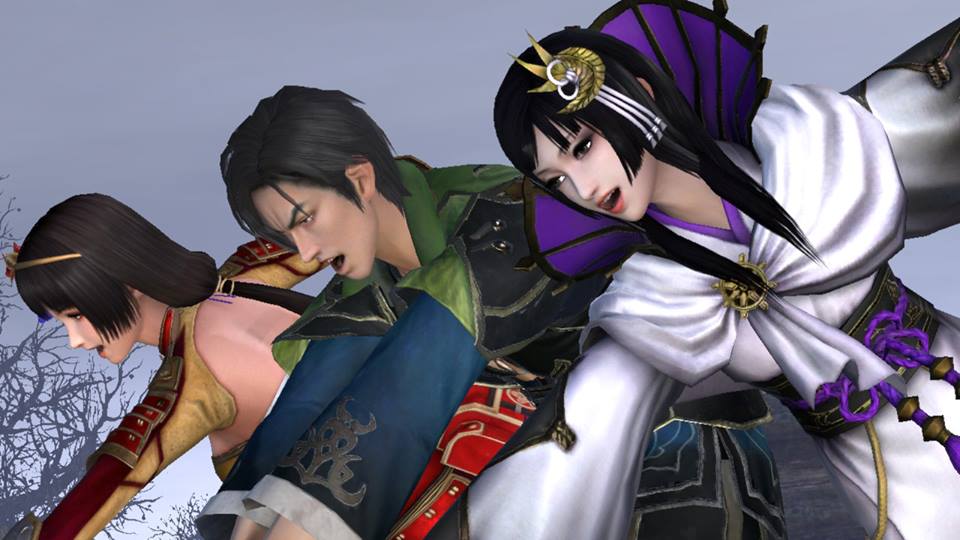 Warriors Orochi 4 is the fourth installment in the crossover series between Koei Tecmo mainstays Dynasty Warriors and Samurai Warriors in which the Serpent King, Orochi, bends their respective universes in order to find out just who is the strongest hero among them all. Warriors Orochi 3 Ultimate was originally intended to be the grand send-off for this particular spin-off series, but here we are with the next chapter. The key focus in the Orochi series in particular isn’t exactly story, but rather the interactions between characters and the incredibly over-the-top combos and numbers you put up as you bulldoze your way through hordes of enemies.

Unlike previous installments, this time the universe mashing comes at the hands of Zeus and the Greek gods. Athena, Ares, and Zeus himself are among the new playable characters, as is Odin of Norse mythological fame. They tie into everything because Zeus has given these heroes the ability to achieve “Deification”, meaning every individual character can attain the power of a god. 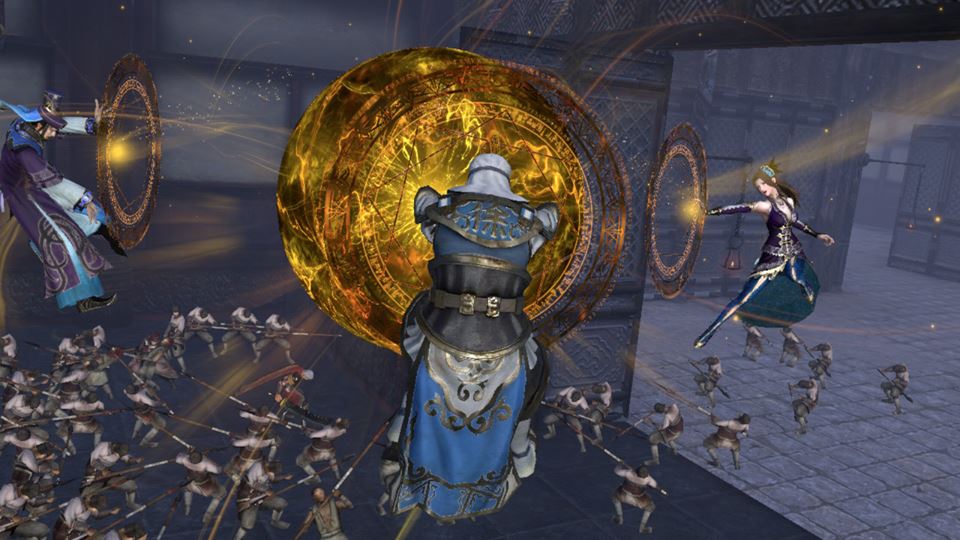 And, boy, are there loads of characters. Like every single game in this series, there are almost too many characters to rifle through at all. Luckily, you get to pick a team of three so that too many of them don’t get lost in the shuffle. Among one of the more beautiful features of the game is that every single individual character — of which there are over 170, might I add — has distinct motions and voices. While the Warriors games in general can be criticized with a lot of things feeling the same, the simple fact that so much effort went into making every bloody person feel unique is an immense effort that deserves applause in itself.

New to this game is the addition of support characters. You can choose up to four to tag along with your playable trio to help boost your stats and more. This new feature goes hand-in hand with another new field-slaying mechanic: magic. Now, every character has access to unique magical attacks that can do everything from make small storms that pull enemies towards you to flat out performing Dragon Ball-esque energy blasts. Put this together with the new Unity Magic mechanic and you can have all seven of your chosen characters show up and obliterate everything on your screen. 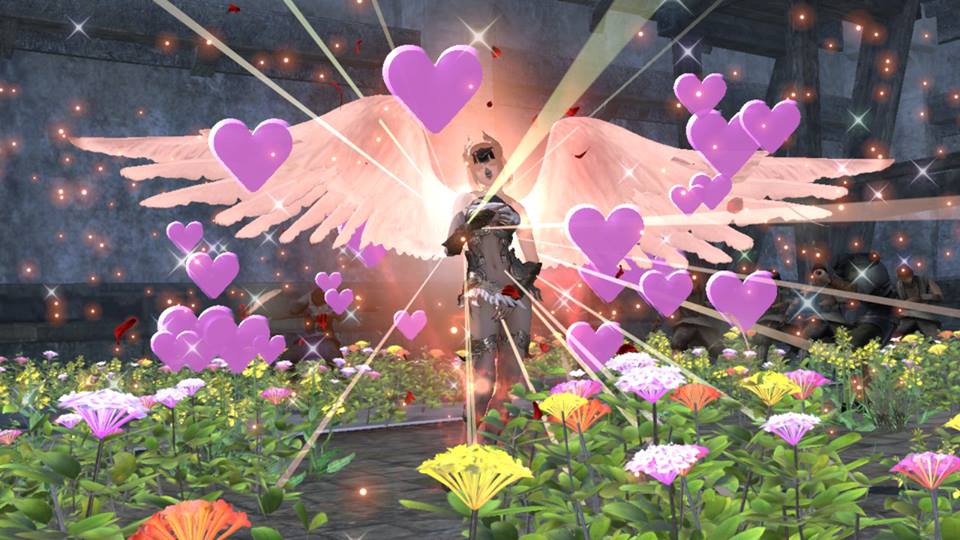 All these shiny new toys to play with don’t hamper the tried-and-true playstyle at all. It must be said that Warriors style games don’t change much — apart from the much maligned Dynasty Warriors 9 — and this one is no different. Going back to the shoebox style battlefields, you essentially hack and slash your way through entire fields of enemies and pick up new comrades along the way, all of you equally confused as to how you all got here. The ease and, dare I say, finesse of the hacking and slashing of this installment is top notch, easily reaching cathartic levels surprisingly fast. Until other characters commented on it, I honestly never even noticed when my kill count reached a thousand — I was having such a ball. Picking up all those friends, however, is perhaps my biggest gripe with the game.

As I stated, the point of the Warriors Orochi games is not story. It’s not going to compete with the likes of any narrative driven game, but Warriors Orochi 3 did set a whole new bar for this particular series. In 3, there was quite a bit of nuance, reason, and drama surrounding most characters showing up and getting involved. Everyone wound up fighting for the same side because if they didn’t, all of existence was screwed. In 4, however, everyone has amnesia and just wants to get home. There’s no nuance or whimsy to people switching sides or even showing up. They’re just there. And again, I know the Warriors games don’t have story as a strong point, but for me, that lack of unity for a cast this large is a big minus. 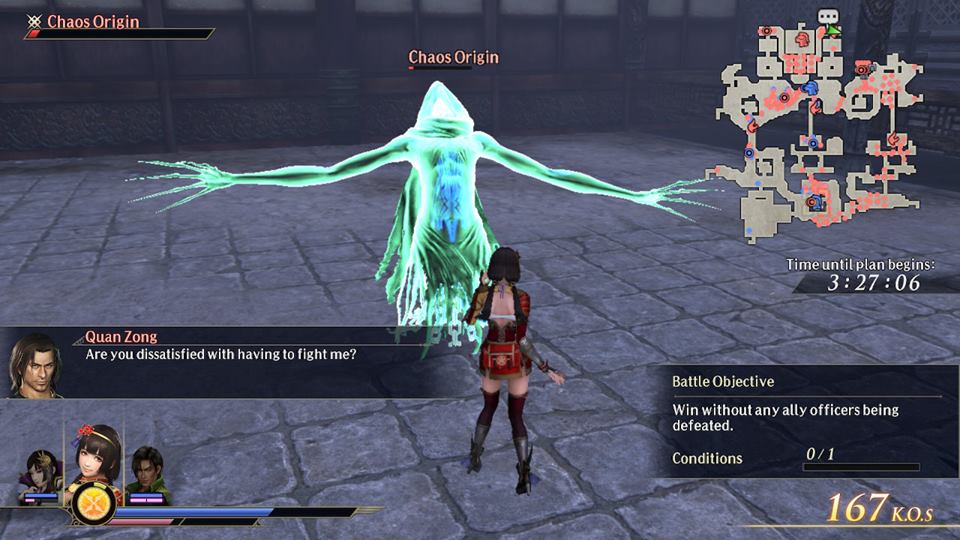 If there is another feature that is a bit iffy in this one is the fact that every character now has sort of RPG-esque ability maps. When characters level up, they acquire skill points which they can use to get new abilities. I realized this was the reason why I wasn’t flattening as many hordes as I wanted to from the start, as attack power is tied to this. While definitely an interesting feature you can use to maybe gear individual characters for utility usage – and in a cast so huge, that ain’t a bad idea – it feels a little bit in the way when all I want to do is make everyone as strong as possible and mindlessly cut down every enemy on the map.

The entire Orochi line started as a dream for the development teams of both Dynasty and Samurai Warriors, so it goes without saying that a bit of fanservice is at the heart and soul of these games as well. One of the biggest focuses of 4 is the upgraded bond system and the interactions between the Dynasty and Samurai characters. Bond enough — or even just recruit the right people — and you are treated to special little scenes that explore the depths of these characters from two very different periods and places.These interactions are also hints as to which characters can receive stat boots and improved performance when teamed beside each other, but the game doesn’t tell you that. So there’s a free tip on the house. I just adore these interactions because I gobble that fanservice nonsense right up, even if the interactions themselves can be a bit gushy. That is to say the characters compliment each other over and over and one could easily be put off from viewing them. 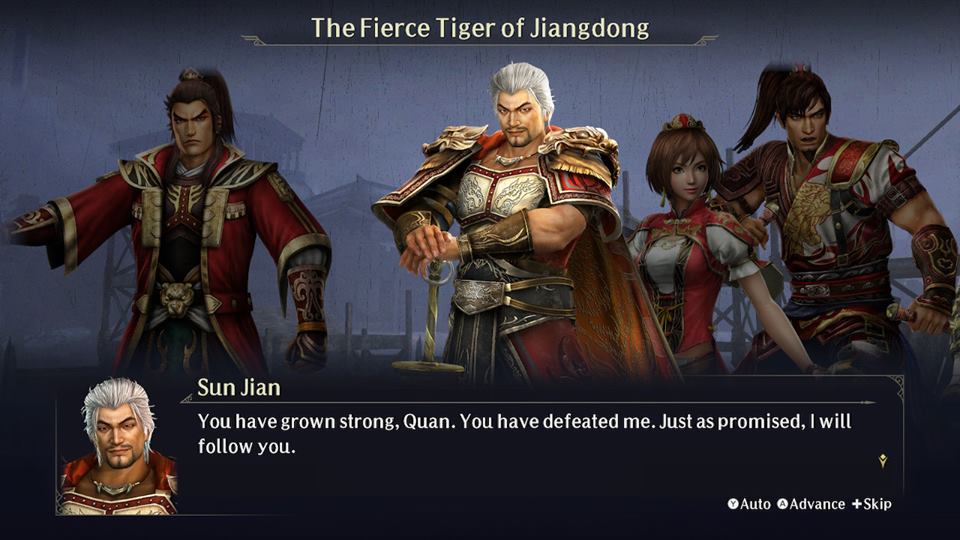 In particular to the Switch version of this game, I love the ability to just take this wherever, whenever right off the bat. Anyone who was on board with Hyrule Warriors or Fire Emblem Warriors will recognize that for games like this. The game itself runs smooth and doesn’t have any processing errors, either. My biggest fear with the Switch port was maybe it might lag or have trouble loading entire swarms of enemies given it isn’t exactly as strong as an Xbox One or PS4, but the little thing powers through flawlessly and delivers as it would on anything else. Here’s to hoping this brings the Dynasty Warriors games to a portable nature for later releases.

All that said, there’s isn’t anything terribly intricate about this game. The massive but distinct roster is phenomenal, the bonding interactions are cool, and the addition of magic and god-like powers adds to the already polished and satisfying battle mechanics. It’s just so hard for me to overcome that fact that this game lacks the charm of its predecessors.

I know the entire spin-off started as a giant excuse to get all these characters in the same game, but in every previous game, there was at least something to it. This one feels a bit empty and maybe its because it’s technically a clean slate to refresh the series. It also may be because Koei usually releases updated versions of these games, so the vanilla Warriors Orochi 4 experience may be very different from, say, Warriors Orochi 4 Ultimate in a year or so if that’s on the cards. Plain as it is though, it still has that number one quality of just being flat-out fun.

Verdict
A great, relaxing button-masher you can turn your brain off for and just power through and watch legendary heroes become friends, though it is missing a sense of wonder this time around that not even the Greek and Norse gods could replace. Microtransactions: none
7.5