Wandersong (PC) REVIEW – Sing Along To This Song 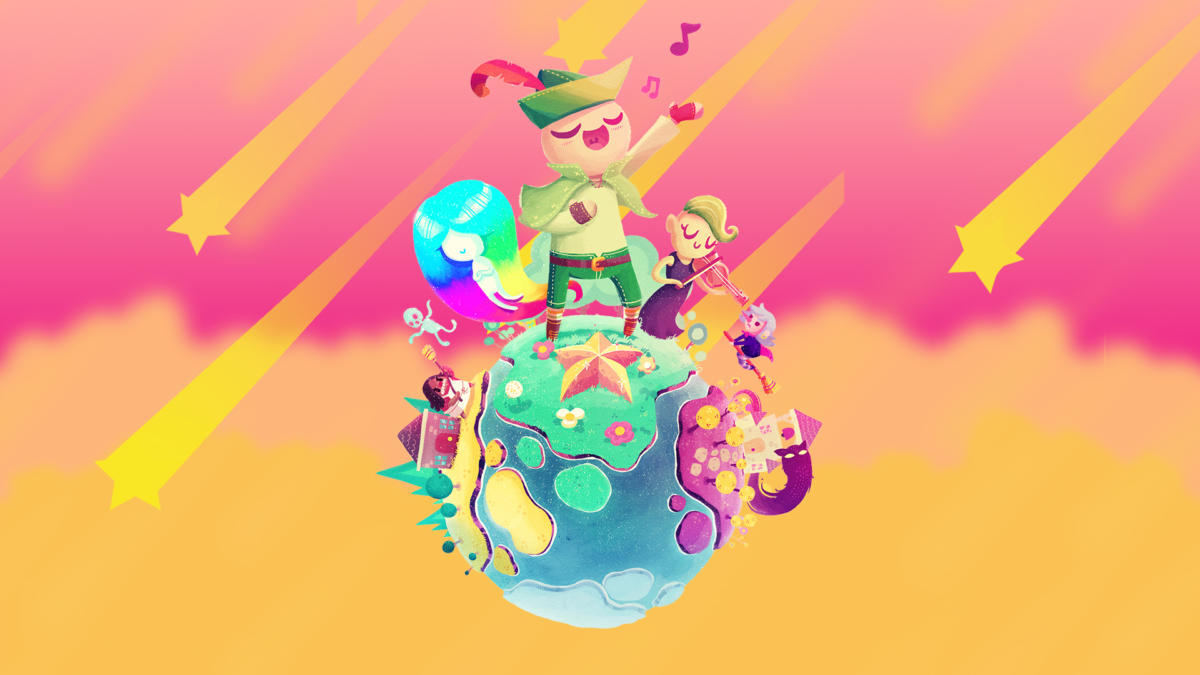 Music brings us together unlike anything else in life. Whether it’s swaying side-by-side with those close to you and bleating out Mr Brightside as loudly as you can after a few too many shandies or us all communally agreeing that Kid Rock is terrible, there’s nothing quite like music that helps us bond and connect. That’s the mindset behind the endlessly charming Wandersong from Greg Lobanov, which is an anti-depressant in video game form.

You play as a bard who isn’t even the “hero” of the piece; the pre-ordained saviour of the day. Instead, you just play as a guy who’s simply trying his best, prophecy be damned. It’s surprisingly inspiring and a welcome flip on the tried and true hero formula — there’s no powerful sword or destiny to fulfil, the bard’s just equipped with his voice and he isn’t afraid of showing it off at every opportunity. 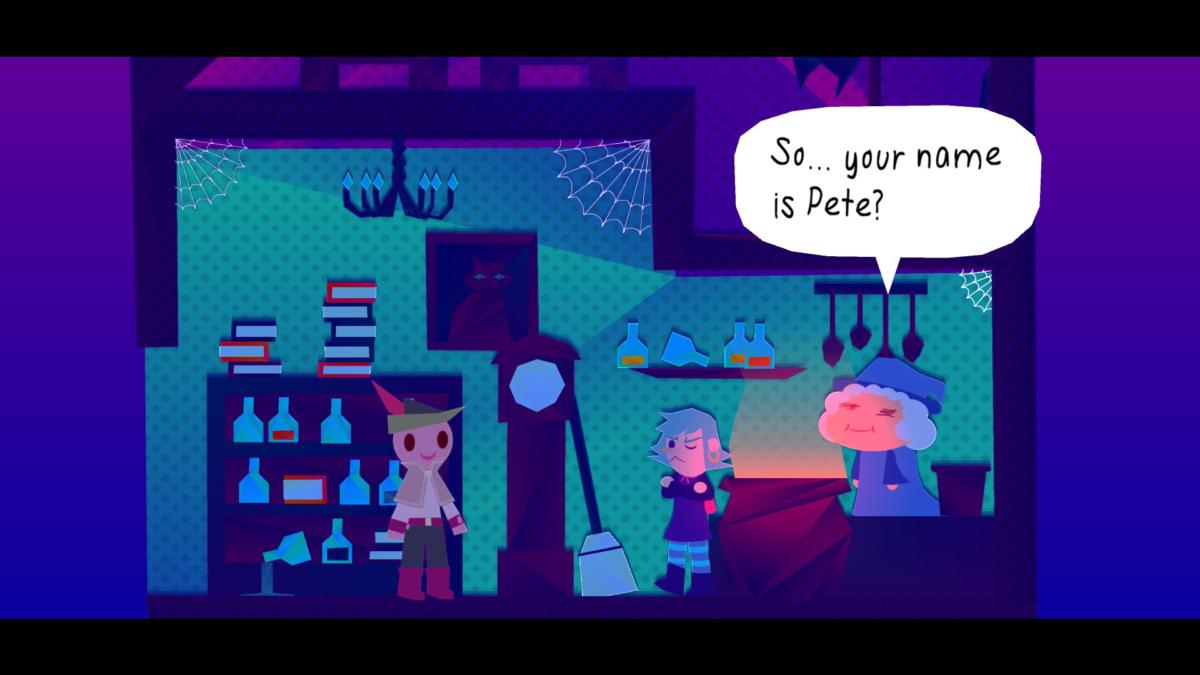 He gets plenty of opportunities, too: the world of Wandersong is packed with an eclectic cast of often hilarious and heartwarming characters across its seven acts. Those who loved Undertale and A Night In The Woods will find just as much love here in terms of quirky supporting player, so whether it’s a Spongebob-quoting pirate captain or the grumpiest sidekick in video game history, there’s plenty that will make you smile — I was grinning throughout like a cheesy idiot.

The bard’s globe-trotting comes about from his own self-appointed quest to save the world after its Overseers become stricken and corrupted, which entails them spawning monsters and embracing their darker sides. The “hero” has been given a quest to destroy all the Overseers and hurry the end of the world so the cycle can reset, but the bard has different ideas. Instead, he wants to learn a piece of a song from each of the Overseers which could save the day without need for bloodshed when all put together. 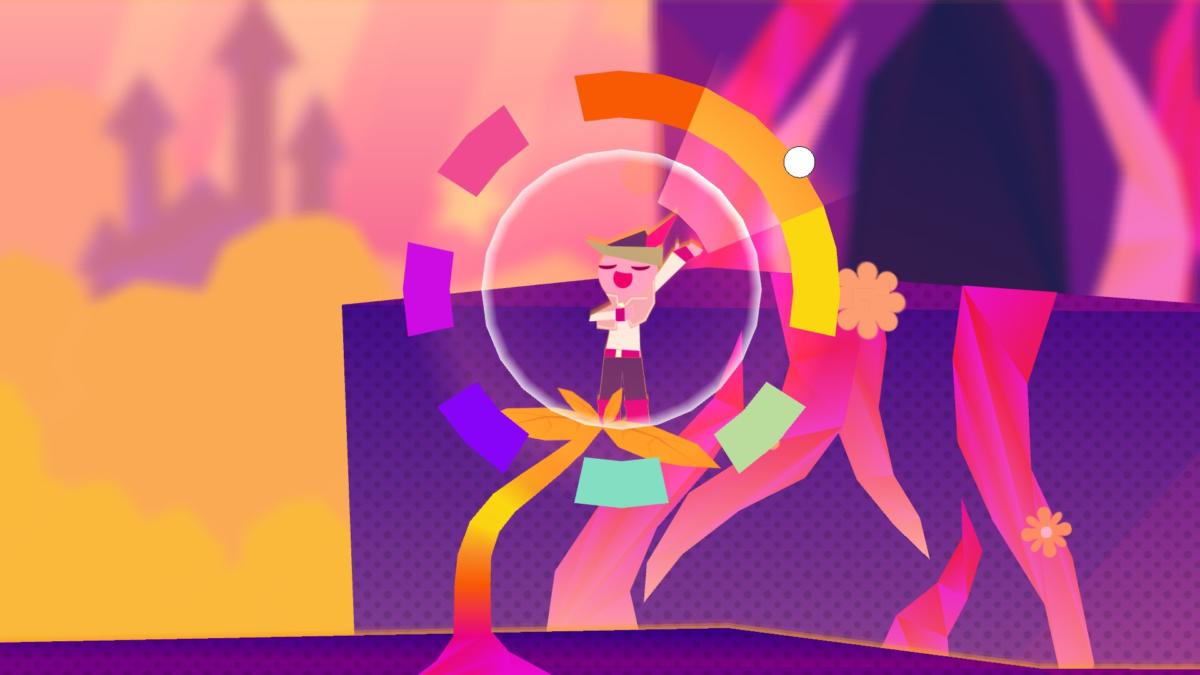 Gameplay-wise, Wandersong is a simple but hugely effective time — those looking for a challenge or something really complex to master may feel let down. Using a controller on a PC (which seems like the most logical way to play), the player typically only need to move, occasionally jump, and constantly harass the people of the world with singing by using the the right stick.

Different pitches are determined by the direction of the right stick: up is high, down is low. Players can even modify it further by crouching to hit deeper notes, which isn’t used all that often but is a nice touch all the same. Apart from some scenario-specific controls later on, that’s about as complicated as it gets in Wandersong, which helps it deliver its poignant message that we all too readily forget. 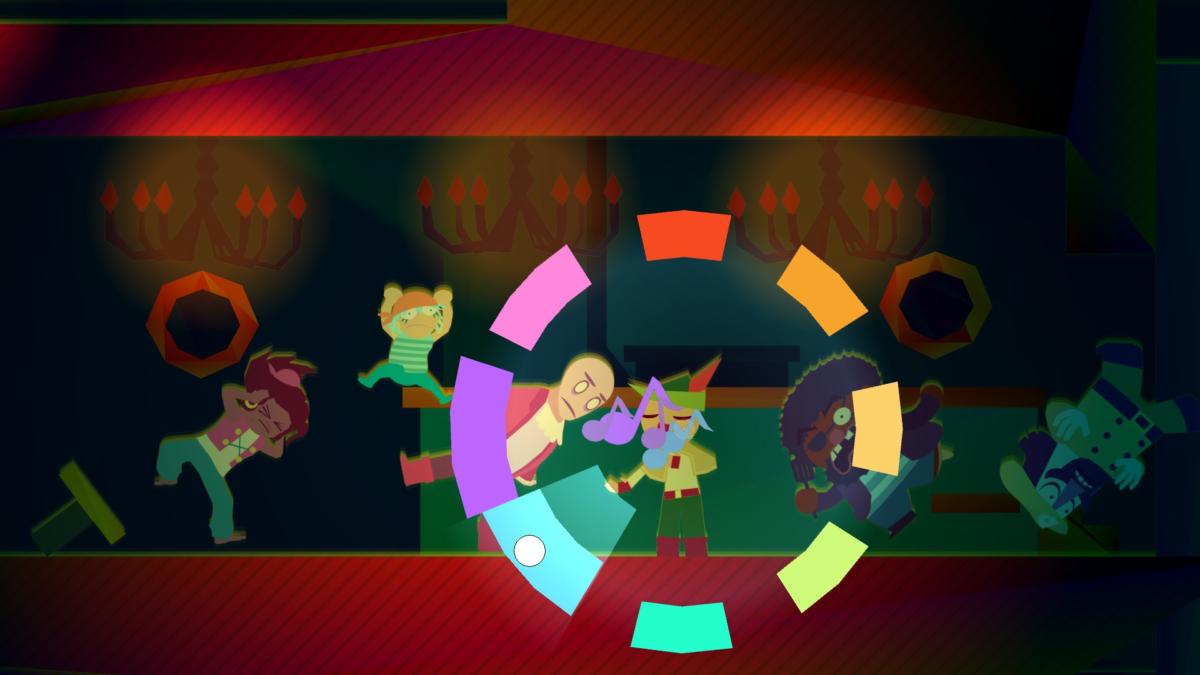 The application of the bard’s voice in genius in that it’s used to not only pacify some threats but also to solve puzzles and to get around. An early example is indicative of the kind of out-of-the-box thinking that permeates throughout Wandersong’s ten or so hours. The bard can utilise his voice to direct vine to lead him to greater heights with full control depending on the exact pitch he uses. A high pitch takes you directly up while a more moderate note will move you sideways.

There are many wonderfully inventive moments of design like this that keep Wandersong feeling like its continually reinventing itself beyond its basic premise. Late in the game, the bard is able to charm bugs to lift platforms and clear obstacles with the partnership only coming about from his refusal to step on them and his yeti friend leaving him to it. 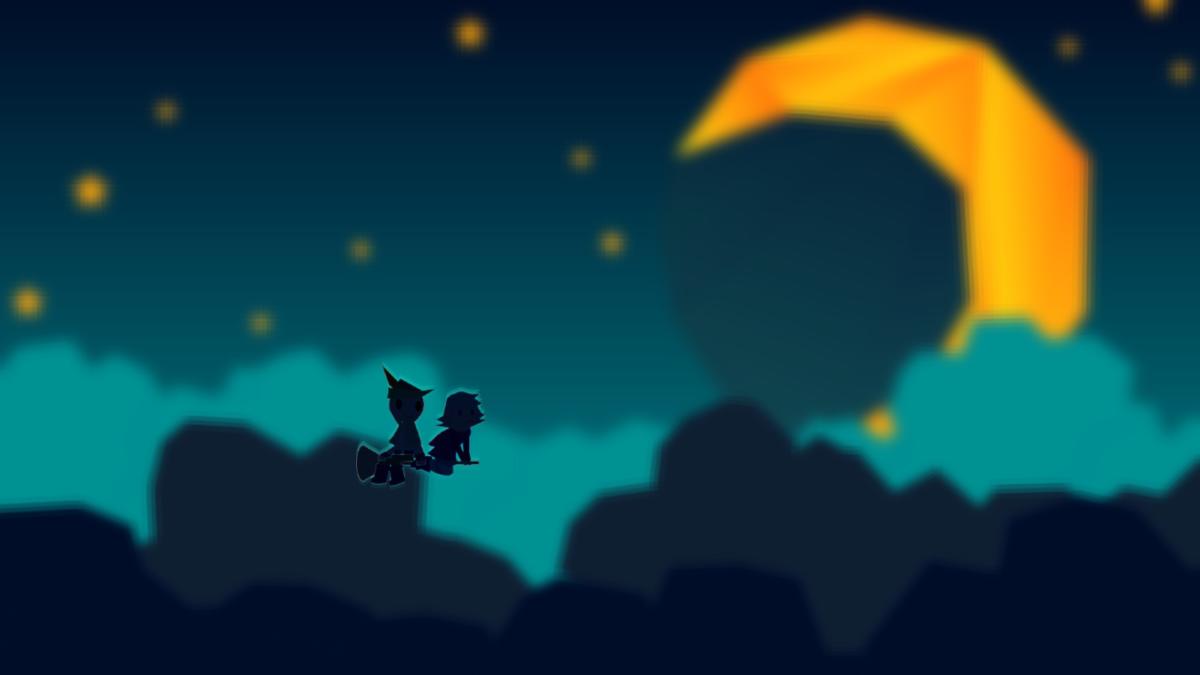 It’s not just in the gameplay where Wandersong does well to keep reinventing itself: each act almost feels like a different game. At one point, you’re singing on the seven seas with your pirate friends and exploring islands. At another, you’re in an bleak town with time of day mechanics to consider as you attempt to shut down an oppressive factory. This tactically scatter-shot approach to level design keeps Wandersong feeling utterly unique and unlike anything else you’re likely to play this year.

No matter the scenario, though, the bard almost always stays true to himself. Despite his garb, he couldn’t be further from the hero of Hyrule — or just about any video game protagonist — if he tried. He is a pacifist and just an unusual character all-round, which seems him (rather obliviously and naively) butting heads with the world’s less optimistic characters. 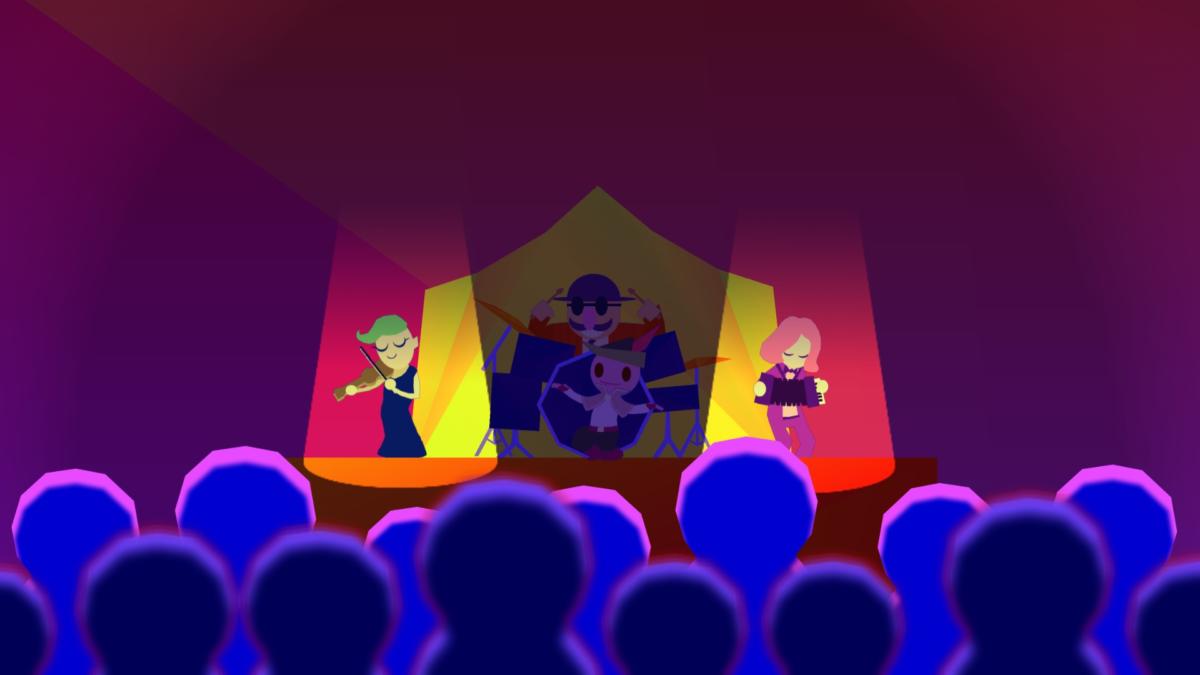 One of those characters is actually one you’ll be spending most of your time in the game with. Miriam is a young witch who’s immediately somewhat hostile and condescending to the bard before eventually warming to him. The bond the pair share is the anchor for Wandersong as a whole, each little interaction between them sure to spawn a new fandom. Miriam’s the beating heart of the story, the reflection of the overall themes of the game: solidarity and companionship is worth opening yourself up and becoming vulnerable for. We’re all stronger when we’re together, rather than letting fear control and twist us.

Wandersong’s soundtrack is also some of the most aptly catchy music I’ve played in a game this year, so whether you’re singing in a band in front of an audience, using your voice to match the rhythm of a mythical song, or even just creating a ditty for a local sweet shop, the game’s soundtrack will find a way of crawling in your ears and refusing to budge. 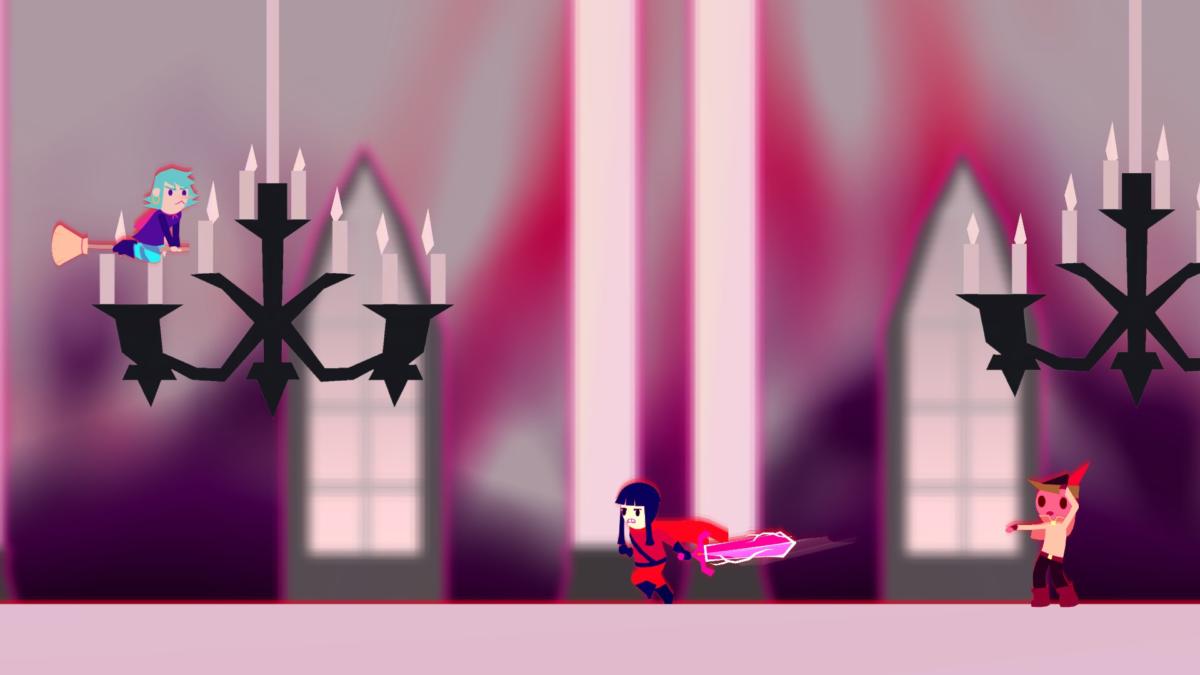 If there are to be criticisms of Wandersong, its platforming can often feel rather finicky. There’s no great sense of weight behind jumping and the 2D perspective is a nuisance when trying to leap to some stairs in the background. The puzzles, while never mentally taxing, are also unnecessarily complicated at some points by controls that suddenly feel like they’ve become inverted, the bard eager to leap off a wall when he should just be walking up.

These are minor nuisances in an orchestra of praise I have for Wandersong, however. It’s been an intense time with plenty of stresses for me personally lately, though the game wasted no time in helping to soothe some of them. Wandersong is an emotional and seriously affable experience that is bound to put a smile on the face of even the most jaded of gamers.

Verdict
Wandersong is a joyful and innovative game that should probably be sold as a cure for winter blues. Microtransactions: none
9