VOTE: Your New Band of the Month for March 2016 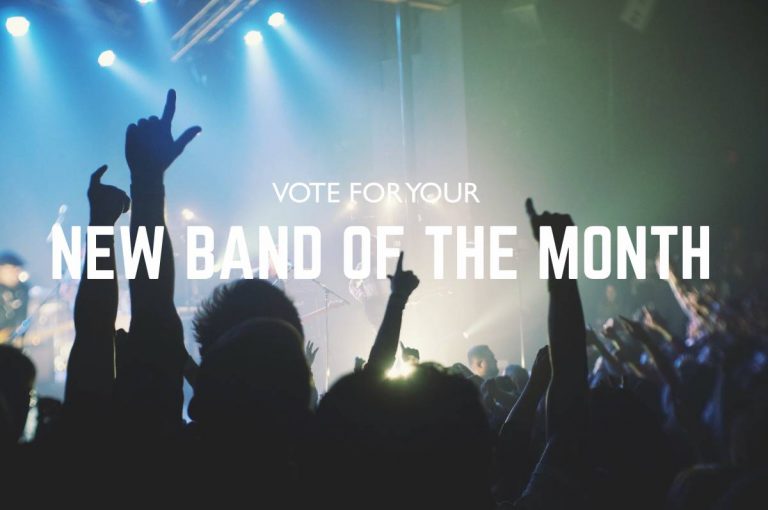 Every month we go through this, you know the drill by now. February is almost over (I swear it was just New Year’s Day, shit, I’m gonna die soon!), and this means that Pistol Kings reign of terror as Your New Band of the Month is over. Almost. This means it’s time to start auditioning the next contenders for the throne.

Without further ado then, here are the bands battling for your votes this month. Give them all a good listen, because they are all awesome, then have the tough time of deciding which one is your new favourite band – Your New Band of the Month.

These Exeter punks are essentially acting as phoenixes rising out of their own ashes, having initially burst into life back in the mid-2000s, the band just as quickly went below radar again and took some time away. Hmm, maybe phoenix from the ashes was a bit a dramatic. They’re more like Lazarus resurrecting actually. Maybe? Regardless, Sancho Panzer have returned to start anew and anew they are starting, with a debut album expected in March.

The fresh start has obviously got the band all fired (maybe they are phoenixes then?), because they’ve brought with them a boisterous energy, upbeat punk rock, gang vocals, and catchy as fuck hooks. Every song an ANTHEM. Current single ‘It Can Only Be So Good’ is bright blast of British punk’n’roll that sits somewhere between Frank Turner in Million Dead and Frank Turner solo.

The setup of a three-piece – guitar, bass, drums, usually at least one of them wailing on top – is often referred to as a power trio. This mainly down to its ability to trim the fat, cut out the shit, and somehow manage to sound bigger and badder than a band with extra chords coming from keys or second guitar. How it works? No one knows. It is what it is.

Mystified are a band that the term ‘power trio’ was coined for, because with ‘just’ the basics they don’t half make a fucking racket, and what a fucking racket. The band thrash out that grimiest and nastiest variant of punk that verges on noise rock; sinister riffs, frenetic rhythms, amps turned up to 33, unhinged dynamics, general chaos, and vocals so snotty and in your face you can feel the spit through your speakers.

Instead let’s discuss the quartet’s music that is prone to the occasional Herculean riff (see what I did there?) as it plants its feed firmly in hard rock but is able, and prone, to swaying from this base into the unbearable heat of desert rock and the thick smoke of stoner rock. However, what doesn’t often come from bands who like to dabble in that territory is a killer sense of melody that makes for hard rocking, atmospheric, and heavy listen but one that’s incredibly accessible and boasts more hooks than a pirate convention.

Arbor Labor Union, of the noble peach state Georgia, are the kind of band whose origins read like a children’s story, albeit a slightly ominous one, with Mr Birdsong; pinecones that contain all of the possible decisions a living person could make; trees that desire to race each other to the clouds and back; and four trees who choose to grow slowly in unison, singing in unison, as they grow beyond the clouds toward the cosmos.

They’ll also offer up a colourful hand scribbled map to help navigate their story, and fill their Facebook feed with dream entries. It wouldn’t be a stretch to imagine that Arbor Labor Union are quite fond of drugs. What we’re here for, though, is the music and, listening to it, it’s what we’re going to stay for too. The band offer up a motorik kind of fuzzed out post-punk that tastes a little metallic like a tab of acid, with hints of goth rock in its mood, and good dose of Queens of the Stone Age in its driving groove.