Biggest Upcoming New RPGs Of 2021 & Beyond

RPGeesus, that's a lot of games. 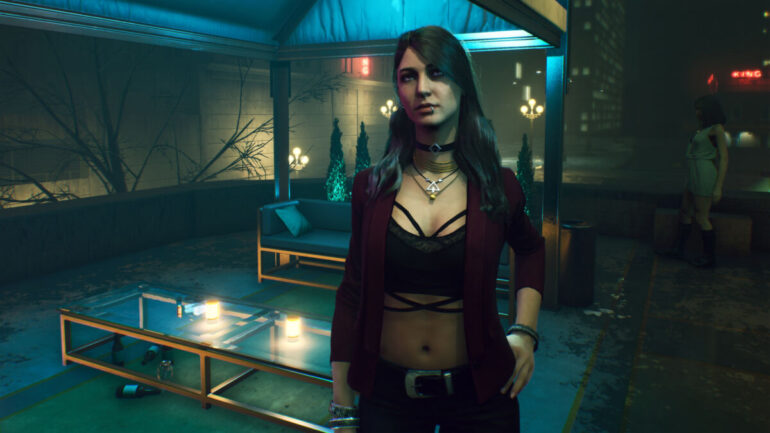 2021 is here, and it’s looking a lot like 2020 Part 2: Electric Boogaloo, where we must stay at home to save the rec center. At the very least, battening down the hatches and becoming a government ordered hermit has its benefits, because that means you’ll have a lot more free time to dedicate to video games.

One genre of gaming that’s much more time consuming than others is RPGs, which often feature 30-50 hour campaigns that’ll keep you occupied for weeks, and that’s without including the wealth of side content to complete too. With that in mind, we’ve compiled a list of the biggest and best upcoming new RPGs of 2021 and beyond for PC, PS4, PS5, Xbox One, Xbox Series X, and Switch.

Ah, yes, an RPG series that’s weirdly numbered. After the release of Bravely Default and Bravely Second, we now have Bravely Default 2, the third entry in the series. Are you following along at home? I hope so, because I’m barely keeping up right now. Default 2 is a brand new story, while Bravely Second was a follow-up to the first Default.

Set in a whole new world, Bravely Default 2 follows a different cast of characters on their journey. Like most JRPGs, Bravely Default 2 will feature turn-based combat at the forefront of its gameplay, and will also allow you to change the classes of the characters in your party, which is a nice touch.

This surge of momentum has led Capcom to Monster Hunter Rise, a brand new MH experience developed exclusively for the Nintendo Switch. This iteration of the series will see players taking on dragons and other monsters both old and new, only this time you can be joined by both a Palico and a cute little dog boy. Clearly this is the best Monster Hunter game ever made.

People Can Fly have quietly made a name for themselves as a development team responsible for some fantastic shooters with the likes of Painkiller, Bulletstorm and Gears of War: Judgment under their belts. Despite being a spin-off, Judgment was pretty good, and Bulletstorm is still one of the best shooters ever made, so let’s hope it all translates to their next project, Outriders.

A more ambitious shooter than People Can Fly’s usual fare, Outriders is a co-op RPG shooter that sees players create a custom character from one of four classes, each with their own skill trees and abilities, and take on the hostile planet of Enoch’s various murderous denizens. While the loot shooter genre might be crowded, Outriders could be a real winner.

It feels like Biomutant has featured on every single “Best Upcoming RPGs” list since 2018, and honestly, I wouldn’t be surprised to see it added to next year’s list too. After a big announcement and plenty of hype, things have been relatively quiet on the Biomutant front, but the complex mutant animal RPG seems to be progressing nicely on its “whenever it’s ready” timeline.

In Biomutant, you’ll create your own cuddly animal of choice, specific to your playstyle. If you want to get in amongst the action and utilise a variety of kung fu inspired skills, you can, but if you’d rather stand at a distance and just blast your enemies into oblivion, that’s also a valid option. It’s basically a Rocket Raccoon game in all but name only.

Time is a concept that RPGs have always enjoyed dabbling in, with Chrono Trigger perhaps being the most notable example. However, Cris Tales might be the most ambitious undertaking that uses times as its core conceit. The screen is split into three, showing the past, present and future, with decisions made in the past altering the future in real-time. It’s like the Sonic CD of RPGs.

In battle, you and your party will take turns battering your enemies, utilising your time powers to send enemies into the past or future to alter their characteristics and achieve an advantage in battle. For those looking for a throwback to those classic RPGs like Chrono Trigger, but with a more modern flair, Cris Tales could be for you.

Another RPG that was perhaps announced before it was ready, Dying Light 2 aims to take the killer formula of the first game and build upon it, adding a storyline, characters and overall world that react to your actions. According to the developers, entire portions of the game could become unavailable to you depending on the choices you make.

A post-apocalyptic zombie RPG, you control a human survivor in the last surviving city. Beset on all sides by zombies and various factions competing for control, and while being infected, you’ll ultimately decide the fate of the human race. No pressure or anything.

Rounding out the trilogy of games that were seemingly announced way too soon, here’s Vampire: The Masquerade – Bloodlines 2. As a newly-turned vampire exploring the supernatural streets of Seattle, you’ll choose your allegiances and carve your own path through the vampire underworld. Spooky stuff.

As a vampire, you’ll get to choose your powers and abilities from one of three disciplines, and even choose to sign up with one of several vampire clans, which should lead to some varied playthroughs. On paper, Bloodlines 2 looks like it’ll be Cyberpunk 2077 with vampires, so we’re crossing our fingers that Bloodlines 2 will launch better than CD Projekt Red’s offering. 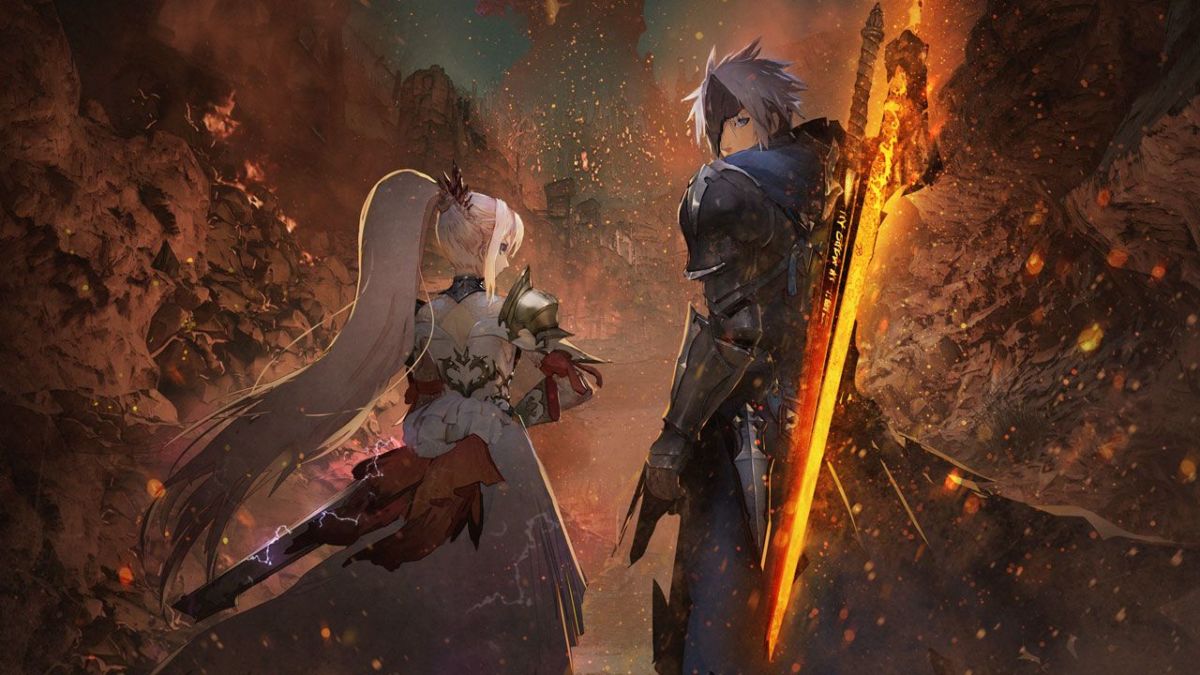 Originally scheduled to launch in 2020 but delayed due to the ongoing pandemic, Tales of Arise looks to continue the legendary Tales of series with a planet hopping tale and some interesting gameplay refinements. Weird name aside, Tales of Arise has the chance to set a new high for the long running series.

Revolving around the two worlds of Dahna and Rena, the story focuses on the advanced world of Rena which holds dominion over the more antiquated world of Dahna. As Alphen, a resident of Dahna, you’ll begin travelling with Shionne from Rena, murdering plenty of beasts along the way. Hopefully, Tales of Arise will combine fast-paced action RPG gameplay and a great story to become one to watch.

The forbidden game, or at least the one I’m convinced that the entire planet collectively hallucinated, Elden Ring was announced with a pretty flashy CGI trailer, along with the news that FromSoftware are collaborating with A Song of Ice and Fire author George R.R. Martin to develop the story, and that’s been it ever since.

A year and a half later (at the time of writing) and we still haven’t seen gameplay footage or a new trailer. About the only news we’ve received about Elden Ring is that Xbox head Phil Spencer has apparently played it, but that could just be a conspiracy. Fingers crossed we’ll hear more soon, otherwise Twitter might just implode. 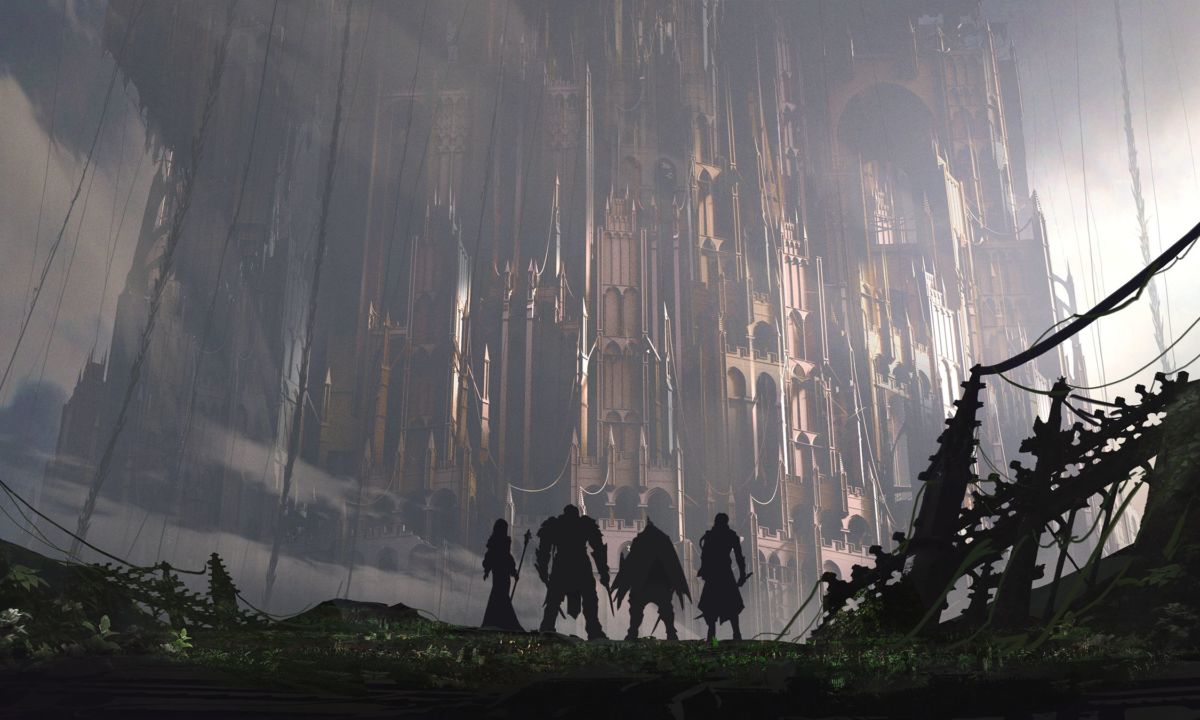 Looks like we’ve got another RPG that’s seemingly vanished off the face of the Earth in Babylon’s Fall, PlatinumGames’ next big project that isn’t Bayonetta 3. After being showcased towards the end of 2019, we’ve heard very little about the game since, aside from an update that development was progressing along nicely.

From the brief gameplay snippet we’ve seen, Babylon’s Fall looks like it takes more inspiration from medieval Europe than other games they’ve created, similar to the world, weapons and armour seen in Dark Souls. Granted though, this is Platinum, so there’s so much more colour to be found.

Admittedly, Cyberpunk 2077 had a rocky early access launch, with reports of glitchiness, cut content and so much more besides, leading to the game being removed from the PlayStation Store. However, CD Projekt Red have committed to improving the overall experience with updates over the coming months, so fingers crossed that the full launch is better, eh?

It’s been a long time coming, but we’re finally getting a Harry Potter RPG in the form of Hogwarts Legacy, though it’s just a shame it’s come after J.K. Rowling’s very public descent. As much as Hogwarts Legacy looks like it could be a fantastic, magic-based RPG, it’ll always be tainted by the sins of the author.

Hogwarts Legacy is a prequel to the events of the book, set before even the events of the Fantastic Beasts series. Taking place in the late 1800s, players will create a student who attends Hogwarts, learning potions, spells and taking part in other magic-based classes. There’s also a morality system in play, which should help you determine whether you’re actually a Gryffindor or Slytherin.

Not much is known about what the plot of Dragon Age 4 will entail, but a cinematic trailer did confirm that Dragon Age’s resident baldy boy Solas is back, along with the presence of the corruptive red Ilyrium. Whatever is going to happen, we’re confident in the knowledge that it’ll be dark, and you can get distracted by trying to, *ahem*, “romance” your party members. 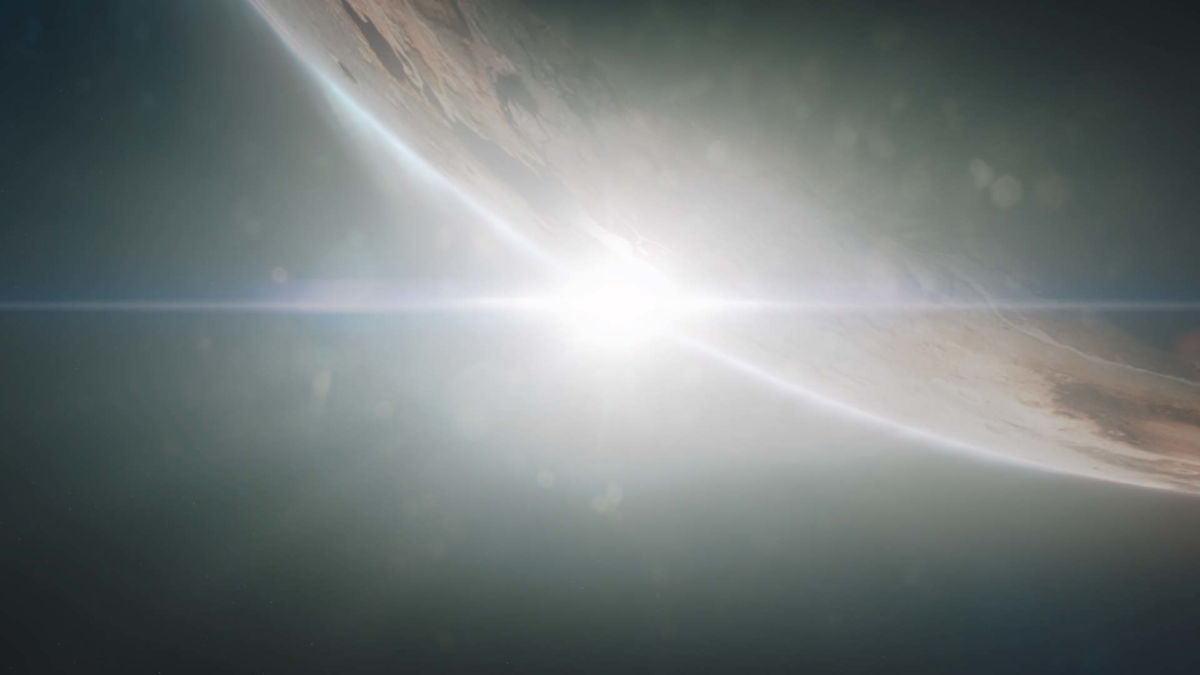 Bethesda are typically a steady hand when it comes to great RPGs, with the Elder Scrolls series and Fallout being some of the best role-playing games you can buy. We try to forget about Fallout 76. Now, Bethesda has two big RPGs on the horizon, so we’re bundling them together because they’re miles off and we don’t know much about them.

On the one hand, you’ve got The Elder Scrolls VI, which will continue the fantasy RPG series in another, unannounced area of Tamriel. Meanwhile, Starfield will take the focus to space, offering a single-player RPG with an entire galaxy to explore. Neither will be launching for a while, but it’s exciting nonetheless.

It’s been a long time coming, but Bioware are finally revisiting the Mass Effect series after the ill-received Mass Effect: Andromeda which launched in early 2017. Despite plenty of hype, Andromeda had a rocky at best launch, and the game just never recovered, but hopefully the series will get the shot in the arm it needs soon enough.

The biggest news is that there’s a brand new adventure coming, having been confirmed during The Game Awards 2020, but before then, we’ll be revisiting the adventures of Shepard, with Mass Effect: Legendary Edition scheduled to launch in 2021. Around the world, you can hear players getting excited to punch that journalist in the face once again.

It wouldn’t be a most anticipated RPGs list without Final Fantasy thrown in there somewhere, so thanks Square Enix for announcing Final Fantasy XVI in 2020, proving once again that the name of the series is a lie. Maybe they’ll do a Final Destination and name one of their games “The Final Fantasy”, only to release another one two years later.

An action RPG that seems to utilise the same gameplay style seen in Final Fantasy XV and FFVII Remake, Final Fantasy XVI sees players enter the land of Valisthea, where a force known as the Blight threatens to bring the nations six factions into conflict. As main character Clive Rosfield, you find yourself on a quest for revenge.

READ NEXT: Biggest Upcoming New Single-Player Games of 2021 & Beyond