At the start of 2006, live viewing was at an almost overwhelming 98.8%, compared to a measly 1.2% watching shows through any form of “catch up” medium.

By 6th March 2016, these figures had shifted to 85.9% and 14.1% respectively, with a steady lean towards the use of time-shift viewing. Long gone are the days when the only means of this would be through recording – now with the ability to pause live TV, or through catch up services such as iPlayer or All 4 and websites like Netflix or Amazon Prime, or merely through watching the live show slightly delayed online, it’s easier than ever to watch non-live television.

There are some notable anomalies in these trends over the years, most strikingly around major events. London’s 2012 Olympics saw up to a 3% increase in the amount of live TV watched, the 2010 World Cup saw a 1.5% increase and the 2014 World Cup saw a 2.5% increase. The turn of a new year is another reason to provoke a few tenths of a percentage increase in live viewings – it would be easy to put this down to BBC1’s broadcast of the New Year fireworks, but this year the celebration’s figures were topped by Sherlock with 164,000 more viewers. In general, big, topical, shows can still draw in huge viewing figures. 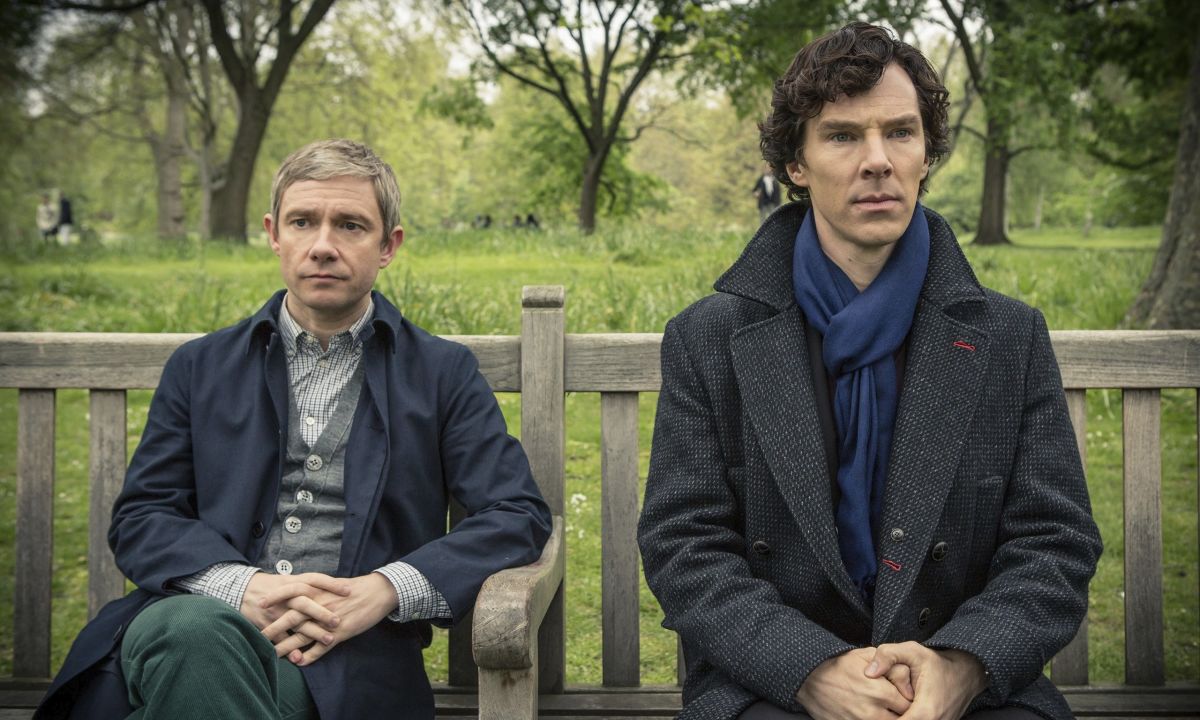 As our lives get busier, there’s no longer the strict need to watch our favourite shows as they’re on, especially at peak times for short running dramas such as weekday or Sunday nights – these slots, after the soaps and the news, are where the competition lies. And of course, if there are several things on at once, what’s to stop you watching one, or several, on catch up sometime that’s more convenient for you?

There’s something a little less appealing about watching a TV show on your own than there is about watching a show with a group of friends, and though having several television sets in a house can mean everyone gets to watch what they want, it can also mean a lot of people watching alone. Not fun.

Thankfully we have Twitter to change all that, so everyone can watch their favourite shows, live, alongside hundreds or thousands of people that love that show too. You’re never more than a hashtag away from people wanting to talk about what you’re thinking.

Not everyone is keen to use their phone whilst watching TV, but even if you check Twitter afterwards it’ll probably be less than an hour before someone’s posted a review of the episode. The conversation is endless, it’s begging you to get involved, and it’s constantly asking for your opinion as soon as you get one. If you wait until Tuesday to watch Monday’s TV, no one will be around to talk about it, so why wouldn’t you watch it live?

This is the school of thought that television companies have clocked onto and are persuading people to think with. It’s easy to involve the audience, from simply putting a hashtag on the episode’s title screen to having a Question Time level of involvement. The Thursday night politics show finishes filming around an hour before broadcast, and if you follow the show’s Twitter feed (@bbcquestiontime) you’ll notice just how social media savvy they are. Questions, quotes, photographs, clips, links to further reading, graphs, statistics, reports – you name it, they share it. A question can be posed that you’ve no idea about, and by the time it’s over you could be an expert in the field.

Where does your MP stand on the #EUreferendum? #bbcqt https://t.co/5G5K2sko4i pic.twitter.com/Mt6o53QIf0

When it comes to the ever-coveted crown of the week’s most popular drama, BBC’s Broadchurch knew a thing or two about how to dominate social media. The show has a verified Twitter account (@BroadchurchTV), and as well as merely posting reminders of when the show is on, it offers bonus scenes and fuels the conversation.

In fact, the show broke records. The show’s first season finale was the most tweeted about UK drama since records began in January 2012, with over 260,000 tweets sent on the matter. At its height, there was a peak of 8,493 tweets per minute. It made up 65.9% of UK Twitter traffic during its hour long transmission, and the half hour before and after. That’s power.

Of course, having a Twitter account doesn’t guarantee you positive online hype, and Channel 4’s notoriously gory Utopia is a perfect example of how that turned out. What originally looked to be a show with great promise ended up becoming a cult interest, hit viewing figures of 650,000, and was cancelled after two seasons. It doesn’t matter how many live Twitter chats you get the creators in for, sometimes gratuitous violence doesn’t go down well. And yet, sans Twitter, Channel 4’s Humans was a viewings triumph – all because the public built the online hype.

In the UK, it’s impossible to watch the much hyped Game Of Thrones live – the best you can do is wait till 2am when it’s available to stream, and talk about it the next day. By the time most people are home by 6pm, thousands of people are talking about it, and you want to watch it. Next time you might even stay up till 2am, just so you can be one of the first to have an opinion on it.

Musicians, and their PR companies, have picked up in how much people love this instant feedback and nationwide interaction, so the idea of live tweeting an album as a promo technique came about. You want to buy the album so you can listen along and understand why your favourite artist wrote that line or put a guitar solo there. Otherwise, you see the tweets and you wish you knew what part of which song people are referencing to. You wish you were in the here and now like everyone else is.

Live, one time only events such as the Olympics are less likely to be watched on catch-up. To encourage people to watch TV as it airs, you have to sell the episode as an event – it’s no surprise that successful shows such as Broachchurch, Poldark, Humans, and Deutschland 83 saw an increase in viewers on season finales. No one wants to be the last to know the ending.

Through Twitter, televisions companies have managed to sell shows as events, upping excitement around material by selling the present as the place to be, and thus bringing the appeal back to live television.