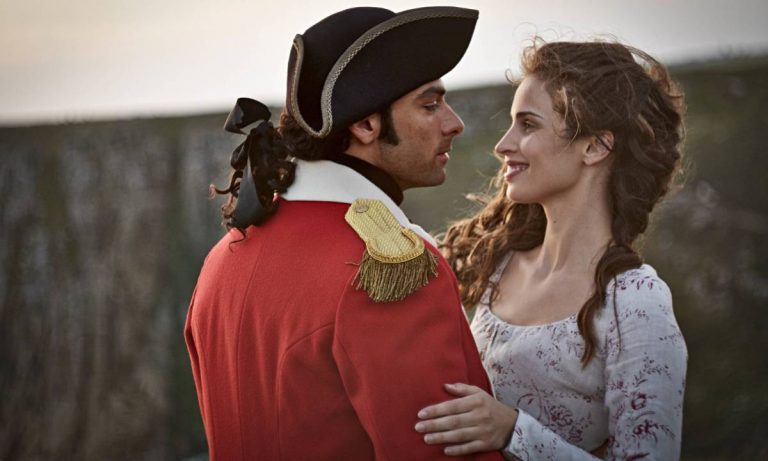 Poldark has whipped fans into frenzy and he is not the first leading male in a period drama to do so. So what exactly is the formula to Poldark’s success?

If you had asked me at the beginning of the year if a television series about the welfare of a Cornish copper mining town centering around an enigmatically brooding mine owner sounded very interesting, I would have said no. If you had also asked me if the sale of scythes was going to rise (other than for use at Halloween in a Grim Reaper costume) I would also have said no, but I was proven wrong on both counts. Poldark has cast his magic in an addictively successful television series. This is not Poldark’s first adaption onto the small screen, it was also a majorly successful series in the 70’s, and time has done nothing to affect the popularity of Mr. Poldark. Poldark has amassed a dedicated female audience and although one of the promotional shots from the show that involved a bronzed, muscular, shirtless Aidan Turner with a scythe in his hand may have something to do with the massively dedicated female fanbase, I believe the show’s success goes far beyond that.

Poldark has managed to create the perfect mix between interesting brooding characters, drama and sumptuous scenery. It seems that there are certain stories that can be told time and time again and still prove to be popular. As I watched a scene from episode 2 where Poldark takes a dip in the crystal blue waters of the Cornish coast I was reminded of a scene from an entirely different tale. I am of course referring to the famous Colin Firth ‘wet shirt’ scene from the 1990’s adaption of Pride & Prejudice. Colin Firth caused mass hysteria among audiences and this scene is still what he is probably most fondly remembered for and, whether Aidan Turner realises it or not, he has created a similar ‘heartthrob’ status for himself by scything shirtless in his fields. The series centers on Ross Poldark who leaves his Cornish home to fight in the American war of Independence only to return and find that much has changed. Believed dead, he returns home to find his sweetheart promised to his cousin, his estate in ruins and the town crippled by poverty due to various mine closures in the area. Poldark finds himself faced with the daunting task of building up his reputation and building a life for himself from scratch. He is a bit of a Robin Hood figure always trying to help those less fortunate, and this undoubtedly gets him into trouble amongst his social peers and endears him to a nation of viewers. This drama skilfully utilises the following period drama motifs but also goes above and beyond your usual starched collar, upper class period drama. There is a wildness that filters from the character into the rugged Cornish coast and it is here that Poldark truly excels: the brooding (often open-shirted) hero with a past, the depiction of class system struggle and the dangers of idle gossip on family reputations, the feisty female heroine and the addictively simple drama that can be created by watching two apparently mismatched people slowly realise they are of course perfectly compatible.

Look at the key to what appears to be (on the surface) Poldark’s success: a handsome, complex three dimensional male lead. The wildly passionate, roguishly scarred Mr. Poldark is driven by the need to do the right thing whatever the cost and this makes for a deeply interesting character who toes the line between right and wrong to follow his own moral code. Poldark rescues a wild young woman, Demelza, from a street tussle and an abusive home allowing her to work for him as his scullery maid. Demelza is free spirited and pure of heart the perfect match for him and it is clear from the outset that Poldark is not afraid to break the rules whether that be in his personal or business life. He is his own judge of character and allows no one’s judgement to affect him. He makes his own rules. 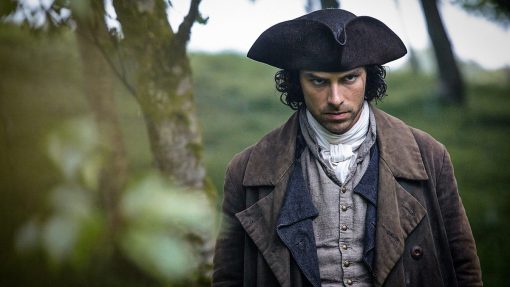 The boys perhaps get the most attention but what gives the show an edge that other period dramas do not possess is in the form of a genuinely likeable feisty, independent female lead. Demelza, played excellently by Eleanor Tomlinson, has nothing and so possesses a fiery impulsiveness that is not often witnessed in period dramas. Demelza is not a demure lady; she is a fierce redhead who fears nothing. Even after marrying Poldark, she never loses her individuality and although she may wear clothes more in keeping with her station, she does not undergo the cringe-fest, stereotypical ‘My Fair Lady’ makeover. She is the true heart of the show as Poldark comes to realise how much he truly loves her through the hardships of their life, together we realise that it is he who is a changed man (for the better), not Demelza.

So we have our hero, we have our heroine, but what really keeps us coming back for more time and time again? I believe with Poldark it is the chemistry between the two leads and a timeless love story that crosses class and societal divides. There’s something about that cross-the-divide love thing that keeps audiences coming back for more. No matter how many times we adapt and reimagine, the story’s the core of what makes these shows great. Love stories and shirtless scything not your bag? Then Poldark has plenty to offer everyone and this is where the strength of the show truly lies. There are plenty of political and business tete-a-tetes regarding the copper mine between Poldark and his enemies who wish to see him fail. This is what really makes Poldark addictive viewing. The British public love an underdog tale and you can’t help rooting for Poldark the whole way through and hoping people that oppose him meet an unfortunate end. But then your perceptions of characters flip and you cannot simply put characters into neat little ‘good’ and ‘bad’ boxes. 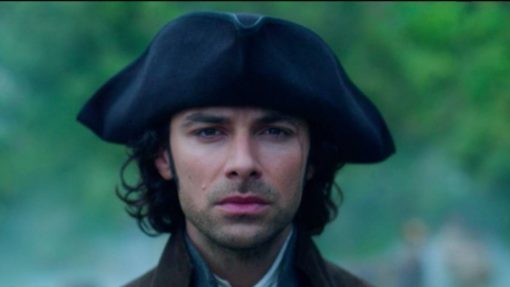 Each character is richly developed over the course of eight short episodes and each one has an interesting story to tell. The show is by no means dominated by its leading man, even although Aidan Turner has more than enough presence to do so. Affairs of the heart, poverty, class divisions, death, marriage, extreme emotional up and downs… you name it and Poldark has it.

Don’t make the mistake of judging it before watching. Give it a try for yourself. I defy you not to get hooked after episode 1. The strong female fanbase really aren’t captivated just by Poldark’s looks, but most importantly, the story and even although at times female fanbases can seem a little scary and intimidating at times, I think they are amazing and the world would be a far less amazing place without them. Leave your preconceptions at the door and get on board with Poldark.