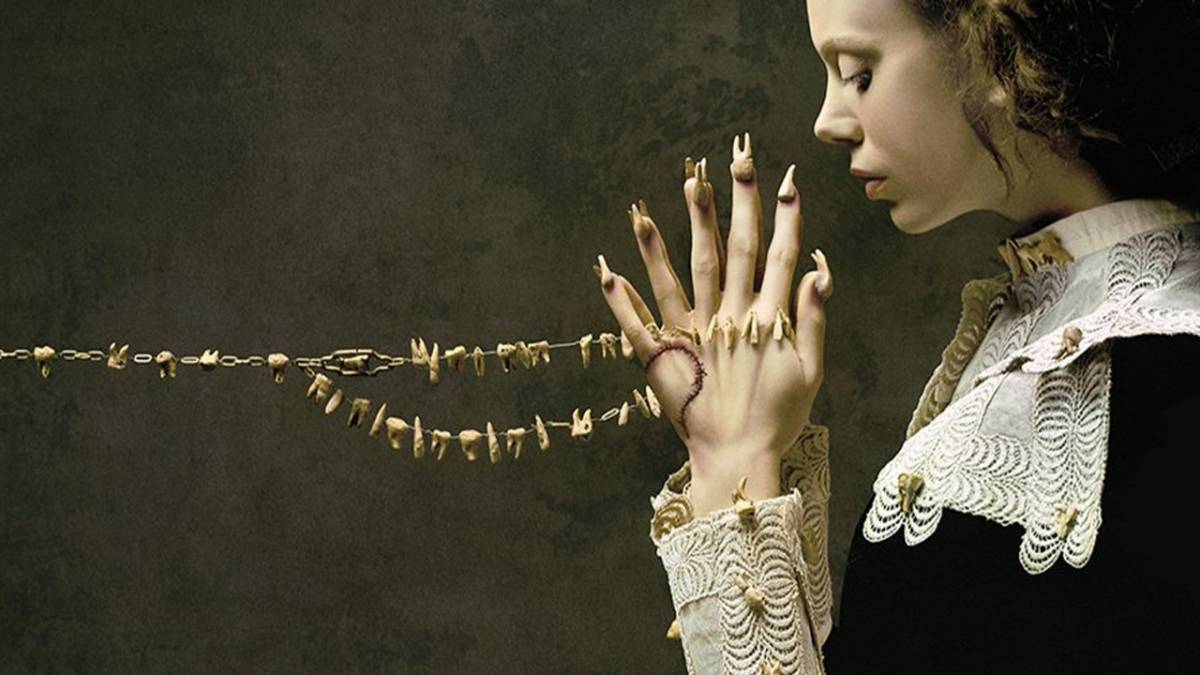 In season six of FX’s American Horror Story, creators Ryan Murphy and Brad Falchuk take on reality television and the found footage genre only to fail miserably, producing a sloppy mess that is, frankly, barely watchable.

The series begins as documentary entitled My Roanoke Nightmare, about Shelby and Matt Miller, a married couple who, seeking to escape the urban violence of Los Angeles, move to rural North Carolina where they buy an extremely haunted house and are taunted by the local hillbillies. There are interviews with the “real” Shelby and Matt, played by Lily Rabe and Andre Holland, and dramatic recreations played by an entirely different set of actors, Sarah Paulson and Cuba Gooding Jr. While I admire the postmodern implications of this narrative structure, the final results were jarring, and left me with a distinct lack of empathy for the characters.

After My Roanoke Nightmare becomes a big success, the producers decide to film a reality show in the house, entitled Return to Roanoke: Three Days in Hell, with both the actors and the characters they played in attendance. The story then begins to spin out of control in the worst sort of way.

One of the most serious problems with the series is in the way they reveal exposition. They do this, over and over, by introducing a character, whose only obvious use is to tell the backstory, and then kill them before they can have any meaningful part in the narrative.

First there is Dr. Elias Cunningham, played by Denis O’Hare, a history professor who came to the house in the nineties to write a true crime book. He has left mysterious video tapes about and eventually shows up in person for, basically, the sole purpose of explaining what the hell is going on. He is quickly disposed of with the arrows of colonist ghosts, only to show up later being eaten alive by rednecks.

Then there is Cricket Marlowe, played by Leslie Jordan, a psychic who rescues missing children. Jordan does a wonderful job and really brings this character to life, creating a very Truman Capote like character: a debonair and effeminate man who is nevertheless quite powerful. But, just like Dr. Cunningham, he is promptly executed after serving his purpose of revealing backstory.

The series’ failure is in no way the fault of the actors, who all put in wonderful performances, Sarah Paulson and Frances Conroy, in particular. Paulson plays two roles: one as the actress Audrey Tindall and another as talk show host Lana Winters. Paulson really shines as Winters, changing her entire demeanor, from her voice to her posture. Conroy, using her weird eye to great effect, does a tremendous job portraying the mother of a backwoods family of cannibalistic rednecks, even though the dialogue she given to perform is at time utterly ridiculous.

Lady Gaga guest stars and does a tremendous job of playing a magical sex-fairy type creature named Scathach. Regrettably, halfway through the character basically just disappears and is never heard from again.

What’s truly sad about the series is that the main plot, the one hidden and trampled on by all the reality television and found footage nonsense, is quite interesting, and based on truth. In 1587 a colony of 115 men and women disappeared without a trace in what is today Dare County, North Carolina. Historian Doris Kearns Goodwin (Team of Rivals: The Political Genius of Abraham Lincoln and Pulitzer Prize winning No Ordinary Time: Franklin) even does a cameo, playing herself. But instead of having this esteemed academic discuss the historical aspects of the story, they have her rambling on about fictionalized nonsense, which she appears quite uncomfortable doing.

Unfortunately, the writers only use this historical story as a mechanism for creating ghosts to torment the modern-day dwellers, and don’t really take the time to explore the time period and story with the depth it deserves, unlike Asylum, which takes place in 1964, and Freak Show, which takes place in 1952. Both of these seasons use their time respected periods most effectively.

I’ve been a huge fan of the series since the first season premiered back in 2011. As a horror buff, I enjoyed seeing what they did with classic motifs from the genre, blending together and playing with stories as wide ranging as Edward Mordrake, the man with an extra face, to Bret Easton Ellis’ American Psycho. In the end, I can’t say I wasn’t entertained by season six, but I was also sorely disappointed.