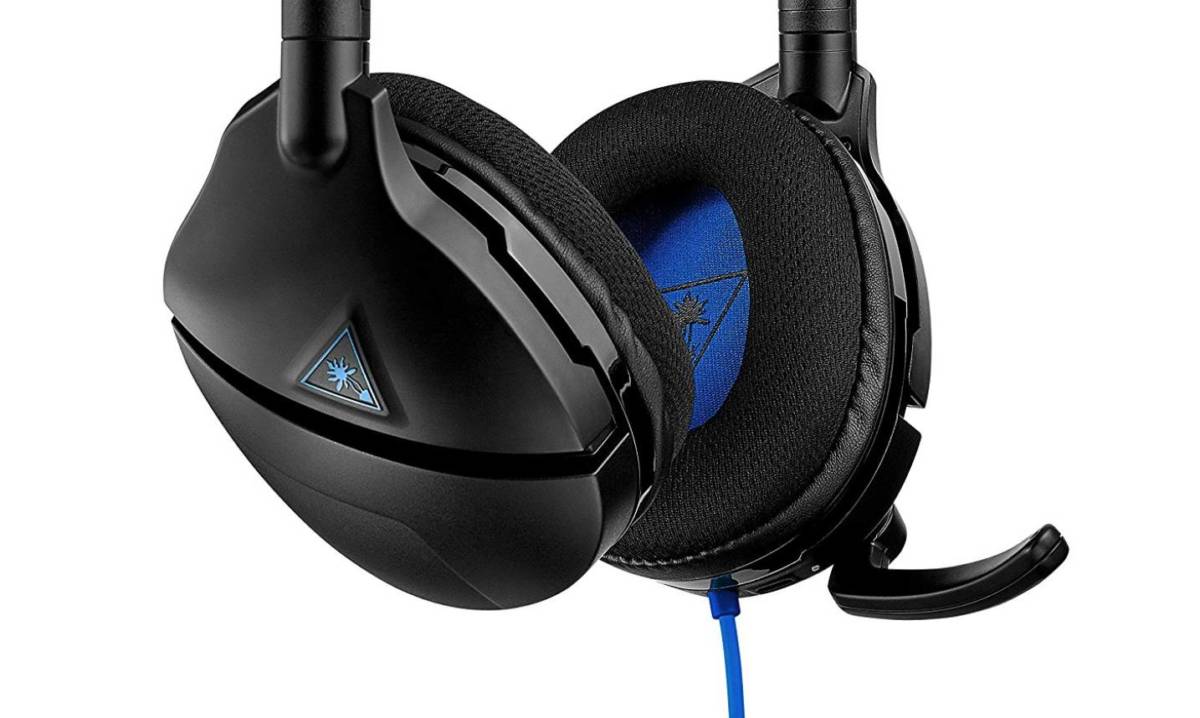 I go through a lot of headsets with only 90% of them landing in the graveyard because I stand on them. I’ve been using the Venom – Marauder for a while now, but the cables have become frayed over time. I also picked up the Razer Kraken v2 after solid reviews, though I can’t say I’ve been blown away by it.

That’s not the case with the Turtle Beach Stealth 300 for the PS4, however. Many headsets specifically designed for the console really don’t do a lot to separate themselves from just being a headset that you can plug in to your DualShock. Them being PS4 compatible is essentially a marketing trick with the product itself barely justifying its price-tag. The Stealth 300 is not one of those headsets.

The most immediately obvious thing is not the audio the 300 provides, which is fairly beefy and crisp, but the comfort and snugness while wearing it. As someone who cannot wear any kind of hat because of the mutated shape of my head, I was surprised to find that I was able to fit it perfectly with just a couple of adjustments to the extensions of its metal-reinforced frame.

Also appreciated was the “ProSpecs” design of the headset, which meant that my glasses were kept firmly in place. With some headsets, my glasses tend to move down my nose as the cups attach loosely to my ears. Not so here: I was able to get through the Black Ops 4 beta without looking like Mr. Magoo. The cups fit almost perfectly over my ears and found that enviable middle ground between enhacing the audio and not making my ears overheat.

I decided to use the Stealth 300 during sessions of Call of Duty as it’s the kind of game where the audio is polished and varied, and so it should be considering its budget. I was able to vividly hear footsteps and pinpoint exact locations of gunfire, such was the clarity afforded by the headset. It also has a great range of volumes, though you should be warned off going for max volume as it is quite the tinnitus inducer. Using the volume wheel to put it down to about half still provides excellent and clear audio.

To test out the mic, I enlisted the help of my colleague Darryl and returned to an old stomping ground: Fortnite. Turtle Beach’s flip-up mics are always a popular option and they worked well when I wanted to vent my spleen in secret about Darryl’s awfulness at Fortnite. I just flipped the mic up and ranted away; it was that easy. Darryl was also able to hear me more distinctly than many other headsets I’d used in our sessions. With the PS4 not having a straightforward option to quickly mute and unmute yourself, the flip-up mic design is probably one of the better options I’ve come across.

I’m always remiss to say something is perfect as nothing ever really is, and that rings true with the Stealth 300. You cannot use it if it hasn’t been charged, which is a big negative and a strange concession to make for a modern headset — you’d expect a headset to just plug and play into anything these days. Another drawback is that the 300 has various modes, but apart from a slight boost to the bass, it was impossible for me to distinguish them from one another.

Still, for its current price ($79.95/£69.99), I’d struggle to find another headset that could be considered an improvement within the same price range. Boasting fantastic audio and comfort, the Turtle Beach Stealth 300 might be the ideal headset for your PS4 without breaking the bank.

Verdict
One big drawback can't stop the Turtle Beach Stealth 300 for PS4 from being one of the best headsets on the market in its price range.
9
Cultured Vultures is a pop culture website established in 2013 covering all things gaming, movies, and more. We eat your words.
All The News On The Biggest Games