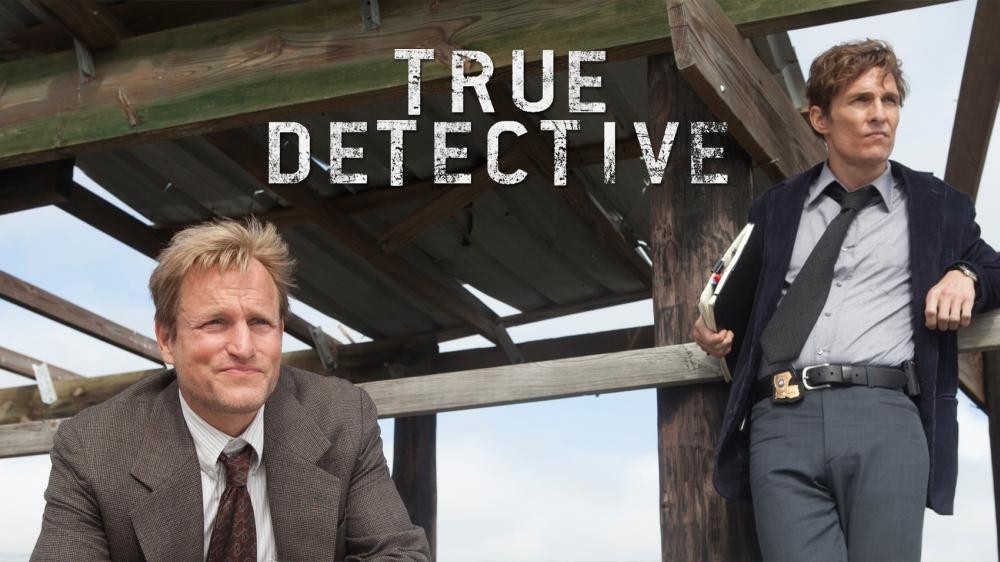 True Detective is the new promising show from A-Listers Matthew McConaughey and Woody Harrelson, as partners in an eerie crime investigation deep in Louisiana. Harrelson has never met anyone like McConaughey before and makes his feelings clear as his latest partner is just as unorthodox as the case they are trying to solve. Living in an unfurnished apartment alone, McConaughey certainly sends shivers down the audience backs from the offset. 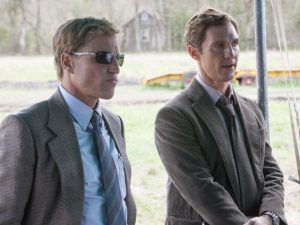 As they approach a naked deceased body with stab wounds and antlers attached to the head, it soon becomes apparent this case is going to prove problematic. After noticing a number of strange signs, including triangular stick models placed around the body, McConaughey soon comes to the assumption of ritual killings and something that goes beyond the normal case. This assumption is quickly rejected by Harrelson, the straight-talking and rational detective. 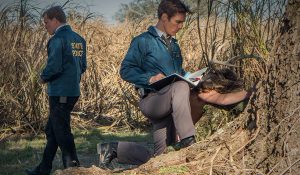 In the first episode the story is told through interviews with the two detectives 17 years later, causing the audience to question why this case is being investigated again after such a long time, and what was revealed the first time? As we are first introduced to the protagonists, McConaughey seems even more rattled and has turned to drink, but what has caused this change in character? 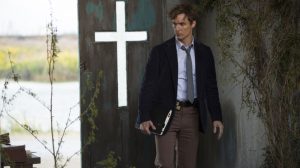 This unnerving and creepy case is certainly building suspense for the remaining episodes. Audiences should have high expectations for this series with two fantastic actors fully committing to their roles.

McConaughey has recently been nominated for his first Oscar, having turned to more serious roles since his appearances in How to Lose a Guy in 10 Days and Magic Mike. Dallas Buyers Club has been critically acclaimed as well as achieving box office success. McConaughey is definitely being recognised for the great work he can offer and he has certainly delivered a sublime performance so far in his role in True Detective.