The Tribal Chief: How Roman Reigns’ Heel Turn Changed Everything 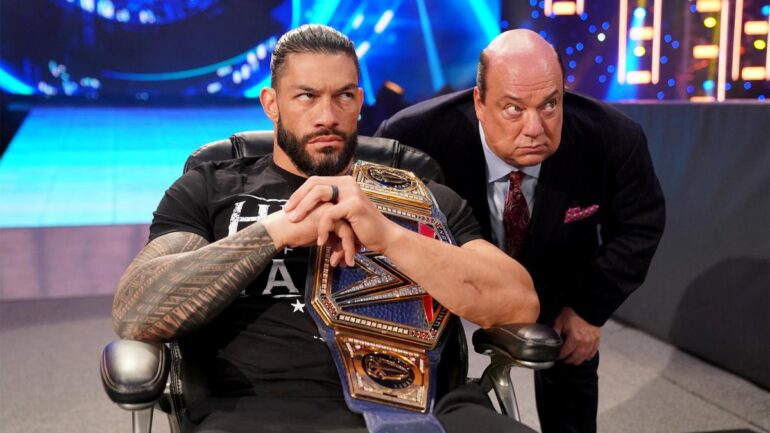 In the summer of 2020, things were looking pretty dire for WWE, what with the pandemic hitting its peak and a wave of long-time fans turning to a new alternative in All Elite Wrestling. Even when WWE were putting fresh stars like ‘The Fiend’ Bray Wyatt and Drew McIntyre into their respective title pictures, audiences were still left feeling apathetic towards weekly content, that was until Roman Reigns made his triumphant return at SummerSlam.

In one of 2020’s most explosive PPV endings, Reigns wrecked everyone and left as one of the most talked about wrestlers on the planet, with many fans suspecting this was the start of his long awaited heel turn after spending 5 years on top of the company as their leading babyface. A few days later on SmackDown Live, Reigns was seen backstage sat alongside Paul Heyman, a figure often paired with monstrous heel wrestlers. It took the duo just under a week to secure the WWE Universal Championship from ‘The Fiend’ at Payback, and from there on they took the entire industry by storm.

Roman Reigns adopted a new mafioso persona, referring to himself as ‘The Head of the Table’ and ‘The Tribal Chief’. Fans were forced into finally acknowledging that Roman Reigns was the top guy in the business, which they’ve of course avoided for so long, preferring to sabotage any momentum he generated as a babyface. Roman immediately took to his own family to prove his newfound power, pushing his cousin Jey Uso to the absolute limit in two of the most critically-acclaimed WWE matches of the year.

Reigns continued his dominance in a feud with ‘The Prizefighter’ Kevin Owens, and then took his title reign all the way to the WrestleMania main event in a triple threat match against Edge and Daniel Bryan. The one constant throughout all of these matches was a special new genre of wrestling that Roman has managed to innovate and perfect, one which almost blends the typical wrestling match with the cinematic performances we’ve seen throughout the pandemic era.

While Reigns holds a physical prowess, he’s also able to verbally berate his opponents into submission; constantly making underhanded comments and rolling his eyes really adds to his new character, giving him that ‘final boss’ aura while turning his opponents into even more an underdog than they already were. It’s downright savage, but entertaining nonetheless. There has been no other heel quite like this Roman Reigns.

Without a doubt, Roman Reigns’ new character will go down as one of the most iconic heel wrestlers of this generation, one that could easily rival any of the other promotions’ top stars going forward. Even with Kenny Omega cleaning things up in both AEW and Impact Wrestling, an argument could be made that even he doesn’t hold a candle to ‘The Tribal Chief’.

Roman’s history of steamrolling over the rest of the locker room has turned him into one of the most intimidating superstars in the entire industry, with very few challengers able to legitimately pose a threat to his Universal Championship reign, or his position at the top of SmackDown Live.

It’s incredible that WWE have finally pulled the trigger on this long-requested turn, a necessary character development that they’ve held off on for so long, hoping that fans would finally cave and cheer for him. Already, Reigns has put together some of the best work of his entire career, even more impressive than his original Shield days. ‘The Tribal Chief’ nickname has taken the world by storm, with fans all over the globe acknowledging him as their new favourite wrestler.

This character has genuinely changed everything for WWE, slowly turning the tides of the ratings slump and bringing alienated fans back to the product. Wrestling aficionados are finally investing in the top feuds on SmackDown Live, bringing a new level of excitement to big blow-off matches, such as the one against Daniel Bryan which seemingly brought his full-time career to an end. Roman’s feud with Cesaro has also been one of WWE’s better stories as of late, with Reigns acting as the perfect mountain for the underdog to overcome over the course of this year.

Whichever way you look at it, Roman Reigns is killing it as WWE’s top heel, there’s so much to explore with ‘The Head of the Table’ character going forward, whether that’s him further manipulating his cousins, or wrecking even more of the main roster and leaving more devastation in the wake of the Bloodline. His reign of terror should span across 2021, and maybe even up to WrestleMania next year where a blockbuster main event will await him.

There’s no better time to jump on the Roman Reigns bandwagon. He’s hitting the prime of his career and is only getting better as he becomes more comfortable with his new role. Where before I would struggle to watch an entire episode of RAW or SmackDown Live, so long as the thread of the show features Roman Reigns building towards his next title match, I’ll happily give them a point in the ratings.

READ NEXT: 5 WWE Superstars Who Could Answer Sheamus’ Open Challenge