Travels and Travails of Small Minds by Daniel Falatko REVIEW 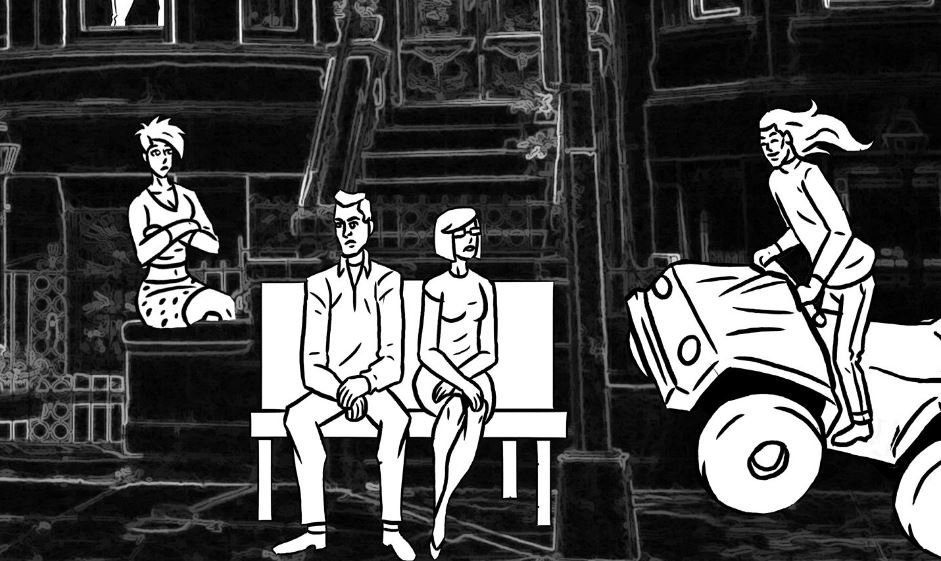 Nathan is a temp worker currently assigned as a glorified secretary for the eccentric literature professor turned slumlord Dr. Behr. One day, Dr. Behr dumps an assignment on his desk with no explanation for it.

Nathan tries to unravel exactly what the hell the old man wants from him. He soon learns Dr. Behr is involved in a shady property deal involving a former colleague and a rich, fanatical devotee of Beatnik author Thomas Salanack. His assignment takes him from New York City to Northern England and, finally, to Eastern Europe.

“For a man sitting on some of the most potentially lucrative property in Lower Manhattan, you’d never know it by looking at Dr. Behr. His main stylistic reference point seemed to be the homeless men that hung around the Bowery, not the schizophrenic crackhead variety but instead the semi-sophisticated-burnt-out-old-hippie philosophers, with their ancient stained khakis, moth-eaten button downs, and wild head of Einstein-grey hair jutting out in all directions as if pulsed by electric current.”

Falatko’s second novel reads like a hipster noir. It’s got all the elements; the two-timing dame, the intrigue, the shady characters. Here, however, the anti-hero hangs out in barcades instead of smoke-filled bars, the two-timing dame sells her ex-boyfriends vinyl collection, and the mystery involves a collector of Beatnik author memorabilia.

I previously reviewed Falatko’s first novel, Condominium, and while I enjoyed the humor, I found the plot lacking with it being about a rich couple having existential problems. Travels and Travails of Small Minds retains the humor Falatko previously displayed while having a much more compelling plot. One scene earlier in the book is where Nathan accidentally pops Adderall thinking it’s anti-anxiety medication. This results in him going to work and running amok, cleaning and organizing the whole office.

“By ten o’clock that morning I had reorganized not only my desk but the entire front half of the office. The paper sediment which had once lined the floor was now neatly piled into towering stacks next to the filing cabinets. If Edward had not forbade me, I would have gone through the cabinets as well as with the intention of discarding any deeds or bill copies from before 1990.”

The plot takes a little time to kick in, with Nathan spending a few a pages meandering around New York. Once it does, it becomes a fun, hard-to-put-down read. Falatko keeps the mystery of Dr. Behr’s shady property deal interesting, even in spite of how silly it gets. I mean, the climax has Nathan running from an old, naked Oxford professor with the help of a couple of north English drunks. Goofy, yes, but goofy in a way that’s highly entertaining to read.

The book also includes illustrations with each chapter, but they aren’t very good. They’re very amateurish looking. Some are passable, but many just look laughably bad. This book deserved better if the publisher was going to go that route.

Verdict
Travels and Travails of Small Minds is hilarious,entertaining, and weaves a compelling mystery. I expected good things from Daniel Falatko after Condominium and he didn't disappoint with this book. This is well-worth picking up.
8.5
Cultured Vultures is a pop culture website established in 2013 covering all things gaming, movies, and more. We eat your words.
All The News On The Biggest Games