Thymesia: How To Beat Ringmaster Odur 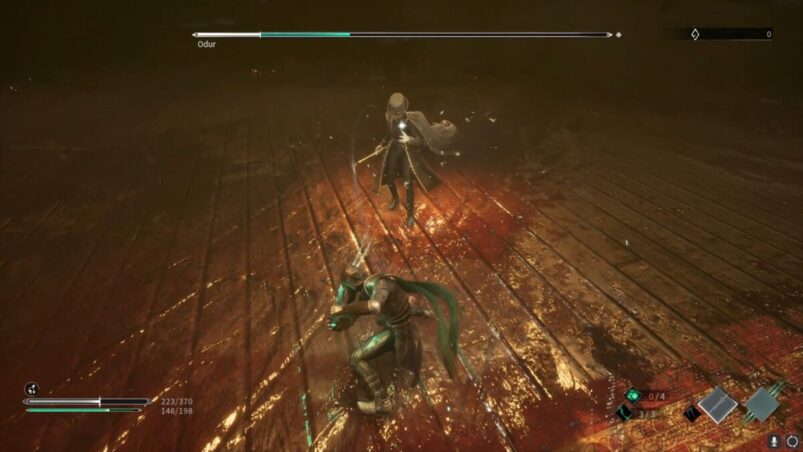 In Thymesia, you take the role of Corvus, a mysterious amnesiac reliving memories in order to piece together your existence. While regular enemies can be tough in this action-packed Soulslike experience, the bosses can pack an extra punch if you aren’t prepared for them. Ringmaster Odur is the first storyline boss in Thymesia, so here’s everything you need to know to beat him.

Hailing from a secret base inside the Sea of Trees, Odur is a good test of your skills up to this point. You’ll want to equip the Knife plague weapon for this fight, so be sure to upgrade it as much as possible before the fight. If you’ve learned the talent that allows you to equip two plague weapons, you’ll also want to equip your axe, especially if you’ve levelled it up enough to use the extended action.

The easiest way to take down Odur is to constantly be in his face wherever he goes. Don’t be afraid to pressure him, as his melee attacks are simple to dodge, especially with a specialized dodging talent such as Long Dodge. The best way to deal damage to him fast is by learning to parry his main combo string. Odur will disappear and shift to the side before reappearing and assaulting you with a quick combo. Parrying even the final half of the combo will inflict large amount of wound damage to the boss, which can be easily capitalized on with your Knife plague weapon to make it permanent.

When Odur runs from you, he will throw projectiles that you can either dodge or parry. Dodge these and close the distance with your Axe plague weapon when you feel you’re close enough. Since Corvus runs before the attack comes out, he will often run just enough to close the distance between himself and the boss. After it connects, it’s easy to continue your offense and wait for Odur to use his main combo again.

This strategy will help you beat the Ringmaster with little difficulty. Remember that if you’re still struggling, you can always grind out more levels to increase your power. One of the best ways to do this is by running through the first level again by taking a rest at a beacon within it.

Thymesia is available on PC, PS5, and Xbox One, Xbox Series X & S.