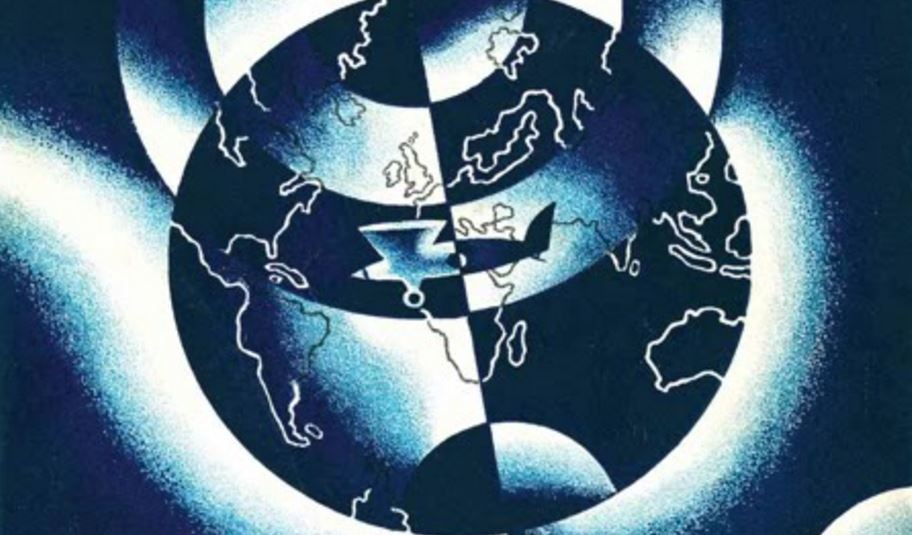 The following ten works are some of the most socially challenging reads out there.

They all address different aspects of society, whether the challenges they press are against politics, culture, human behavior, mental perspective or the age of consumerism, they seem to all come from the same core ethics. They seem to express a distinct character that cannot be covered in one issue, but collectively they paint the picture of the thoughts of those who are counter society. They speak the same language, a disdain for the defilement that fuels stark power imbalances, disdain for unexamined, unloving living and a love for freedom and truth.

Animal Farm was published in 1945 and written by George Orwell, who is known for advocating social justice and democratic socialism in his works. The captivating and intriguing thing about this book is that it is written in extremely simple language and starts out like a children’s story (after all, not many adult books are full of farm animal characters that can talk). But this book is certainly no children’s tale.

Orwell is very precise and almost heart-crushingly straight forward in the way he depicts and illustrates the cycles of political injustice. How a revolutionary political overthrow against the highest state of power goes around full cycle to become just what it was trying to escape.

He portrays how the smartest, cleverest and most cunning breeds of animals are the ones who naturally gravitate toward power. Also, how the pure initial objectives of the society become warped, corrupt and even cruel as time goes on and absolute power corrupts the absolute. Despite the short and simply written nature of this book, don’t be surprised if it takes you quite some time to read, as it can be so emotionally engaging that your heart might insist on several long breaks from it to digest the sheer magnitude of the philosophies addressed.

1984 was published in 1949. It is set in the dystopian setting of ‘Airship One’ where the world seems to be in a continuous, supposed state of war, where there is an omniscient government entity known as ‘Big Brother’ operating constant surveillance over the common people who have long since lost their individuality. They are in constant fear of being found guilty of committing ‘thought crime’.

Orwell illustrates how the constant pending threat of doom and the constant state of ‘war’ keeps the population fearful, and thus, easier to control. It tells the story of one man, Winston Smith, and his development from being just another average controlee to an independent thinker. Beginning to think for himself makes him realize that the world around him is based on totally fallacy. Though he tries to keep his thoughts a secret, the story meets a fateful and heart-wrenching ending.

Doors of Perception is a non-fiction, philosophical essay that was printed as a book. It describes the recalled experiences of the author, Aldous Huxley as he experimented with such psychedelic drugs as mescaline. It describes the different states that the mind experiences while under the perception warping influence of psychedelic drugs. He also goes in to discuss the nature of the mind itself and how one can begin to understand the mind at the deepest level by observing it as they undergo this experience. He describes the sensitivity, openness and receptiveness of his mind under the influence of mescaline and describes the experience as an ’indispensable trip to the realm of theory’.

He discusses what such a change in perception what mean and compares it to the ordinary default state of society in an insightful way. 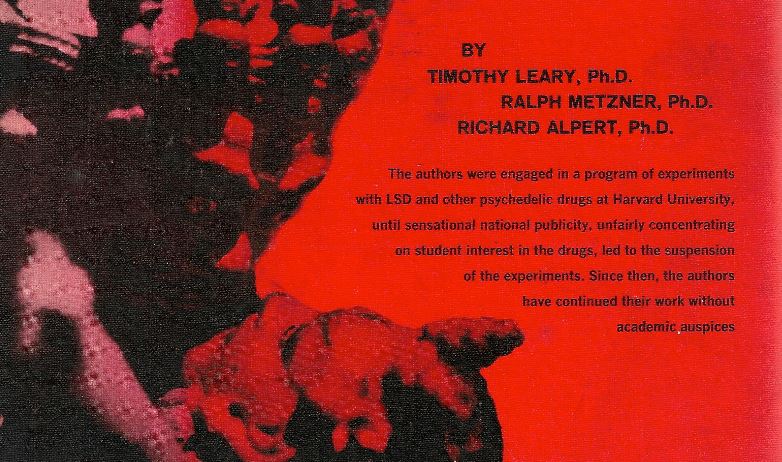 The Psychedelic Experience is written by a man named Timothy Leary. Leary was regarded as something of psychedelic guru in the early 1970’s. He was originally a psychology lecturer and writer at Harvard University where he conducted some research on the therapeutic nature in psychoactive drugs such as psilocybin and LSD. Although he and his projects became formally discredited by Harvard University for ‘the lack of scientific rigor and failure to observe established research guidelines’ he went on to gain a huge following and gained the respects of many young people who tested and believed in his radical methods.

The Psychedelic adventure is a guidebook/manual that is largely based of the Buddhist scripture The Tibetan Book Of the Dead. It describes how the methods that the Tibetan Buddhists used to consciously deal with and experience their own death are practically and systematically the same methods one should use to help ensure that a psychoactive experience is positive and proactive.

5. The Bates Method For Better Eyesight Without Glasses – William Bates

The Bates Method For Better Eyesight Without Glasses is written on restoring eyesight naturally through exercises and other methods, without glasses. It has been viewed as radical by medics and skeptics yet it has an indisputably large following. This following of people are made up mostly of people who have tried the method and succeeded in naturally repairing their eyesight without the use of glasses. Some of these people went on to be teachers of The Bates Method and have been vigorously spreading it around the world.

It describes how the habits of eyesight that most humans carry are more harmful than good (squinting when trying to see for example). It says how in order to break these habits we must first become aware of them.
The theory is mostly based around the subject of eye relaxation, as there are six muscles around the eye. When you are struggling to see something, it is very natural to squint, yet this is not the best habit as squinting actually puts tension and pressure on the eyeball, causing its shape to distort. When the shape of the eyeball is warped, so is the vision. So the method focuses on relaxation to help restore the eyeball to its natural shape and improve quality of vision. This method was extremely challenging to the optometry industry and even became banned at one time.

Jack Kerouac is one of the key founders of the Beat Generation.

The Dharma Bums describes the life of the author as he tramps around America with no more than a well packed backpack on his back and a young, hopeful spirit. It discusses a lot about the ethics and philosophy behind living in normal society. For somebody with a mind like the author, the normal life seems like the most mundane, unaware and illusory existence he could think of living. He would prefer to endure the hardships of having no definite roof over his head, no real income and no security. He discusses that the world is a reflection of the mind and no matter where one is, if the mind is not pure then the existence will be toxic.

It illustrates his mental journey to clarity through meditation and also his physical journey across land. It is written in the heart of the Beatnik generation and employs the philosophies of the freeloading lifestyle that was commonplace amongst the beatniks. 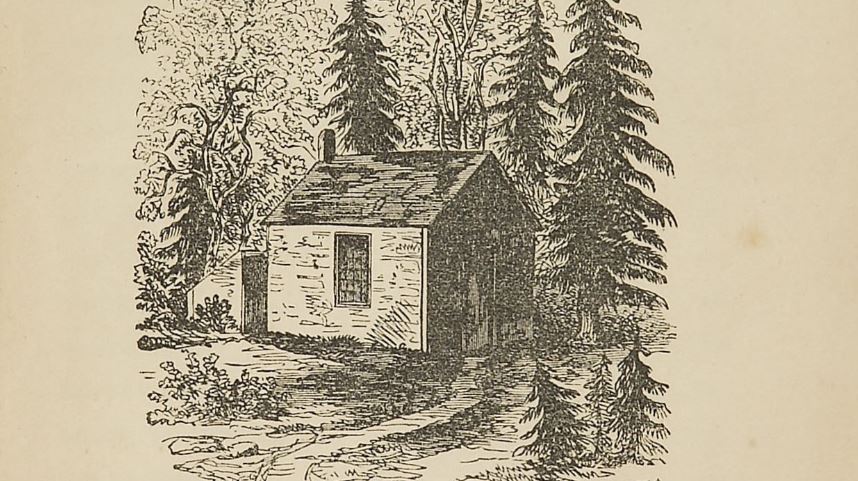 This philosophical, dense book is full of all different kinds of food for thought about a variety of different topics that affect society. The book is written over a near decade as the author stays outside of society to contemplate and try to deepen his understanding of humans, human life and human behavior. In his writing of this book we get to follow his train of deep contemplation where he discusses many things such as economy, materialism, people, relationship and more. It is an intensely thought provoking book and points out a number of unawareness’s that people have and a number of things that humans and society could possibly doing better.

It promotes reflection and simple living in natural surroundings. It is the product of what is now referred to as the social experiment that the author underwent by isolating himself from modern society to think and reflect.

Brave New World is set in a London dystopia on its own invented timeline. It describes a world where people are grown in test tubes rather than naturally created through the means of sex. It describes a world in which the individuals are brainwashed and psychologically manipulated by a dictating power since birth and grow to believe that the life they mandatorily lead, is the best of all possible options. They are not encouraged to be individual or to think independently and have been classed since birth into a specific place on the social and intelligence ladder which they are bound to stay. The classes are strictly separated and trained to have no desire whatsoever to interact with one another.

It is a very well written book that Huxley completed in 4 months in hope to provide a shocking depiction of the future. The difference between his illustration and the picture provided to us in 1984 is that he believed that if the world were to be controlled by one dictating ruling power that people would be happier to play along with it than expected and it wouldn’t be quite as difficult to maintain control over the masses.

Culture Against Man is a book of controversy and was written by anthropologist Jules Henry. It attacks modern society from a varying degree of different angles. One particularly memorable point made is that culture was initially invented to assist man in his struggle for survival. He discussed that over time, instead of aiding man in becoming more evolved is causes man to become weaker and instead of culture adapting to fit man, man now must adapt to fit into the culture in which we have made.

He describes the education system as ‘pathetic’, stating that it kills creativity and never truly allows a human to be themselves.

While the views expressed in this books are very intense they have very good philosophical and observational credence. The things discussed can be applied and noticed in any modern agrarian society and the book provides a great foundation for one to think on the subject of society from a point of view that is not often discussed and certainly doesn’t have a lot of popularity. It helps one to analyze their own habits and examine the reasoning behind their own habits and actions.

In One-Dimensional Man, the author offers plenty of critique on modern contemporary capitalism and also on the Communist Party. He discusses the enforcement and the effects of social repressions as well as the need for, yet the declining potential of revolution in the west. He expresses his very strong; a critical view against the consumerist world, believing that it is no more than a method for social control.

The expresses his distaste for the intrusion of advertisement and sees it as a corruption to try to convince people that happiness can be bought. He believes that most people in western society are trained to be one dimensional people that assume a type of tunnel vision that disables them from seeing that there are many more other dimensions of human existence. It is an advocate of critical or ‘negative’ thinking as a defense against the rising, blind stupidity of positivism which he largely sees as blind and unexamined.