This War Of Mine Is As Affecting As You Remember

The final word on one of the most important games ever made. 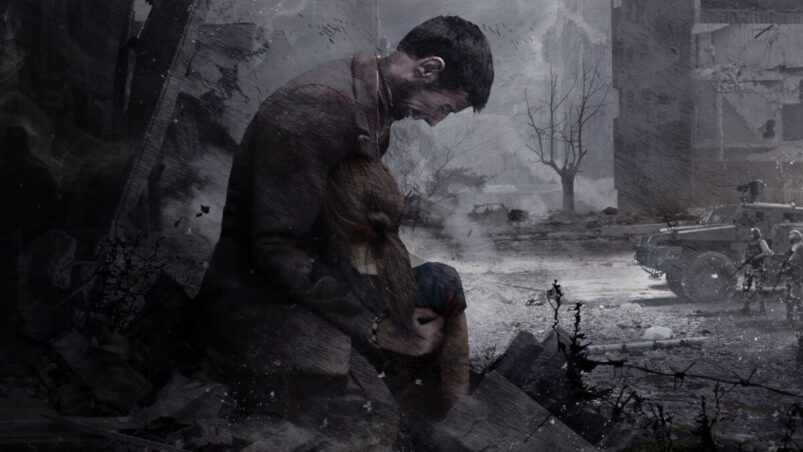 This War of Mine

It’s been almost eight years since This War of Mine first released. A lot has changed in that time, but some things have sadly stayed the same. 11 bit studios’ breakout game remains harrowing and, unfortunately, relevant as it moves into the ninth generation with a release on PS5 and Xbox Series X & S with This War Of Mine: Final Cut.

Final Cut combines all of the DLC (including The Little Ones) and even Stories (more guided experiences and a good way to start off with TWOM) into one complete package, with 4K resolution and UI improvements on top. I’d not played This War of Mine since being left devastated by The Little Ones, yet it took absolutely no time at all for me to start questioning every decision and for my ethical compass to go completely haywire.

Compared to so many of its war game contemporaries at the time, This War of Mine really stood out at launch for placing you instead into the shoes of an everyday citizen caught up in a civil war. It’s grimy, ugly, and all too real. Rather than charging into battle, your battles are on a far smaller scale yet no less dramatic but without quite such a cinematic lens. It’s hard to find much glory in stealing supplies from an elderly couple, or being forced to kill another innocent who’s only trying to survive.

That’s always been the question posed by This War of Mine: how far are you willing to go to survive? As resources get tighter and opportunities grow slimmer, you’re almost forced into doing things that earlier wouldn’t have been an option, such as stealing from the homeless and even prioritising which of your survivors gets the most resources. When you have a young child in tow, there’s only really one choice, and I found myself doing everything to try and keep them safe — including foolishly taking on soldiers to try and claim their supplies. The young girl became an orphan, and it wasn’t long before she was left completely alone.

This War of Mine is really about strength in numbers and togetherness, as there’s little hope with just one survivor. In the day, you upgrade your shelter, adding new tools (such as a stove or herb garden) and fortifying against raids. At night, you venture out to other shelters (abandoned or otherwise) to scrap together what you need to survive and patch up your home. It’s a stroke of design genius that you also have to also have someone guarding your shelter against raiders while someone else scavenges, meaning that it’s a constant balancing act of having enough weapons, bandages, food, and rest to see out another day. There are no easy choices in This War of Mine.

Stories, however, does take the difficulty down a few notches, giving you more than enough supplies and the option to replay days if it all goes wrong. This mode offers three different narrative experiences to play through that are more guided than the traditional TWOM experience, though you do get to still make those customary tough choices.

My favourite of the three is ‘The Last Broadcast,’ which follows a couple who are trying to spread important news via radio under threat of death. The husband, Malik, is disabled, meaning that the wife, Esma, also has to bring food and look after Malik’s need while scouring their ruined city for intel. Add a son who’s on the wrong side of the conflict into the mix and you have one emotional, very impactful story that also crisscrosses with the other Stories available. 11 bit has built their name on letting the player write their own tales, but Stories proves that they can craft a more conventional narrative with the best of them.

For as groundbreaking as This War of Mine was in 2014 and remains in 2022, it must be said that the Final Cut version of the game does miss an opportunity or two to de-clunk the controls, to quite a frustrating degree.

I’m not sure if it’s the DualSense or the game itself, but trying to get a character to up and down the stairs or simple to to the right or left of stairs is a complete 50/50. Sometimes they will go exactly where you want, other times they will randomly climb up, while they can also at points just do nothing at all. Considering you’re against the clock each day and night, it can be just flat out infuriating when you lose time because your character isn’t co-operating, doubly infuriating when you’re trying to run away and they just don’t want to clamber up to safety.

These are things that can probably be worked on, but even with those frustrations, This War of Mine remains an essential indie game. It’s not an easy experience, and it shouldn’t be — war isn’t easy, and what’s right and wrong isn’t always black and white. If you’ve never played This War of Mine, then the Final Cut is the final word on one of the most important games ever made.

READ NEXT: 10 Best Switch OLED Games You Should Play