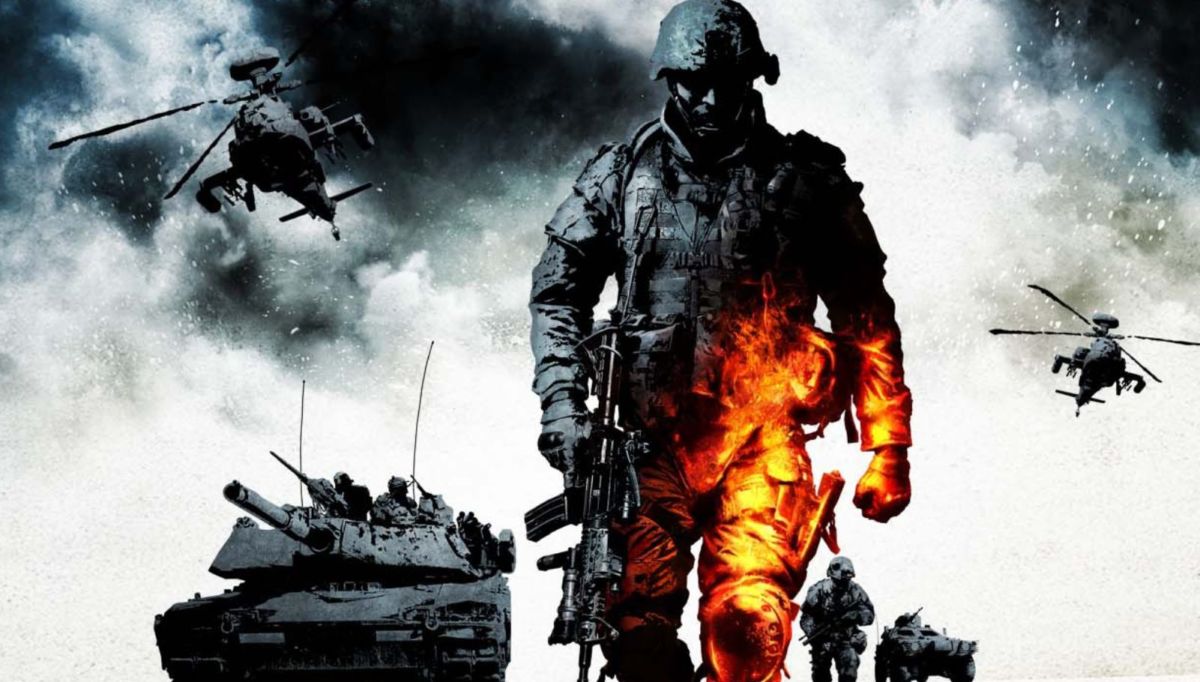 15 Best War Games You Should Play

War’s changed. Or has it? Depends on who you trust more – David Hayter or Ron Perlman. Regardless, as this list of the best war games will show, what definitely has changed are war games.

Once pixelated battlefields come to life with hyper-realism and bombs that used to “ping” in our ear now erupt over surround sound speakers. Every firefight grows more intense as we run for cover, rush up to rooftop vantage points, plow through enemies in lumbering tanks, and aimlessly toss explosives hoping something will hit.

The mechanics and visuals may have changed, but the core focus of every war game is the same. It’s all about the fight, and the following 15 best war games, ranging from early-era gaming to modern consoles with just one entry per franchise included, give us some of the most memorable we’ve ever geared up for.

What if it were your finger hovering over the infamous big red button? Every nuclear strike the nation takes is your call. The deaths of millions rest in just one muscle movement. It’s not a pleasant position to be in – unless, of course, the whole point was to exterminate your enemy and be the only nuclear power left standing.

Nuclear war is a terrifying concept, but DEFCON tinkers with it by pulling inspiration from the 1983 movie Wargames. As a General tucked safely away in an underground bunker, it’s your job to wipe out your enemies while keeping civilian casualties low for your nation. That means strategically planning your strikes while keeping your missile silos, nuclear subs, and bombers hid.

DEFCON is a full-on strategy game played on a world map threatening to go completely nuclear. Can you manage to wipe out your enemies, destroy any signs of counterattack, and keep the people of your country alive? It may sound a lot easier than it is, but DEFCON’s entertainment value far exceeds the frustration of losing, which you will do a lot.

So often we see depictions of World War II trickle out of Hollywood from an Americanized point of view. Gaming has changed that a bit, especially with games like IL-2 Sturmovik. Before Call of Duty became the “it” game for the World War II setting, Sturmovik places players in 31 different warplanes and sent them soaring into the Eastern Front at the height of the conflict.

IL-2 Sturmovik, named for the Soviet ground-attack fighter, is a combat flight simulator that lets you join the Allied or Axis powers as a French, Finnish, German, Polish, British, American, Japanese, Italian, Hungarian, Australian, Nordic, Romanian, Slovakian, or Kiwi pilot. Choose your craft of choice and engage in thrilling dogfights over a variety of different European environments.

Flight simulators have come a long way since the first entry of the IL-2 series launched, but despite its age, Sturmovik stands up incredibly well against others of the same genre. As with any flight simulator, when you get tired of actually playing the game, you can waste time coming up with ridiculous ways to crash. Clearly, that’s what landed IL-2 on a best war games list.

13. Close Combat: A Bridge Too Far

War isn’t just about rushing into the fray with your regenerative health and arsenal of firearms. Sometimes, there is a strategic side to it. Close Combat: A Bridge Too Far opts for the thought-provoking procedures of conflict and sets it against the backdrop of World War II. The playing field is a 2D map speckled with 3D terrain that serves all sorts of purposes in the thick of battle.

In Close Combat, it’s not just about placing units in the optimal spot. You have to watch their stats and make sure they don’t go mad from fatigue or are out of ammo. The best soldiers are those that are well equipped and mentally prepared for the fight, and that’s only one hurdle you have to clear to obtain a victory.

Every decision you make can have dire consequences, so those decisions must be made carefully. Misplace your troops and they’ll be overtaken immediately. Fail to provide tank support and you’ll risk losing your position. In Close Combat, it’s all about anticipating your enemy and knowing the limits of your units.

We’re so used to being in the thick of battle, mortar shells and bullets peppering the ground around us. It’s not often that we see a war from the viewpoint of the civilians it may affect. This War of Mine is a different take on the genre that swaps out an arsenal of weapons for dwindling supplies and replaces non-stop action with slow-paced survival.

Controlling a group of civilians, players must do all they can to survive within their makeshift shelter until a ceasefire is reached between warring nations. The (fictional) city of Pogoren, Graznavia has been hit hard by the conflict, leaving minimal supplies and tools behind.

Manage hunger, health, and mood levels by being creative with what tools you can find to avoid becoming another casualty of war. Only in the cover of darkness can you scour the decimated city – but the horrors of war never truly sleep, and even fellow survivors can be your downfall.

Who’d have thought that a cartoonish art style would fit so well within a wartime environment? Valiant Hearts proves that war games don’t always have to be gritty and realistic to be effective and land on “best war games” list.

Set during World War I, players take on the role of four characters – a German, Frenchman, American, and Belgian – and battle their way through a series of connected campaigns. In this case, by battle, I mean use their wits. Valiant Hearts is not a straight-up action game and is filled with puzzles to complete in order to survive the war. Or at least try to.

From French POW camps to the frontlines of the Nivelle Offensive, Valiant Hearts doesn’t hold back on the horrors of war. Most surprisingly, the art style and puzzle-based gameplay don’t detract from the somber mood you would expect from a World War I game.

Unlike many war games where soldiers almost seem bloodthirsty on the frontlines, Valiant Hearts reminds us that, sometimes, men fought because they had no other choice.