Dispatches from down in the trenches of current affairs programmes. 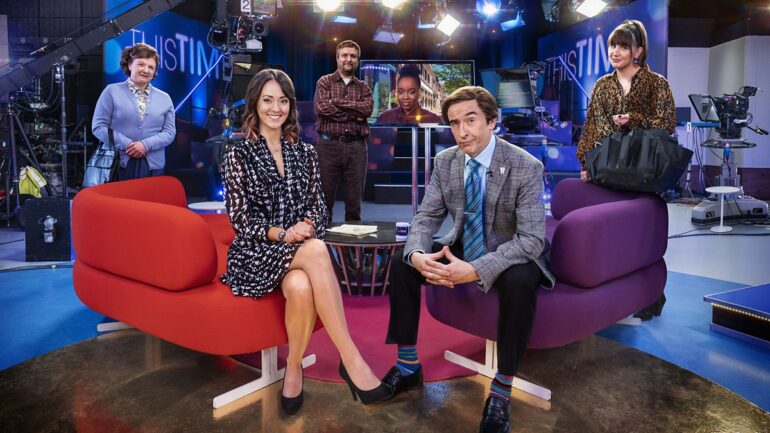 Alan Partridge’s prime-time appearances have always been vaguely skit-based, going back to the Knowing Me, Knowing You days when Rebecca Front, Doon Makichan, and Patrick Marber would play a vaguely recognisable celebrity archetype for ten minutes each. They never crossed over into being a sketch show, but they weren’t a million miles away either.

That definitely applies to This Time, which is (a spoof of) the sort of magazine programme which is already cut into easily digestible and largely separate chunks. Productions like Scissored Isle had all their constituent parts dancing around one central theme, but still, were by and large a series of disconnected bits loosely strung together. Here it’s very clearly building to something.

This season of This Time is bookended by two episodes in which this is basically spoken out loud – both involve a great deal of anticipation for some big, juicy, ratings-worthy item, so much anticipation that you the viewer can be sure from the get-go that something’s going to go wrong, and some rug will get pulled out from under it. And when it does, it feels authentically like a live broadcast going in an unexpected direction, with the only flaw being that it’s all too perfect a disaster.

Without actually being a sketch show, This Time shares the same benefit that it can afford to be hit-and-miss – if you don’t like this bit, don’t worry, there’ll be another one along in a minute. But this does it a disservice, since it has a genuinely high hit rate. The worst you can really say of any of it is that it’s a little too obvious, but never that anything genuinely fails. Serious fans, like your humble narrator, will notice one or two moments cribbed from the lesser-known Partridge works (like Alan’s account of making friends with Brian May), but these are minor niggles – and strong bits in and of themselves.

Some bits which seem like they’re going to go somewhere don’t, but when the show launches into a bang-bang-bang of payoffs, it may feel like three buses arriving at once, though also you won’t really care. It’s far more like an example of the show’s fertility of ideas, rather than a failure to follow up on things. Truth be told, there’s enough going on that to have everything be the trigger for some eventual payoff would have simply been too much to deal with.

Take Simon Farnaby’s twatty rival presenter, who gets some excellent moments this season, but once that plot comes to the end of its natural life they let it die gracefully – they don’t struggle to keep it going. Likewise, Lolly Adefope’s roving correspondent Ruth’s dynamic with Alan crystallised almost immediately in the first run. They’re still finding new ways to riff on it here and there, but they’re not dragging it tortuously into the dirt from overuse.

Susannah Fielding’s obligatory much younger female co-presenter Jenny remains fairly underplayed, although that’s by design. Every time the cameras are off her, her Stepford smile melts away, which is pitch-perfect, but beyond that, her screentime is mainly spent as a deer in Alan’s rambling headlights. This is obviously intentional, but when we do get the occasional more revelatory moment from her it can’t help but make you wonder why someone who’s literally at the centre of events is left so peripheral.

Tim Key’s Sidekick Simon, a longer-standing resident of the Partridge universe, fares a bit better. In the first run of This Time, Simon had his own deer-in-headlights tendency, it being his first appearance on national television. Now, more comfortable in his own skin and not wholly shackled by the incomprehensible digiwall (another element of art which was imitated by life), the underlying tension of him being generally more likeable than Alan comes to the fore.

Much like Jenny’s mask of stage-managed cheer vanishes the second the cameras are off her, Alan also has a tendency to let the mask slip – which can either end up weirdly sympathetic, or turn into outright nastiness. And when he does bad things, we can at least understand why (usually for his own benefit).

In reviewing the first season, I noted that while Alan was still lovably floundering, his presenting style had become distinctly more polished than his earlier prime-time outings. And while he is as prone as ever to digressions or pre-recorded segments which are obviously an excuse to have a nice day out, there’s a few moments here when he’s downright slick, albeit not in a nice way.

But just as we know his big moments will come crashing down, when he does something particularly nasty, and this season clocks up some doozies, it’s a sort of pre-emptive reason for why he deserves the awful thing that’s about to happen to him.

When Alan does have his richly deserved comeuppance fall upon him from a great height – and, in fact, in a lot of other situations – half his reaction is in the facial expressions. The phrase ‘rubber-faced funnyman’ gets trotted out a lot to describe a certain sort of comedian (Jim Carrey et al.), and Steve Coogan is not that, but nonetheless it’s worth remembering Coogan started out as an impressionist, and Alan began as a king-hell spoof of every sports broadcaster. This is a kind of facial control in which Coogan is well-versed, and it shows.

Even when someone else is talking, Alan has enough going on with his face that it’s as if it’s still his side of the conversation. This, more than any scarcity of lines, is perhaps why Jenny feels so underplayed. For every facial flinch and cringe-behind-the-eyes she gets after Alan does something grating, Alan himself is casually pulling out expressions which, if not going full rubbery, then at least stretch the bounds of reality a little.

(One particular catalyst for this is Bill Fellows’s recurring audience member, a believably troubled fan of the show who by now Alan is beginning to dread speaking to.)

This has been a feature of the character for a while now, but it seems particularly prominent in this run of This Time, especially given the format – little giveaways into what he really thinks while he’s on camera. Again, it’s the mask slipping. But what’s still truly remarkable is that there’s such a mask to slip, and so much to be revealed underneath.

It will be thirty years this August since the public first met Alan Partridge, then merely an incompetent sports correspondent on the excellent radio news spoof On The Hour. Although these days we can hear his joints crunching when he performs an ill-advised stunt, the comedy simply has not grown old as the character has. The second season of This Time stands as a testament that this is one of the most robust comic creations of the twentieth century – and quite possibly of all time.

READ MORE: The Partridge Diet: How To Eat Like Alan 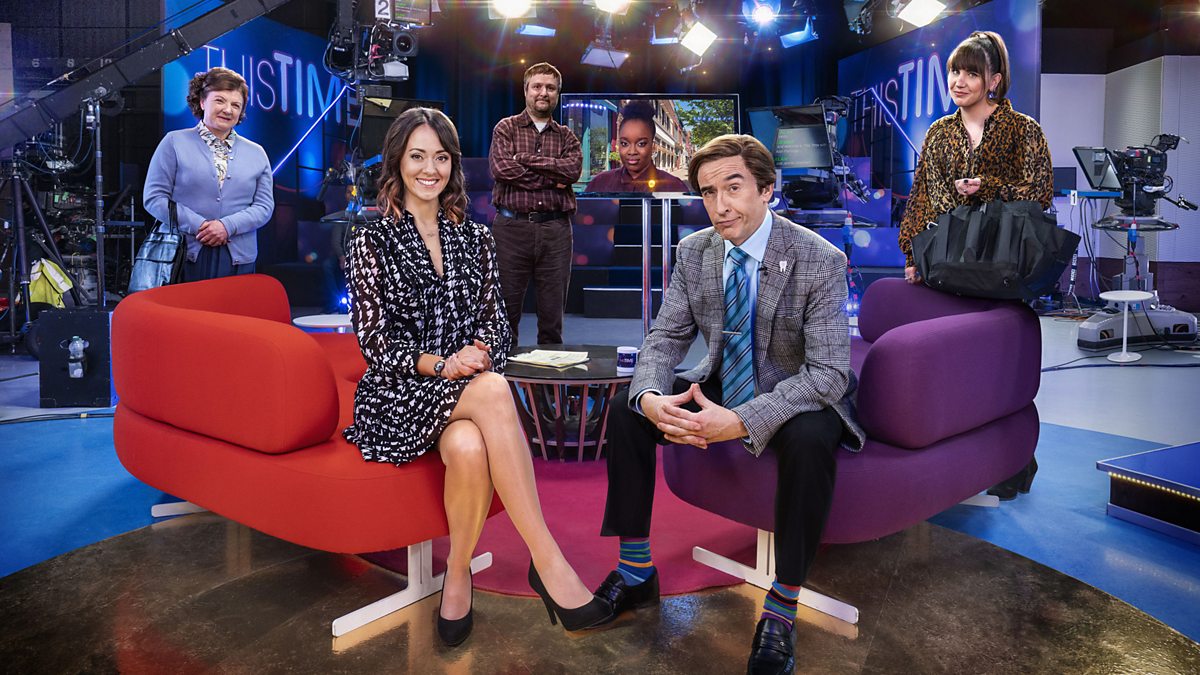 Verdict
It’s meant to be taking the piss out of lightweight current events shows, and does it so well you end up wishing this was on every day at teatime instead. Long live Partridge.
9
Cultured Vultures is a pop culture website established in 2013 covering all things gaming, movies, and more. We eat your words.
All The News On Your Favourite Games