They Are Billions (PS4) REVIEW – Billions of Panic Attacks

There are billions of reasons why you should play this game if you haven't just yet. 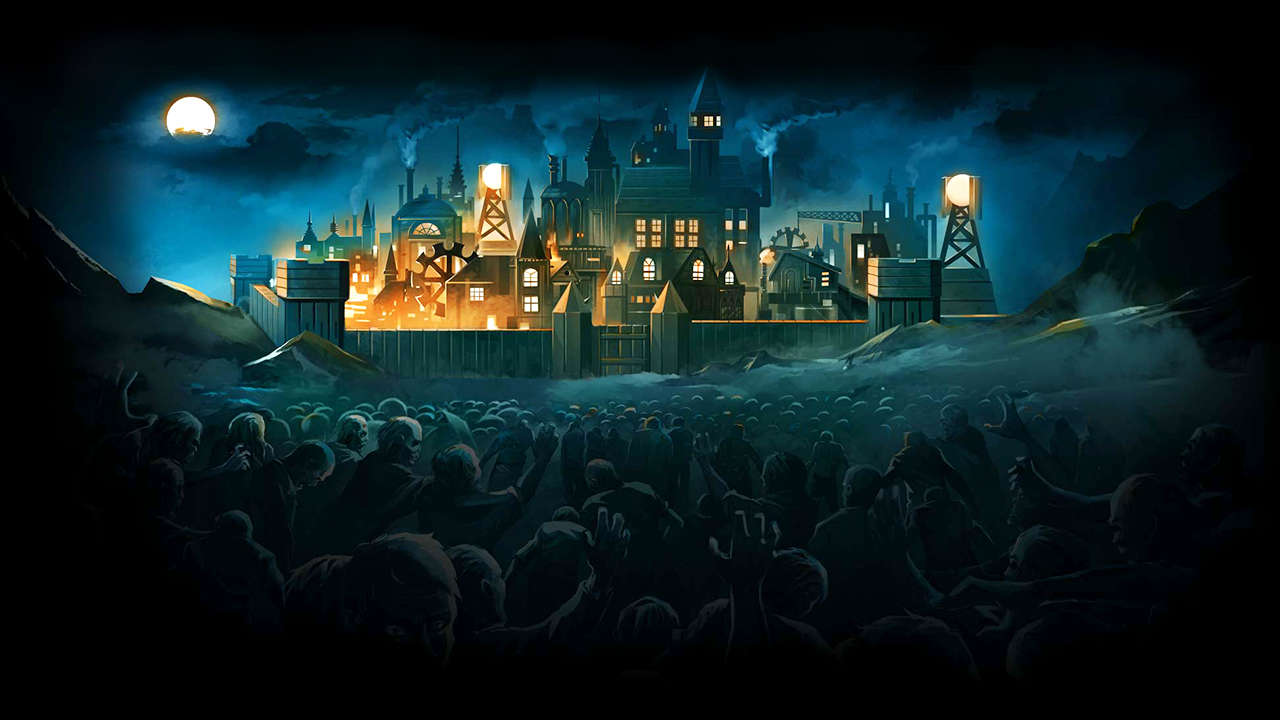 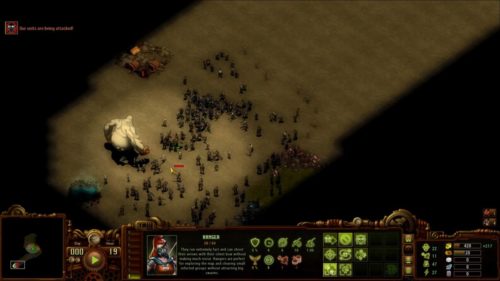 They Are Billions offers the kind of experience that you either flourish or flounder in, one that compels you to become a Howard Hawks obsessive to have any hopes of seeing out the day. I started off barely invested in it, questioning what others found so challenging as I traipsed through the post-apocalypse. My colony was thriving, all of my resources were on the up, and my army was packed with veteran fighters who easily handled whatever was thrown at them.

And then I became too complacent, too cocky. While I was expanding north, I had neglected my east side. I would eventually get around to upgrading to stone walls and upping my personnel there, but the zombies hadn’t troubled me there yet, so why bother? Within minutes, the zombies had found a way through my weak defenses and were now rampaging through my lodgings, bolstering their numbers as they went. I could only watch on helplessly as they made short work of my Command Center, undoing four hours of work and returning me to the title screen. 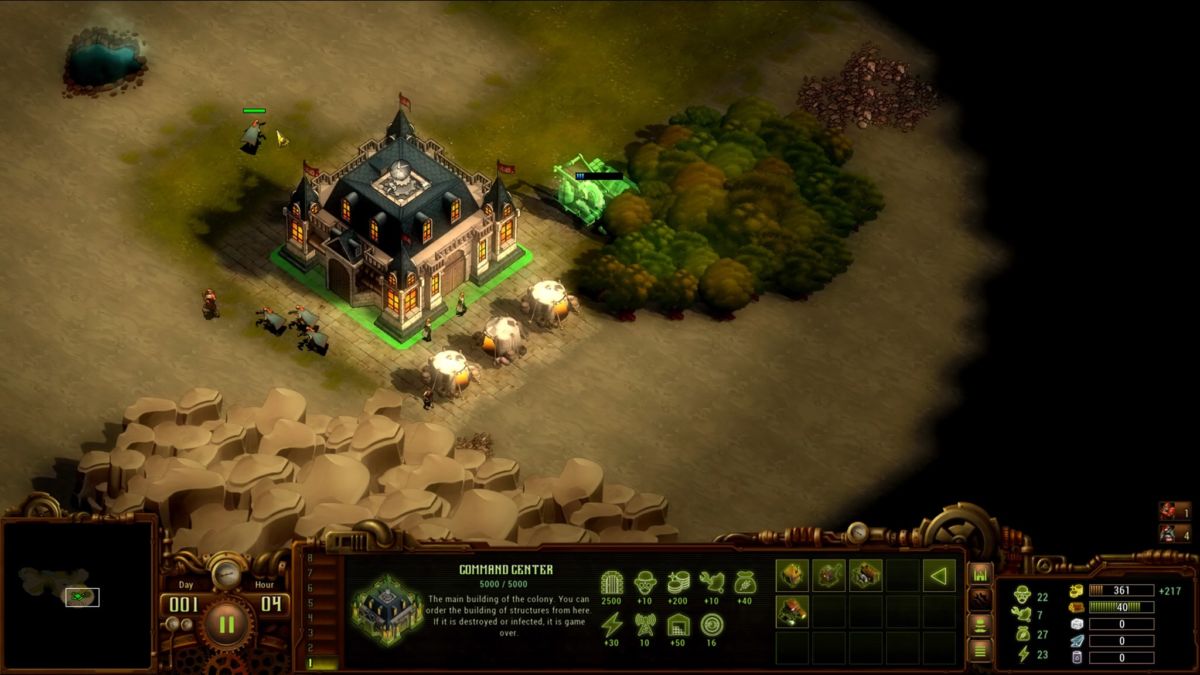 After a period of reflection (read: pacing around the room and muttering obscenities), I was compelled to jump back in again. They Are Billions is a tough game that may turn some players away after the first couple of seemingly unfair setbacks, it not making save scumming easy and also kicking you while you’re down. However, I couldn’t wait to dive back in to this hybrid of genres mixed with a panic attack simulator after even the most disheartening of failures.

They Are Billions is a blend of tower defense, RTS, and survival, as well as arguably horror. This concoction goes down pretty smooth, likely leaving you hooked within your first hour after a rocky acclimation period on console. RTS games don’t often work terribly well with a controller, but They Are Billions is a successful port from Blitworks — for the most part. A slightly too sensitive cursor and lack of fluidity when selecting things often made me want to reach for the mouse, though I did eventually get used to it. However, the game randomly swaps controls around when unloading units from a tower, which is something that my brain could never quite agree with.

The clumsiness of playing on a controller is offset by They Are Billions’ pause feature, which allows you to look around the map and weigh things up as the action stops. I used this pretty liberally to check every nook and cranny, scour all crevices, and just generally obsess an unhealthy amount. They Are Billions really scarred me during my playthrough, leaving me micro-managing every single detail I could, and there are a lot of details in this ambitious game.

In Survival mode (where you will spend the brunt of your time), the main goal is to survive a set amount of days based on the difficulty you select. I managed to scrape my way through “accessible” without feeling too guilty about it — I would have needed about a hundred hours of gameplay under my belt before I felt comfortable enough to crank it any higher. With 120 days (which actually turned out to be 110, much to my anguish) to expand your colony until the final, absolutely gigantic wave hits, They Are Billions turns into a race against time that also asks you not to rush too much for fear of overlooking the essentials. 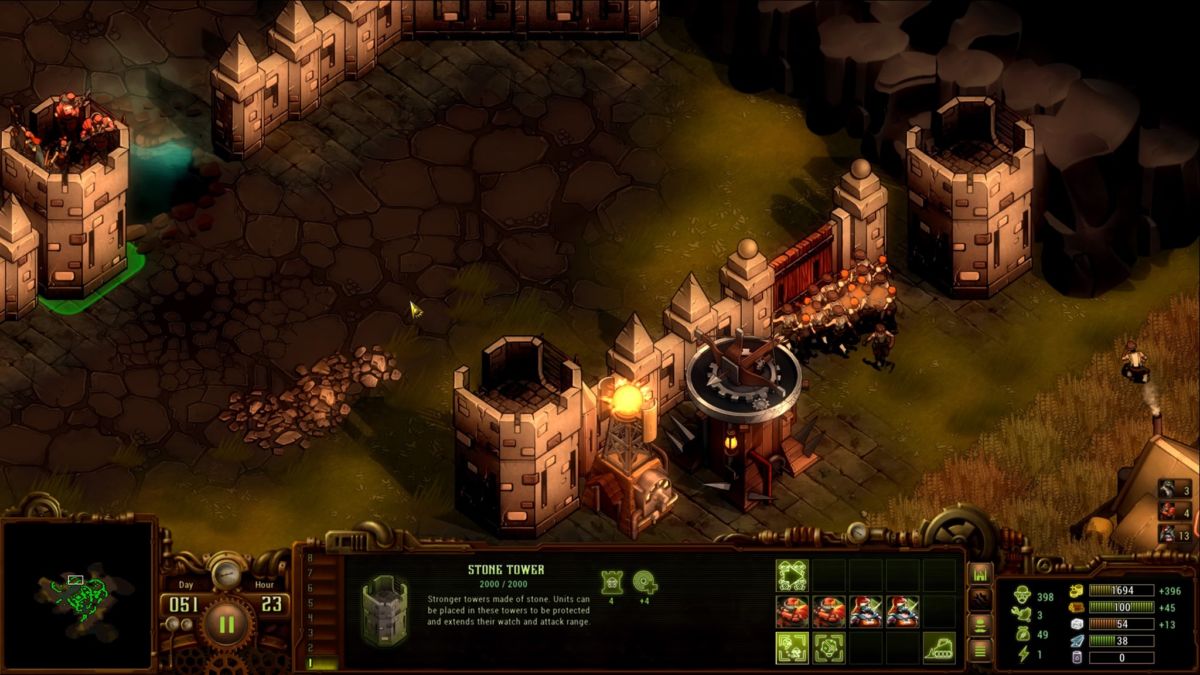 Your hub is the Command Center: a building from which you basically oversee everything. If this falls, it’s game over, and as I discovered too many times for my own sanity, it can happen in the blink of an eye. You are given five units at the start of a map and a tiny pool of resources, so it’s up to you to either go out and find more or create some. Building lodgings brings in extra money and workers, the latter of which you can either incorporate into your army or set to work. The steampunk setting allows They Are Billions to get creative, giving you access to things like walking robot turrets and then eventually leviathan spires that dominate the landscape, among many other wacky creation.

Things start off simple with all wooden structures and harvesters that will keep your resources totting up, albeit slowly. There’s a lot of anxiety that comes with waiting for your wood, stone, and other assets to accumulate, especially as you’re against the clock. There’s also the fact that roving zombies can come from anywhere so placing down towers and wall are necessities to keep the “heart” of your colony protected. You will eventually be able to build structures from stone, as well as far more durable soldiers and formidable defense weapons that tear through the infected. Getting that deep into the game is easier said than done, however.

Zombies roam the map and don’t present much of a threat on their lonesome; a single unit atop a watchtower is usually enough for the first ten days. However, They Are Billions will have you reaching for the paper bag to calm your breathing down with when a horde is en route, the fantastic soundtrack booming as the hours tick away until their arrival. These hordes start off as a trickle but eventually become so numerous that they don’t even fit on the screen. All of your best laid plans (or so you thought) can evaporate in a minute if there’s even the slightest of weaknesses in your walls, or you’re simply underpowered to deal with the legions of infected. There’s a balancing act of warfare and expansion that you will need at least a couple of harsh lessons to really understand.

The risk and reward nature of They Are Billions is thrilling as you venture out into the darkness with your rangers (basically sassy elves) and try to scope out the challenges that lie ahead. I was reminded of the scene during Game of Thrones’ Battle of Winterfell in which the Dothraki suddenly come across the White Walker horde whenever my recon team would turn a corner and be met with about a hundred zombies. The further you venture out, the more valuable resources, but the higher the risk — I won’t soon forget the time I suddenly came across a giant and how quickly it decimated my troops. 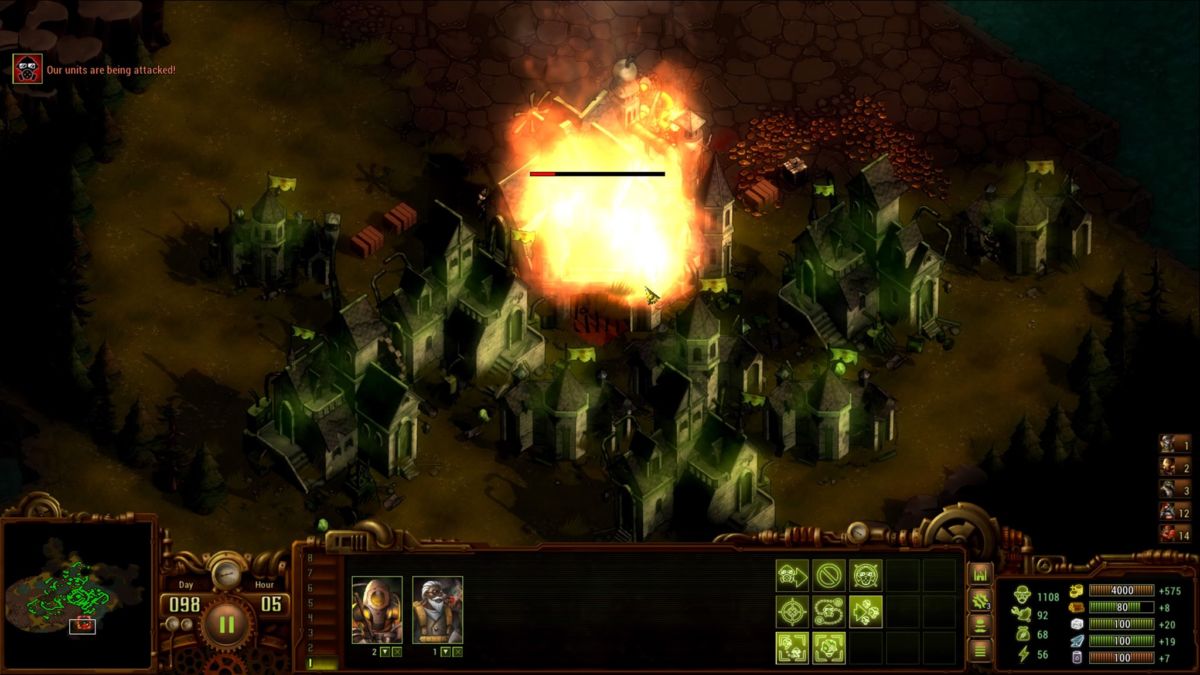 If you can balance the many moving parts of They Are Billions, it can be too easy to let arrogance set in, which is when you come undone. I was coasting during one playthrough when I suddenly received word that the final horde was on its way. I had simply forgotten to build my troops and was too dependent on my weaponry to repel the hordes, so when the final wave came into view and utterly swamped the map, I could only sit still with my mouth agape in silent terror as they comprehensively battered me. I didn’t make the same mistake the next time out, but still felt my anxiety levels spiking after my defenses were breached, leading me to hurriedly amass my free soldiers to one spot as the zombies rampaged. I overcame them and the rest of the horde with sheer sweat-inducing attrition and treated myself to a very meaty fist pump afterwards — the feeling of success against the odds in They Are Billions is second to none.

While They Are Billions on PS4 is overall a decent port of a PC Early Access graduate, it’s still not hard to feel like it would be a much better fit with a mouse and keyboard. Though you will likely get used to it, the tiny menu icons and ultra-sensitive cursor can frustrate. There’s also the fact that this is an inferior version of the game, it not coming with the (controversial) campaign found in the Steam version, so you’re missing dozens of hours of content. Challenges are a neat addition, though not one that I felt too invested in personally.

From a technical perspective, Blitworks have done a good job of condensing a game that can have tens of thousands of zombies on-screen at once, though it isn’t perfect. My overstuffed colony really killed the framerate towards the end of a map, my inputs somehow also not registering unless I spammed them. While I might be an outlier, I also suffered five pretty devastating crashes on a PS4 Pro that undid plenty of progress. A patch seemed to fix the regularity of them, but a crash still came during the final wave — this may have actually given me a second chance by accident, mind you.

If you don’t have a PC that’s up to standard or just want to suffer consecutive panic attacks from the comfort of your couch, They Are Billions is one of the best RTS games you will find on console. There are billions of reasons why you should play this game if you haven’t just yet.

READ NEXT: They Are Billions Beginner’s Tips: How To Survive The First 50 Days

Verdict
Though sometimes clunky controls and missing features will have you reaching for the keyboard, They Are Billions on PS4 is still a descent into madness that will have you hooked if you let it.
8