The Value of the Professional Critic 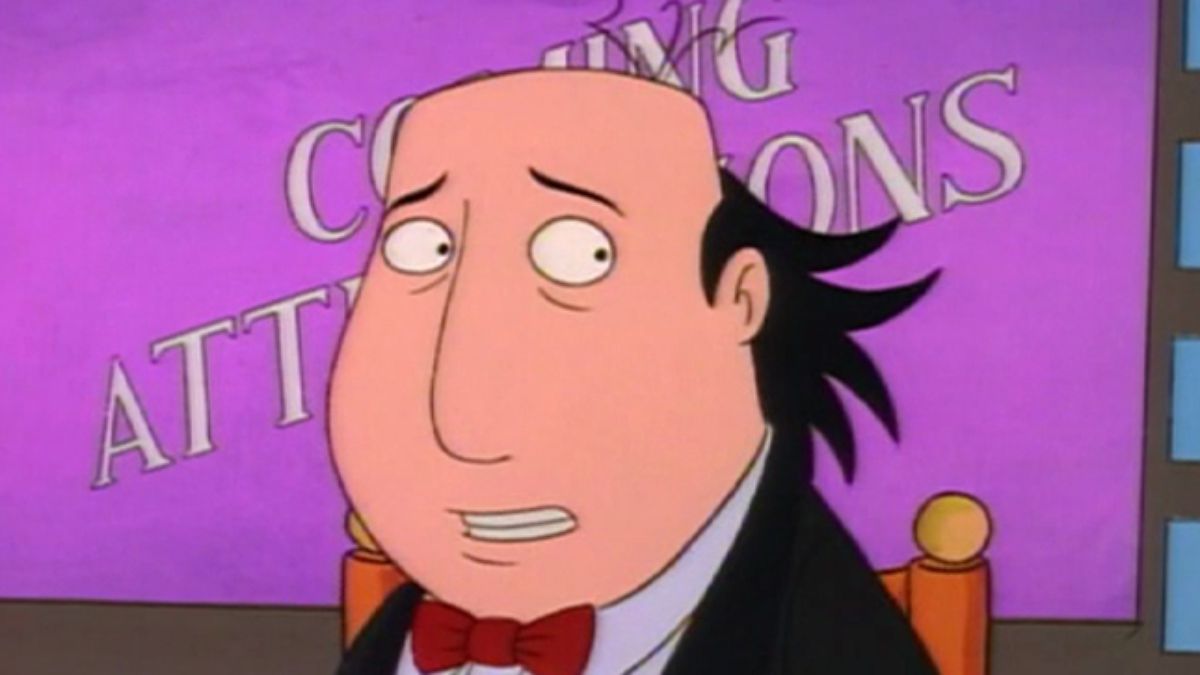 The critic, that is the professional critic, is something of a cultural punching bag.

They cast a gloomy shadow over the imagination. A crooked back, sallow eyes and pale skin, an unforgiving demeanour, dressed in something miserable, something black, a funeral dirge made cloth. Think of the food critic from Pixar’s Ratatouille, or turn to Simon Cowell, a man with a scowl so perpetual it inspired an entirely new comic archetype.

We love beating up on the critic, we love casting them as the villain, proving them wrong, ripping their scepticism out of their mouths and making them eat it. When The Great Gatsby was rediscovered during World War Two, despite the scorn of contemporary critics, we incorporated that cynicism into the novel’s wider mythology. More than just a ‘great book’, it’s a ‘great book that beat the odds’. Fitzgerald’s posthumous success is an underdog story, the critic its villain. They’re an easy target, critics, because they’re so fun to prove wrong, they strike us as cultural bottom feeders, consuming and consuming and consuming, but adding nothing of value.

But their role is nonetheless vital. They facilitate a kind of cultural introspection. They considers the value of what we, as a culture and a society, produce. Because as much as we might like to assert otherwise, art of any sort is not a one man show. It’s the result of decades of unique personal experiences, of being raised within certain cultural conditions, with certain beliefs in mind, certain perspectives valued above others, and with certain works of art placed on a pedestal. It’s no coincidence that Hamlet, the quintessential Elizabethan play and the most famous of Shakespeare’s oeuvre, portrays a man seeking purpose and identity, when the world in which it was produced, on the cusp of modernity was doing the same.

Often, creators aren’t going to know what inspires them, or what lingering impressions are influencing their work. As the iPod made its way to the mass market, when it brought its minimalist design sensibilities to the pop cultural fore, we didn’t, in the words of Evan Puschak, see the perfect means of ‘harmonising the confusion of modernity’. It didn’t strike us as the only antidote to an existence defined by info-mania and overload. It just felt right. Simply, intangibly right.

The critic is the one who sits and considers that response. In so doing, in sharing those considerations, they encourage a kind of collective self-awareness. That’s good, not only because it gives us more of the stuff we like, but also because it protects us from what might do harm.

Because, let’s face it, art is really bloody dangerous. Consumed thoughtlessly and produced with the right intent, it can twist the individual’s world view and fundamentally pervert their belief system. One 2016 study found that Germans raised during the 1930s, that is, under the auspices of the Nazi regime, are ‘approximately twice as likely to hold extreme anti-Semitic beliefs’. Art has been used to justify some of the greatest atrocities in human history, it is as a weapon as much as it is a tool. Go beyond that, though, and you’ll find that art, poorly conceived and badly executed, can embody some of the worst facets of our society. 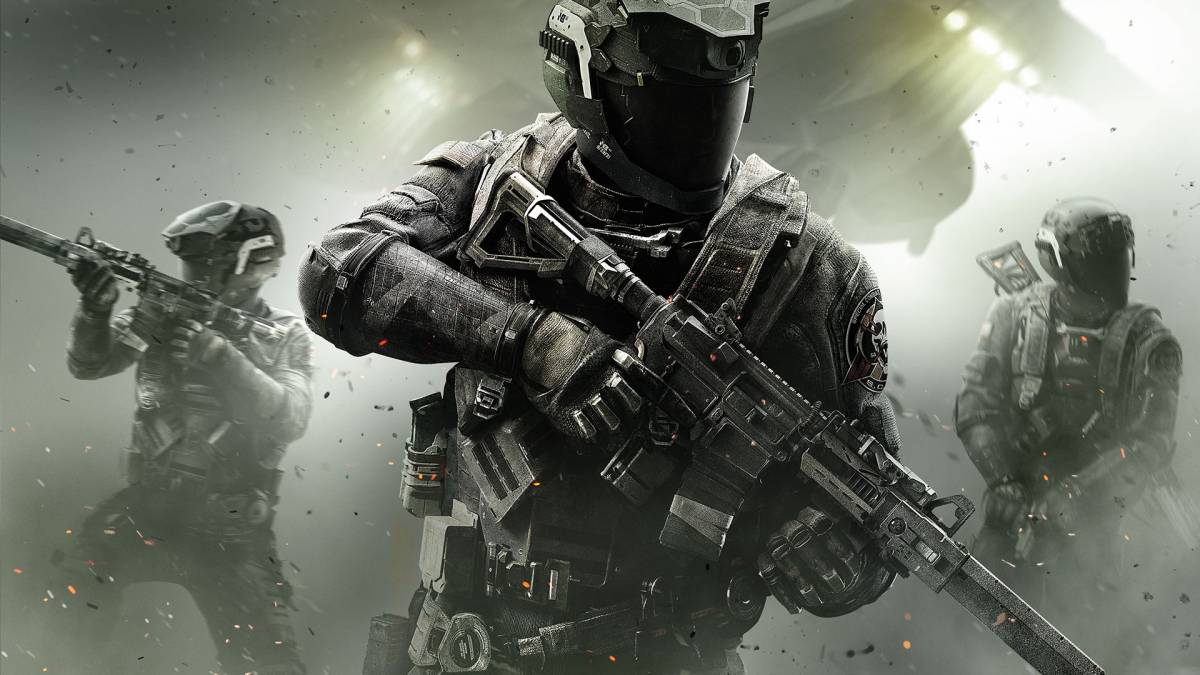 Call of Duty did not produce an America fascinated by guns and gun culture, Call of Duty did not produce the trend of American military interventionism. No, it was the result of that culture. But it isn’t entirely guiltless. It reproduces those views and glorifies them, considers them uncritically, unthinkingly and so validates them. When Call of Duty: Modern Warfare 2 allowed a heavily armed, internationally sanctioned squad of spec ops operatives to burst into a Brazilian favela and open fire on its sandal-wearing occupants, it justified a sense of American interventionism. The white westerners are the good guys, outnumbered by the heaving Brazilian throng but never outgunned, we can’t help but root for them as they blast their way through the favela, gunning down human beings who, in all honesty, were probably forced into gangs by the socio-economic realities of living in a fucking slum.

Or, take a look at the recent Tom Clancy’s The Division, in which you play government agents sent into the streets of a near-future New York, to reclaim it from chaos after a smallpox pandemic. Those government agents are allowed to use lethal force. Lethal force against survivors living in a state of de facto martial law. All without any sort of warrant or permit, and usually without provocation. It rewards you for it, too. Effective murder warrants a persistent drip-feed of new guns, new armour, new skills, new abilities; taste after tantalising taste of all the things that make your lizard brain coo. It’s a game that subtly tells you that it’s ok, even fun, for this sort of corporal punishment to take place. As Extra Credits remark in their frankly incredible analysis of the thing ‘this game world is a totalitarian wasteland and it glorifies it’.

Tom Clancy’s The Division was released in March last year. It entered an America plagued by problems with police shootings, with a racially polarised prison population, and continuing questions about the extent of police power. To a game which pits you a member of that troubled federal force, and which rewards you for thoughtlessly gunning down troubled urban youths seems a little pernicious, doesn’t it?

Our artistic output is dangerous. And it’s up to the critic to minimise that danger, to root out everything in our art that’s negative or regressive or hurtful, and to question it. Becoming aware of these things is a means of nullifying them, of shutting down their capacity to influence and impel.

For all of that, though, it’s also the duty of the critic to bring out the best in art, and to ensure it has the broadest impact possible. Modern Philosopher Alain de Botton writes that literature is a form of therapy, a means of consoling ourselves against the anxieties of everyday life, of finding ‘the words to describe the fragile, weird, special experiences of our inner selves’.

He was talking about books in particular but, really, the concept is applicable to any kind of storytelling. It’s the job of the critic to ensure the right stories get to the people who need them. If literature is a kind of therapy, a medicine, the critic is a doctor of sorts, making sure the disaffected teenage boy picks up a copy of The Catcher in the Rye and understands that it’s ok to be uncertain. Everyone is drawn to write or create or tell stories, to scrawl their thoughts on paper and cast them out into the void. It’s up to the critic to draw out what’s valuable, what needs to be shared.

So, I don’t know, maybe critics get something of a bad rap, but maybe they shouldn’t. We’re on the cusp of a strange (not brave, definitely not brave) new world, a post-truth, post-fact world. A world in which art will be just as powerful, and just as dangerous, as ever.