The Trial of the Chicago 7 REVIEW – An Accessible, Relevant Slice of History

Aaron Sorkin’s The Trial of the Chicago 7 deserves your attention. 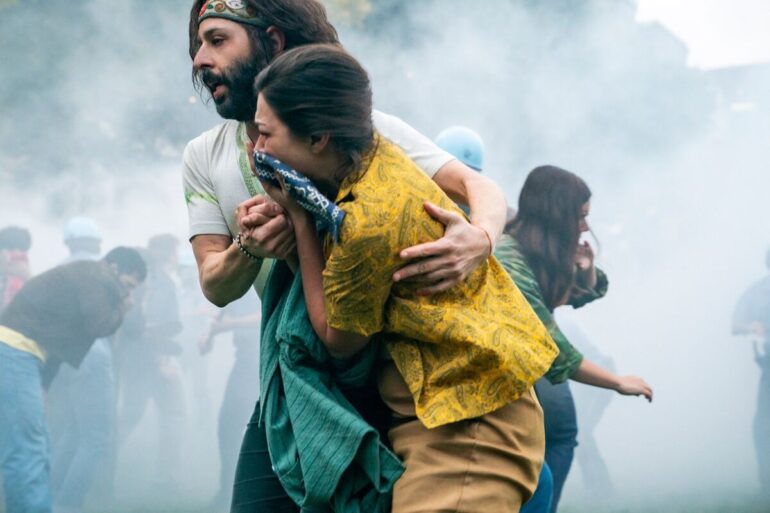 The Trial of the Chicago 7

Impartiality is thrown to the wayside, largely thanks to Judge Hoffman and the nefarious actions of governmental officials behind the scenes. While showcasing the unfairness of the trial, Sorkin’s film ultimately highlights the importance of rebellion and of telling truth to power, even when confronted with forces aiming to dehumanize and disregard democratic values — forces that are alive and well in 2020.

The film unfolds mainly within the Chicago courtroom, with pervasive flashbacks to the events being discussed. This old-fashioned approach, combined with the star-studded cast, self-aware dialogue, and in-your-face sentimentality, ensures that The Trial of the Chicago 7 appeals to a wide audience. Unfortunately, the film lacks the confrontational fervor of its subjects and the confidence to make a nuanced call for action.

Sorkin’s particular brand of fast-talking, zinger-filled dialogue is present in full force from start to finish. The script draws attention to its own brilliance, but remains consistently satisfying nevertheless — well-suited to the courtroom showdown and the idiosyncratic activists at the center of it, even if some dramatic impact is lost as a result.

Sorkin does an acceptable job of making these activists sympathetic and, in a couple cases, more complicated than they initially appear. There’s so much information to cover in a measly two hours, however, that only certain characters — the uptight, value-driven Hayden and contrastingly flamboyant Hoffman, in particular — are depicted with any real depth. The heroes and villains are clearly painted, and it’s hard to disagree with the morally righteous position that Sorkin takes.

In terms of acting, the cast is phenomenal across the board, as expected, barring a couple of questionable accents. Everyone does what they can with the dialogue — relishing the script’s cleverness despite its shallowness. Cohen is amazing as Hoffman, lending him a melancholic sadness beneath his out-there mannerisms. Rylance is eminently watchable as a dignified, morally sound lawyer. Abdul-Mateen II is solid yet sadly underemphasized as Seale, then-chairman of the Black Panther Party, who was thrown into the trial to sway jurors’ opinions. Langella is downright frightening as Judge Hoffman, coming across as exaggerated yet woefully believable.

Generally, though, the film isn’t brave enough to explore the social issues of the time beyond the surface level. Issues of racism, police brutality, and abuse of power are ever-apparent, but the film lacks the gut-punch qualities that this story merits, aiming for repartee-riddled accessibility above true drama.

Sorkin’s directing is also more laid-back and restrained than it should have been, featuring some slick editing but missing a distinctive style. Protest sequences are conveyed effectively enough, with real-life footage being interspersed to add authenticity, but they lack a sense of energy à la a Spike Lee joint. Additionally, the film’s dip into heavy-handed emotional pandering near the end undermines the trial’s lasting repercussions and distracts from the ongoing struggle today — less a call to action than self-important moralizing designed to elicit cheers and tears.

The Trial of the Chicago 7 remains solidly compelling, without reaching the heights it could have with a more uncompromising directorial vision.

READ NEXT: 10 Netflix Original Movies to Watch in 2020 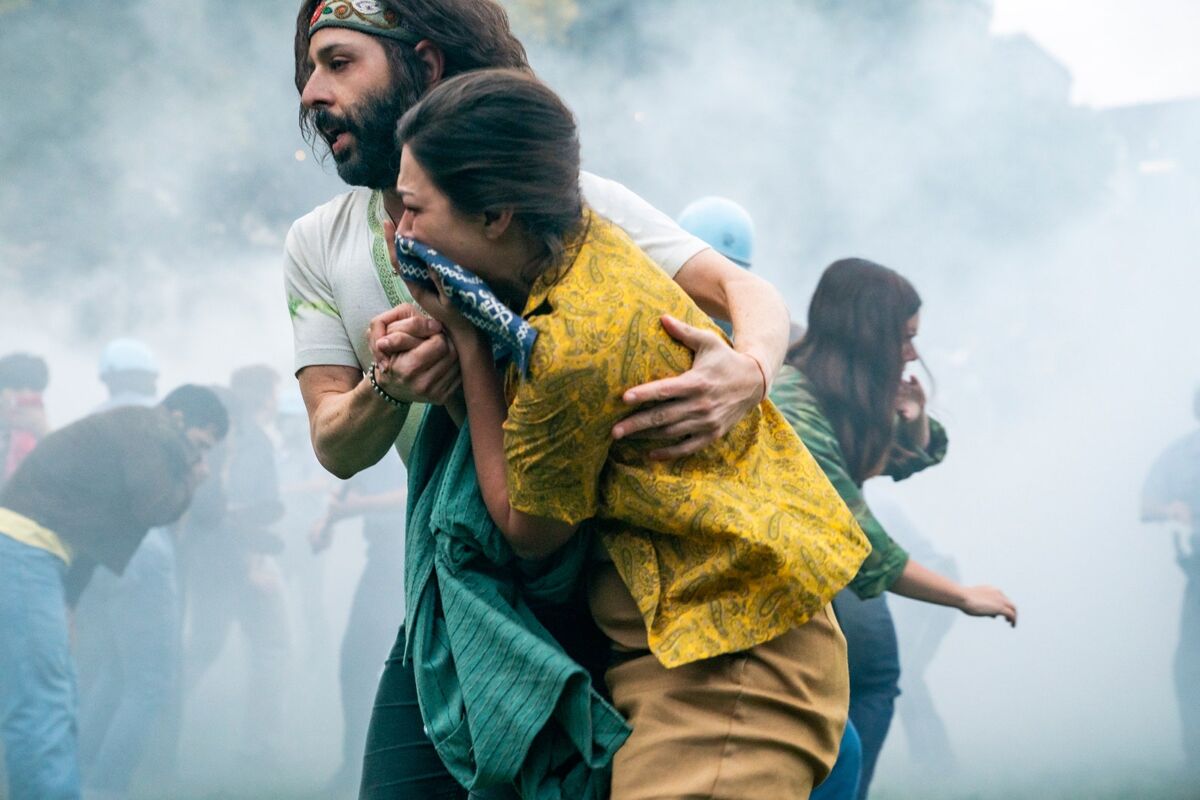 Verdict
The Trial of the Chicago 7 isn’t perfect, but Sorkin’s reenactment of this dark historical event features outstanding performances and typically entertaining dialogue.
8
Cultured Vultures is a pop culture website established in 2013 covering all things gaming, movies, and more. We eat your words.
All The News On Your Favourite Games