A decade on from release, is this confusingly named prequel hated for no reason? 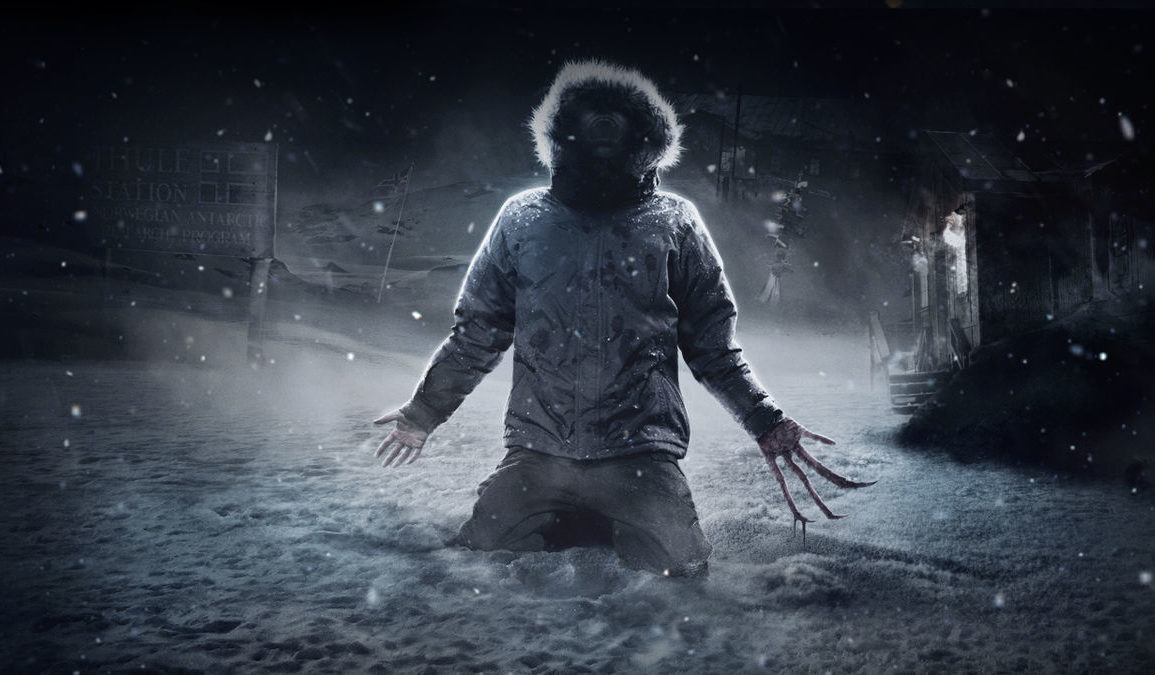 To say that Matthijs van Heijningen Jr. has balls would be an understatement.

How a creative goes about pitching, let alone following through with a presequelreboot of a horror masterpiece is beyond me.

And ten years later, his prequel to John Carpenter’s 1982 classic The Thing remains largely vilified by genre fans, despite the film having more gory merit than most will admit.

Smartly crafting a narrative before the events of The Thing (1982), writer Eric Heisserer’s narrative is set at the Norwegian research facility where the titular monster was housed.

A group of Americans, Mary Elizabeth Winstead and Joel Edgerton being the standouts, arrive at the facility to aid in cataloguing the specimen that the Norwegians unearthed.

This specimen is The Thing, an alien whose pastimes begin and end at playing hide and seek with any warm body it comes across.

Now, to say that that 2011 film was divisive upon release would be an understatement, as it received much of the usual scorn that modern horror remakes are met with. Reactionary statements largely characterize the remake as a “bastardization,” “cash grab,” and the like.

Criticisms that, ironically enough, Carpenter’s own classic itself was met with at the time of its release.

And while time has been kind to Carpenter regarding The Thing ‘82, most seem to forget his film was a remake of Christian Nyby’s 1951 film The Thing From Another Planet, which was an adaptation of the short story Who Goes There? by John W. Campbell.

A movie remake of a movie that was an adaptation of a short story. Phew.

And while it’d be silly to argue against Carpenter’s film being the definitive version, the vitriol aimed at the prequel feels largely undeserved the further from its release we get.

Matthijs van Heijningen Jr.’s film is described best as the best-case scenario for a film that largely feels unnecessary but not without merit. That merit being the film faithfully building upon Carpenter and creature designer Rob Bottin’s vision of cosmic horror.

One of the chief complaints of the prequel was its reliance on CG effects over practical. While most, myself included, would have preferred the latter, the use of CG allows for new hellish creature designs that feel organic to what little we know about the Thing’s true form.

The original plan for the 2011 film, according to creature effects supervisor Alec Gillis, was to film animatronics and have CG graphics over them to allow for realistic movements touched up by computer enhancements. Due to an initial poor test screening, the studio leaned more into the CG, stripping the animatronics work entirely.

This studio backpedaling is apparent in the film, yet Gillis and his team’s creature designs remain quite stomach churning.

The CG facilitates the Thing’s varied, and most importantly: sickening, morphing of flesh. Apart from the whole consuming human flesh thing, the creature’s most ominous nature is its ability to hide in plain sight, only revealing its true monstrous form once it’s too late for its latest victim to escape.

And in this regard, Matthijs van Heijningen Jr.’s film has aged quite nicely.

Grotesque barely does the film justice in regard to the new forms The Thing takes. This isn’t merely attributed to gratuitous gore (though it does get particularly “wet,” at times), as the film captures the primal fear associated with cosmic horror; the unknown.

For as masterful as the effects in Carpenter’s film were, thanks to Alec Gillis and co’s creature designs, the viewer has no earthly idea of what is coming next in Matthijs van Heijningen Jr.’s film. The only certainty is that the next form it takes will be an otherworldly amalgamation of meat and tentacles surely accompanied by fangs of some sort.

There’s a commitment to the precedent set by Carpenter’s film that ties a lovely body horror bow atop this prequel. Some creatives might become a tad overzealous in the limitless morphology potential of the thing. Rather than giving the thing wings or the ability to morph into tea cozies, the forms it takes are more agile and disturbing.

Whether it’s a Norwegian’s face falling apart before a mouth and tentacles erupt from his chest, or appendages sprouting centipede like legs and latching on to a victim’s mouth, The Thing ‘11 is loaded with surprises.

And yet, for as gory and shocking as these new forms are, they remain faithful to the identity of The Thing. They stay within the realm of what was introduced in Carpenter’s classic.

This is important when considering The Thing’s morphology is entirely based on what it has encountered previously. The film’s creature designs being faithful to Rob Bottin’s original vision is essential to the film being as terrifying as it is.

In addition to the film carrying that monstrous legacy, it furthermore has the most level-headed direct connection to Carpenter’s original possible when it recreates the opening moment of the 1982 film, the “dog” hunt. To recreate any scene of Carpenter’s classic sounds like a fool’s errand, and yet, here, it works.

Establishing this direct connection to the ’82 film is a chilling end to the 2011 film, as it emphasizes the haunting reality that the events we just witnessed are about to befall the American camp.

The great tragedy of The Thing (2011) is that Matthijs van Heijningen Jr. had such a poor experience making it due to studio interference that he stepped away from filmmaking. He only recently broke his self imposed hiatus, directing the 2021 Dutch war film The Forgotten Battle, but his experience with The Thing resulted in his swearing off making films in America.

The tragedy is that this is a director that undertook the monumental task of making a film with a connection to a masterpiece. There’s a healthy heaping of crap that comes with that, no matter how the final product turns out.

And while his film is not successful at everything it sets out to accomplish, it abides by the approach all prebootsquels should: Avoiding being a shot for shot remake that builds upon, while slightly differing from, concepts established in the original film.

10 years later, The Thing (2011) is a ballsy effort that has aged better than most horror prebootsquels as it respects the past while attempting to expand in new and gruesome ways.

READ NEXT: 10 Best Underground Horror Movies You Should Watch