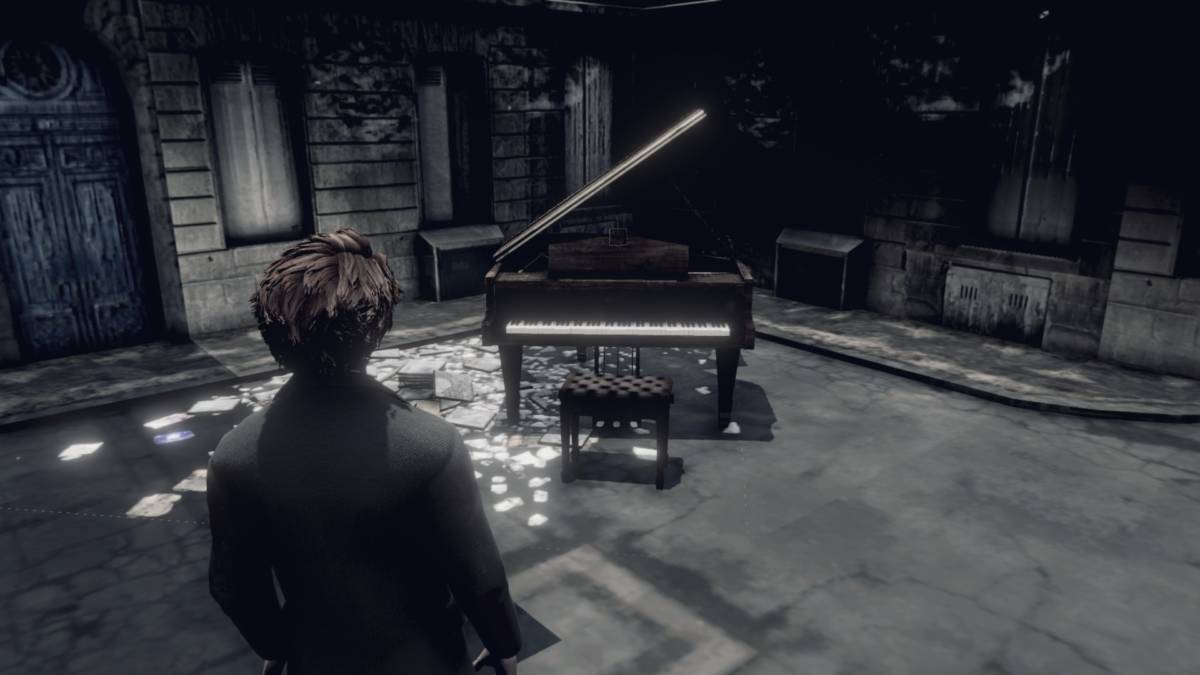 Whether it’s an indie or AAA title, every game grapples with balancing the development and execution of a core concept. These concepts are essential for a game to feel innovative, but failing to execute well on this can result in a less than enjoyable experience. Countless times a game’s marketing will attempt to sell us on the experience by touting gameplay features that, on paper, sound innovative and fresh. Though when it comes time to play the game, we see that these promises sounded better in theory than in practice. This, unfortunately, is the case with The Piano.

The Piano, a survival horror game by developer Mistaken Visions, presents the intriguing premise of John Barnerway attempting to clear his name in the mysterious murders of his three brothers. The story aims to provide a psychological experience, exploring the inner turmoil of its protagonist, while searching for clues to clear his name. 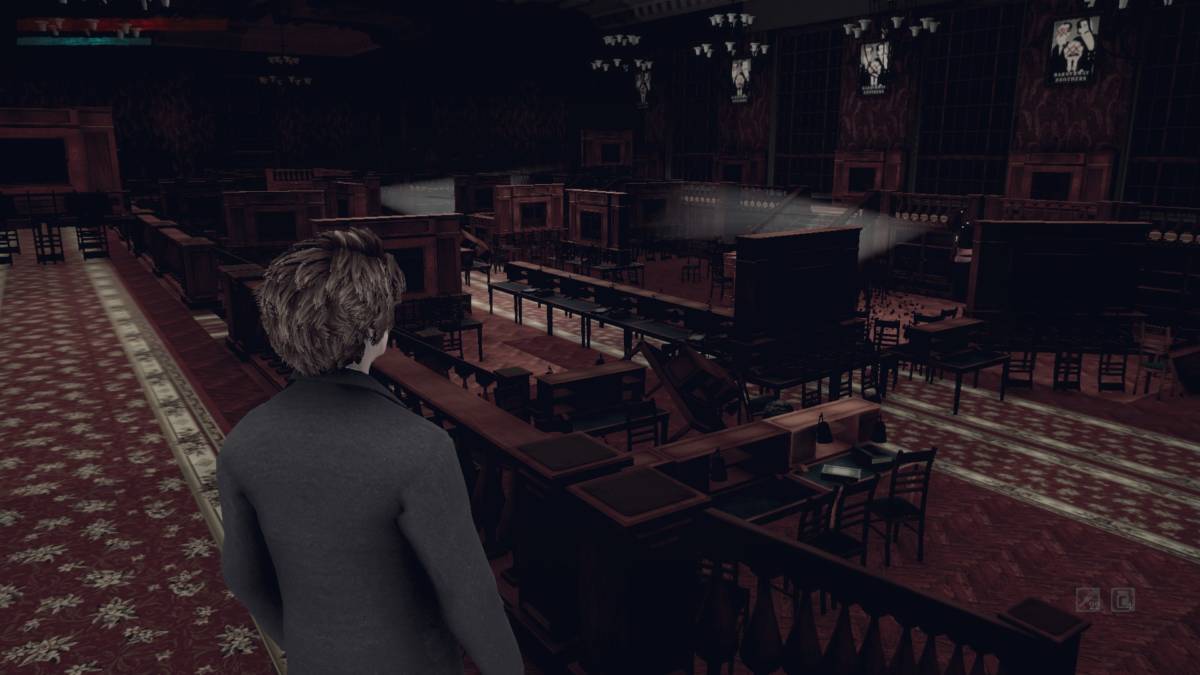 Clues take the form of fragmented journals and audio diaries of characters from John’s past revealing cryptic insight into childhood events and relationships. The story continuously hints at nefarious events transpiring before the game takes place, though the information uncovered is typically so inconsequential that they do little to illuminate. A majority of these tidbits are scattered throughout environments, and careless players will miss some, however searching every nook and cranny would mean enduring the tedious gameplay, which ultimately is not worth it.

The Piano left me in a constant quandary of frustration thanks to antiquated and perplexing game design. Early on, it’s evident that John’s world is unlike our own, as he explores a dreamlike rendition of post-war Paris where ghosts roam the streets, hunting him. The player’s time is spent exploring environments in search of clues as well as avoiding enemy patrols. 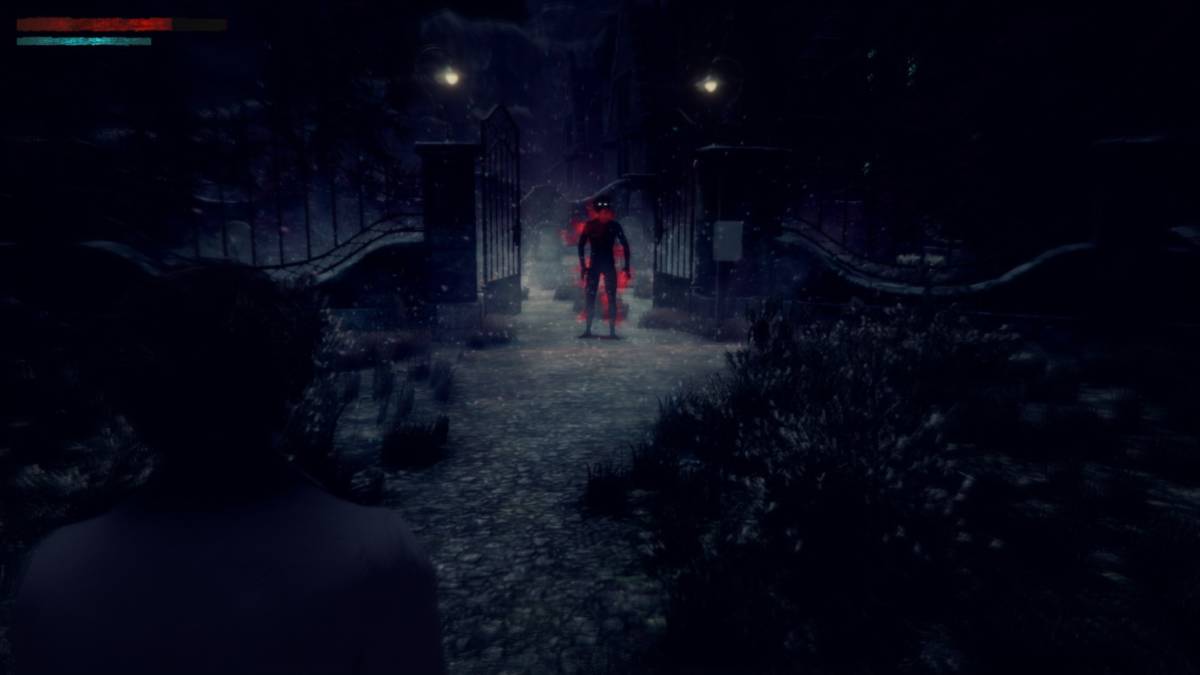 Enemies must be avoided using stealth as they will wear down John’s sanity meter, which can be replenished with the use of laudanum. The Piano approaches stealth in a similar way to the Amnesia series, as the player has no defensive options other than sticking to cover or running from enemies. I opted for the latter, as enemies seemingly forgot about my existence the moment I broke their line of sight. Periodically, the player is attacked by a unique enemy that suddenly appears, and John freezes in terror. The only way to defeat this particular enemy is to engage in a quick time event where the player must mash the mouse button for 20-30 seconds before the enemy will disappear. These occur throughout the game and provide little else than an annoyance. I highlight this to display the antiquated nature and feeling of The Piano as a whole. The game feels very indicative of PC games from the 90s or early 00s in the worst way imaginable.

For instance, something as simplistic as using cover to hide from enemies was often a non-option given the finicky controls that made sticking to cover, and staying there, a constant chore. And that’s the only real way to describe the act of playing The Piano, as even simple actions such as crouching past enemies or even walking through some doors can be tricky. Simple movements such as crouching are made more difficult by the game’s over the shoulder camera perspective zoom, obstructing the player’s view. This makes simple staples of stealth gameplay, such as peeking around corners, to be ham-fisted and further encouraged me to rush past enemies instead of sneaking. Stealth and janky controls have never gone hand in hand, and here they made every stealth section a significant chore. 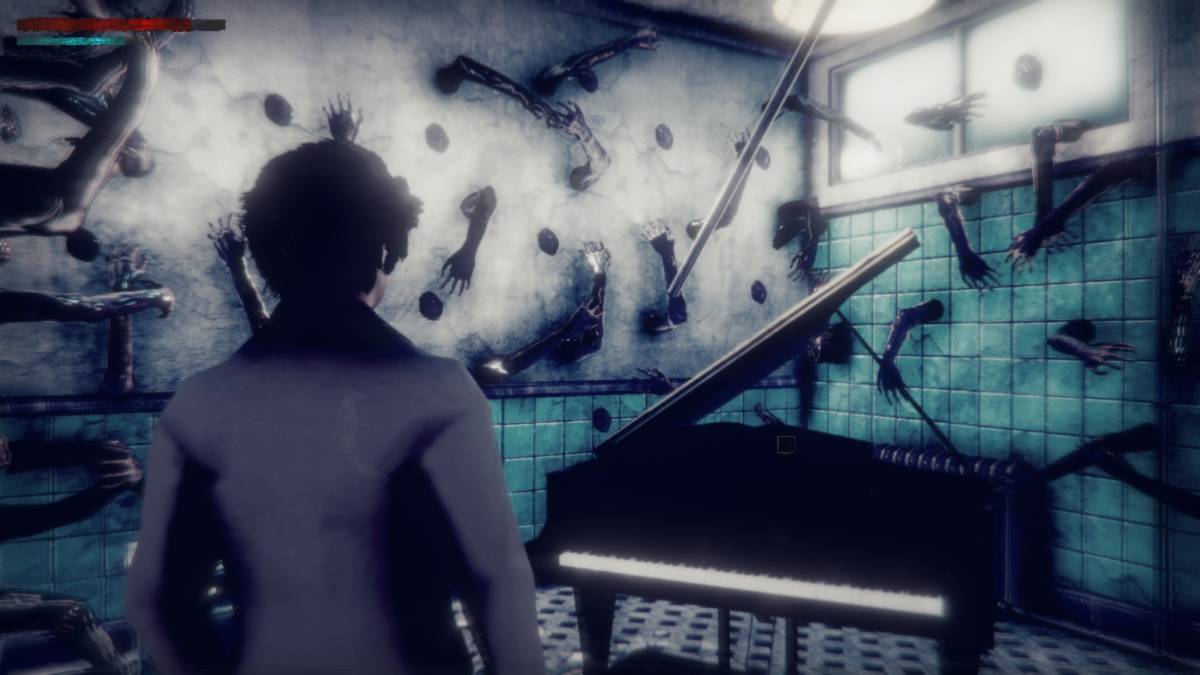 Other than stealth, there are several puzzle rooms where the player must piece together strands of John’s memory to reveal more insight into his forgotten past. These are the best sections of the game as they focus on the story and feature the least amount of gameplay. This is also where the player will utilize an artefact found early on called The Broken Heart. This gives John the ability to alter his view of the game world by revealing hidden messages and doorways. This ability is used for puzzle solving, which ultimately amounts to revealing arrows, guiding players in the right direction and revealing secret doors. This is the most unique aspect of The Piano’s gameplay, yet its implementation and execution are so simplistic that it fails to deliver on its potential. Puzzles never amount to more than searching for numbered piano keys or combining two items, and ultimately are entirely forgettable.

To make matters worse, The Piano is poorly optimized, as I encountered numerous bugs, and performance issues during my 6-hour playthrough. Early on the game ran adequately given the small size of environments but during later levels, which open up, I encountered constant screen tearing and quick freezing. Also on two separate occasions, I faced game breaking bugs, which were later corrected via a developer patch, but still occasionally fell through the game world. Hopefully, on the game’s release, it has been patched adequately so that these issues do not continue. Hopefully.

And this is my biggest problem with The Piano, in that even when it was running properly, It wasn’t enjoyable. Sometimes concessions can be made for a game with less than adequate gameplay if its story manages to shine through. In The Piano’s case, its gameplay is such a detriment to the player’s sanity that its story, which only ever hints at being interesting, isn’t able to pick up any slack. Even at $10, I’d be remiss to suggest someone purchase The Piano.

Verdict
The Piano fails to execute meaningfully on any of its promising concepts, which are further marred by finicky controls and antiquated game design. Microtransactions: none
2