he Kindness of Strangers has a rather weightless feel, often at odds with its heavy subject matter. Warmheartedness can only get you so far. 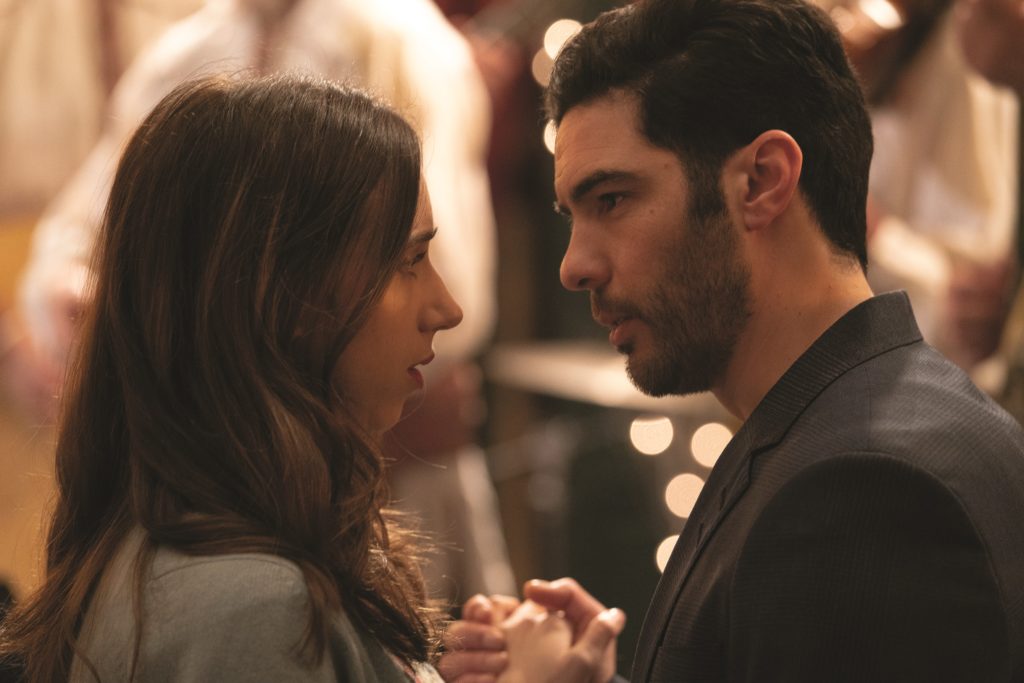 A Russian restaurant exerts a mysterious pull in The Kindness of Strangers, a strange mishmash of the sentimental comedy, domestic abuse drama and modern fairytale. Bringing together a collection of loners, outcasts and runaways, it posits New York as a place of infinite kindness, where dreams can be made and even the most far gone people can learn to be happy again. It’s a sweet ensemble effort, gathering its charm from the broad appeal of its cast. Think Billy Joel’s Scenes from an Italian Restaurant transposed to an old Russian eatery, with all the same tonal shifts and earnestness intact.

It starts with Clara (Zoe Kazan) waking up in the dead of night and ushering her two children into a car. Escaping from an abusive husband (Esben Smed), she drives from Buffalo to the Big Apple, promising her kids the holiday of a lifetime. She survives on her wits, stealing hor d’oeuvres from upper class functions and using the public library as a place to keep warm. Still, her husband is a cop, making it difficult for her to look for genuine help.

Her story is interwoven with a series of characters, all of whom gravitate around The Winter Palace, an Imperial-style Russian restaurant with large red curtains, soft lamps and plush chairs. Naturally, it looks nothing like a typical restaurant you might find in Russia. There’s Timofey (Bill Nighy), the owner, a man who wants all his customers to eat caviar so all he has to do is open the can. Marc (Tahar Rahim) just got out of jail and is celebrating in the restaurant with his lawyer John (Jay Baruchel) when he’s offered the job as head chef. One of the regular customers is Alice (Andrea Riseborough), a nurse who personifies the themes of the film — offering free forgiveness sessions and running a local soup kitchen. Then there’s Jeff (Caleb Landry Jones), a bumbling man who can’t keep a job, so walks into the kitchen and offers to volunteer. I think he’s the comic relief, although it’s hard to tell considering we already have Bill Nighy.

Just as Timofey’s Russian ancestors apparently escaped to New York to get away from the evils of communism, the city acts as a place where destinies can be remade. While ostensibly Zoe Kazan’s show (and she does a great job as a wide-eyed woman trying her darnedest to support her kids), the supporting cast are given a lot of screen time, bolstering The Kindness of Strangers’ broader theme about the value of caring and helping others in need. If it’s needlessly on-the-nose, Scherfig still has a way with words, especially comic quips, and the cast are uniformly excellent, especially Andrea Riseborough, who seems to inhabit a completely different person with every film she’s in. It’s undeniably enjoyable.

Yet, just as there’s a lot of characters in The Kindness of Strangers, there’s too many disparate tones which writer-director Lone Scherfig can’t manage to meld together in a satisfying way. She endlessly vacillates between fleet-foot mystery and heavy, suspense-laden drama, unable to nail her intended tragic-comic tone. New York has never seemed so full of mystery and opportunity. It has never felt so devoid of a unified look either. Therefore, the central theme of the film — that all we need to do is care for each other — doesn’t land with much emotional effect. It shouldn’t be enough for a film — even one this gorgeously photographed and with such a beautiful score — to just state the obvious; its themes should come naturally as a result of dramatic conflict. As a result, The Kindness of Strangers has a rather weightless feel, often at odds with its heavy subject matter. Warmheartedness can only get you so far.