The Hole In The Ground REVIEW – A Hole In One

The Hole In the Ground is an unsettling bout of paranoia that makes for a memorable directorial debut. 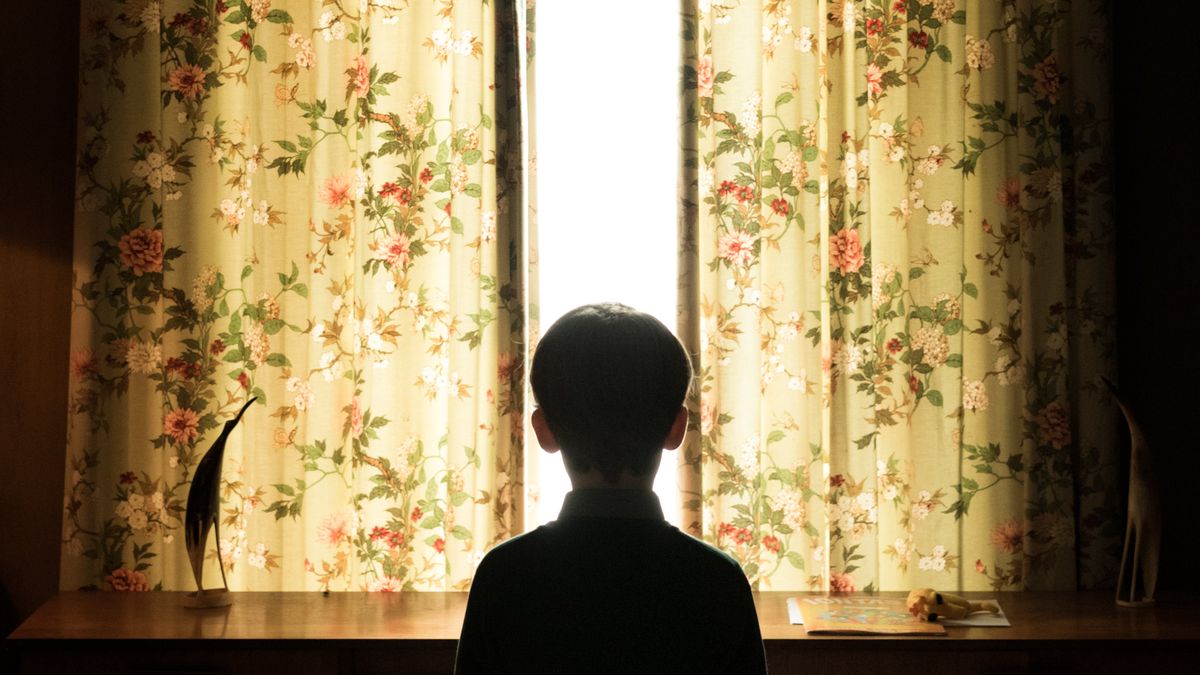 What would you do if a loved one started behaving strangely? Their appearance didn’t change. They claimed to be okay. No one else sees the changes but you. And what you see is driving you insane.

In his first feature film, writer and director Lee Cronin’s The Hole In The Ground isn’t looking to redefine the horror genre. It’s the familiar scenario of a boy and his mother leaving a tumultuous past and starting life anew in the countryside. It’s how Cronin avoids genre norms while weaving an unnerving web of paranoia that entangles its characters, and the audience, that makes this a strong directorial debut.

Sarah (Seána Kerslake) and Chris (James Quinn Markey) O’Neill’s attempt to settle into their new life are disrupted when Chris becomes lost in the woods behind their home. During Sarah’s search for him, she discovers a massive sinkhole in the ground, its size defying reality. Though she eventually finds Chris, once they return home he seems off. Things aren’t quite right with him, or Sarah, and as they attempt to return things to a sense of normality, things go from strange to worse. Sarah begins to doubt if the person she brought back from the woods is her Chris, and this inner struggle begins to rip away at the framework of their life.

Lee Cronin’s ability to sidestep genre norms and to take a relatively simplistic plot and make it uniquely memorable and engaging is noteworthy. A major plot point is the paranoia of the film’s characters, which Cronin interjects consistently through nuanced interactions. There is the constant sense that the fabric of the protagonists’ relationship is slowly and irreversibly unraveling, which quickly becomes unnerving as tension builds.

The Hole In the Ground also begins to ask the audience to question the reliability of Sarah’s role as a narrator, which gives the plot a boost just when it starts to lose its spark. By challenging the protagonist’s perception of events, the film became more engaging and had me second guessing my understanding of its plot several times. This speaks to Cronin’s vision for The Hole in the Ground, which is concise, and as a result, it moves at a steady pace with little downtime. Every scene feels important and adds something to the narrative, whether crucial to the plot or stylistically.

READ NEXT: The Best Horror Movies Of This Century

It also does an impeccable job referencing seemingly innocuous details early on that circle back towards the end of the film, which gives the impression the film was executed just as Cronin intended. Its strength is its focus on making the viewer constantly uneasy rather than bombarding them with jump scares.

For all the praise I give Cronin, at the core of The Hole in the Ground is the relationship between its two fantastic leads. Seána Kerslake’s portrayal of a struggling mother who wants the best for her son is both heartwarming and tragic. Her relationship with her son feels genuine, whether it’s asking him to finish his supper at the dinner table or addressing his being bullied by classmates for being poor.

And there’s James Quinn Markey, whose performance is both unsettlingly mundane while also quaint and charming. Apart from a pivotal scene where it becomes apparent things are most definitely wrong, his mannerisms and behaviors put you on edge. They are not overtly alarming, but they are off. It’s only a matter of when, not if, something is going to happen. The parent-child relationship is the centerpiece of the film and gives it the heart it needs to draw the viewer in.

This is also a gorgeously haunting looking film. The romanticizing of the Irish countryside, paired with Tom Comerford’s cinematography, make this one of the more visually appealing horror films I have seen this year. It employs a bleak color palette, but each shot draws the viewer in with detail and a dreamlike lens with which Cronin has selected to tell the O’Neill’s tale.

For a directorial debut, The Hole in the Ground is as solid as the web of paranoia it weaves is affecting and captivating. Cronin’s stylistic lens and innate storytelling, supported by the film’s fantastic leads, make this a movie that will have you looking at your loved ones a little differently.

Verdict
The Hole In the Ground is an unsettling bout of paranoia that makes for a memorable directorial debut.
8.5
Cultured Vultures is a pop culture website established in 2013 covering all things gaming, movies, and more. We eat your words.
All The News On Your Favourite Games