The Flock: The Ultra Permadeath Game That Died Too Soon 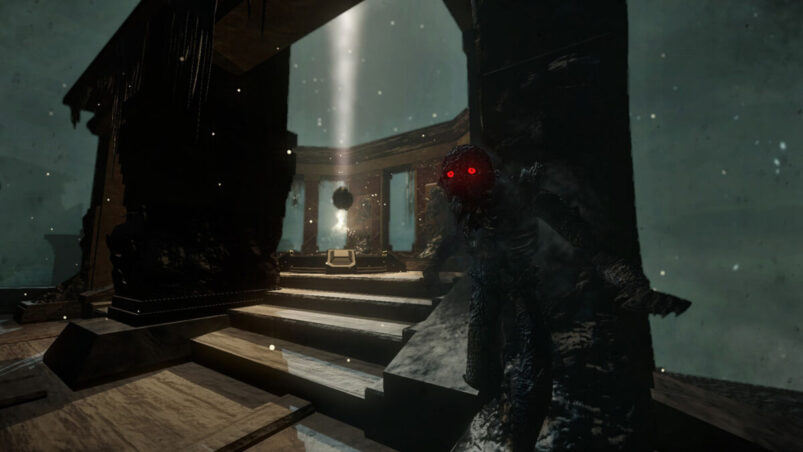 The gaming industry is nothing if not a fascinating blend of corporate and creative ideas, where one side always feels like it’s pulling to whatever angle makes the most money. It’s felt more and more like the corporate side is winning over the creative side of late, especially with the news that Ubisoft is injecting Assassin’s Creed with that Overlord serum and shuffling it out to fight forever and ever with its own live service in the form of Assassin’s Creed Infinity. The future is grim and very, very repetitive, but there are times when this industry can pump out some truly interesting things.

Your mind’s probably drifting to the wind being your waypoint in Ghost of Tsushima, or the ray-traced reflections in Ratchet‘s eyes, or even maybe Red Dead Redemption 2 having special animations for just about everything. They’re all great, but lately I’ve been thinking a lot about The Flock: a really fascinating yet deeply flawed game that I’m surprised nobody else has tried to better in the years since.

Released on Steam in August 2015, The Flock is an “asymmetrical multiplayer thriller” in which you play mostly as a member of the titular Flock tasked with hunting down the Carrier. Once you kill them, you then become them, using your Light Artifact to keep the monsters at bay, and then you do it again and again. So far, so-so.

However, where The Flock really garnered itself some attention was in its gimmick, which is about as gimmicky as a gimmick can get — but everything needs a USP. Every time a player died, the virtual population of 215,358,979 would decrease by one. Once it hit zero lives, the game would then become unbuyable to new players, after which all of the players who had bought the game could play a finale before the game would then be gone for good.

There’s a lot of “would” and “could” in that last paragraph because, unfortunately, The Flock never got anywhere near zero. Not only was it a bit too expensive for what was basically a fascinating concept without the meat on its bones to take it beyond the idea stages, but the game that was there wasn’t all that exciting. With a 36 on Metacritic, The Flock failed to really provide the game bit of being a video game, the main gameplay loop simply not exciting or interesting enough to keep players invested in the hook of gradual genocide. You’d shine a light or jump about — there wasn’t much more to it than that.

A slow decline from not impressive player numbers to no numbers at all saw the game reach zero, but not in the way its developers had hoped. With player numbers barely registering, The Flock was pretty much abandoned by its debut developers Vogelsap, who had equally tried to be too innovative and somehow not enough. To make things worse, even if seriously dedicated players did want to get that number down to zero, the server that hosted the player tracker was taken offline so no changes were registering.

The Flock is still buyable on Steam, despite being about as alive as a stuffed bird, and its developers have disbanded and moved on to other studios and projects. It’s mostly an anecdote these days (“here, do you remember that weird bird horror genocide game?”), but The Flock’s concept is one that arguably should be revisited.

Social integration is all the rage these days, but 2015 also saw the introduction of a game with its own form of (hidden) counter: Metal Gear Solid V: The Phantom Pain. In it, if players disarmed all nuclear bombs, they saw a secret ending that would likely make Greenpeace weep with joy. Considering how fun it is to just press that big red button sometimes, it shouldn’t be a surprise to learn that it took until 2020 when a group of dedicated PS3 players put their peace brains together and triggered the secrete ending. It’s not quite shining a light until 215 million players die, but it’s still pretty cool.

Then there’s also Russian Roulette: One Life, a neat free PC game in which you play the deadly game until the inevitable happens, after which it becomes unplayable. It lacks the multiplayer aspect of MGSV and The Flock, but is still striving for a kind of transient experience that’s so compelling and been dreamed up for years now: can you really play and enjoy a game with only one life?

It does feel like a better, more fleshed-out version of The Flock is around the corner from some wacky visionary (right up Kojima’s alley, this), but it has a couple of major hurdles to deal with first. It’d have to either be free or cost very little, and also have enough funding to keep its servers going for a long time while also having enough gameplay to keep players dedicated to the task. But if there’s anyone out there with more money than sense who wants to fund a grand experiment about death, I’d, ahem, flock to it.

READ NEXT: 15 Best Roguelike & Roguelite Games of All Time