Home
Movies
The Fellowship Of The Ring At 20: The Trilogy’s Keystone
Movies
·5 min read

The Fellowship Of The Ring At 20: The Trilogy’s Keystone

It's barely aged a day. 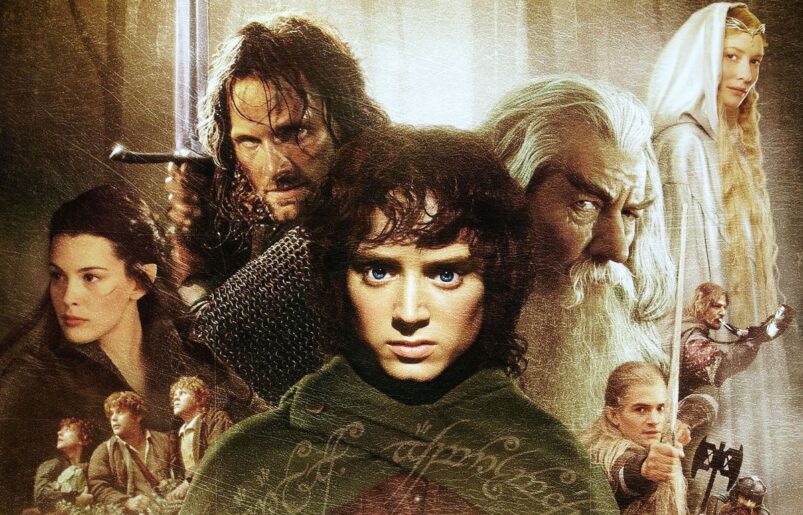 The Fellowship Of The Ring

The Lord of The Rings: The Fellowship Of The Ring is 20 years old this December. I’ve given up contemplating the passing of time, because it sure as heck doesn’t make any sense to me anymore. Did you know that Viggo Mortenson is the same age now as Ian McKellen was when they started filming? It’s a fact so terrifying I’ve blocked it from my mind.

But 20 years is a long time, a big birthday, and I just couldn’t let it go without comment. Like a lot of people my age, The Lord of The Rings trilogy has been a presence for most of our lives. I remember, vividly, going to the cinema to see it. I didn’t know it would be such a big part of my life then, of course, but the memory is so clear. I remember how for the next two years, Lord of the Rings films would be my birthday treat, released at just the right time in 2002 and 2003. I remember sitting and watching the lighting of the beacons scene in the cinema and being amazed that anything so beautiful could ever be put on the screen.

And then came the years after. The extended edition box set, and the yearly marathons. The extended edition extras, and watching them more than once too, spellbound by the artistry that went into the trilogy. At university, I found friends who loved the films as much as me, and we would marathon them yearly too. Some of my very best university memories are tied up in those times in our tiny lounge, watching the trilogy. There were Dominos boxes everywhere and a fort made from blankets that my nan had knitted for me and all of my friends, and it was perfect.

What I’m saying is, The Lord of The Rings is – and always has been – existing in some of my dearest memories. I can’t imagine what life would be without the films, and I know that my experiences are practically universal. Everyone, it seems, has a Lord of The Rings story.

The trilogy has become so ubiquitous over the past twenty years that I think it’s easy to forget how utterly ground-breaking it was at the time. In the late 1990s, Hollywood wasn’t making fantasy films on anything near the scale of The Lord Of The Rings. On top of that, it was a huge risk to shoot all three instalments at the same time in one epically long block, but Peter Jackson and his team did that too. The Return Of The King was the first fantasy film to ever win the Best Picture Oscar, a feat that Jackson and his team had well and truly earned by the time they were given it.

But we can’t forget that the whole trilogy started with The Fellowship Of The Ring, the most unassuming of the trilogy and the one that had the biggest chance of falling at the first hurdle.

It shouldn’t have worked, really. What is the Fellowship Of The Ring, when we break it down? It’s just the start of the hero’s journey; after a long prologue, Frodo receives the Ring that sets him on his journey. First he goes to Rivendell, meeting Aragorn on the way. There is a long scene where a bunch of people we are just meeting argue about the Ring, and then finally we set off on the journey proper. If you watch the extended edition of the film, this council scene ends at the halfway point; things haven’t even really got started up until that point. The second half is more of an adventure, with the Fellowship striking out on their journey, but then becoming separated in the time it took for Frodo and the Ring to make it to Rivendell in the entire first half of the movie.

But Fellowship does work, or it worked well enough in 2001 that people wanted to go back the next year to see how it carried on. This is testament to the writing of the master himself, J.R.R Tolkien, who created characters so endearing that with just a few strokes of the brush, the audience cares for them and is invested in their journey. And it is testament too to Jackson and his fellow script writers, Fran Walsh and Phillipa Boyens, who performed quite a feat when they set out to adapt The Lord Of The Rings for the screen. There will always be fans who wish that Tom Bombadil could have made an appearance, but he wasn’t necessary to the central story and so he was cut. Successful adaptations have to be ruthless in their storytelling, and Fellowship is no exception.

By the time the Fellowship breaks at the river, the audience is invested. We’ve only known Boromir for half the movie, but we’re on the edge of our seats as we watch him die defending Merry and Pippin. We’ve only known Legolas and Gimli for half that time too, but when Aragorn announces they’re going to go and save the Hobbits, we’re already rooting for them. The Fellowship Of The Ring might be a long movie – the Lord of The Rings might be a long trilogy – but every single moment is well chosen, and crafted to make us care about the heroes and their journey. If it isn’t telling us a new detail about the story, or developing character, it isn’t given much screen time at all.

Fellowship also benefits the most from the extensive worldbuilding that the production did for the trilogy. In filming them all together, after a long pre-production period, Fellowship feels lived in, in a way that the first installment in a series might not usually feel. The world is so well-made that everything already feels familiar to us as an audience. Every thought that went into every aspect of the making of The Lord Of The Rings is right there on the screen from the very first opening shot. The filmmakers weren’t learning as they went; they already knew everything they needed to know and it translates into a Hobbiton that seems as though we’ve been there before, a Rivendell we’ve always known. It’s remarkable, even twenty years on, just how well-made – and well loved by their creators – these films were.

The Lord Of The Rings trilogy is a cultural touchstone, a renaissance moment for fantasy fans the world over, and an event that changed the film industry forever. It’s hard to overstate how important it really was. But it all started with Fellowship, the forgotten hero of the trilogy – the foundation on which shining castles were built.

So, happy birthday, The Fellowship Of The Ring. You’ve barely aged a day. And thank you – so much – for being you.

READ NEXT: Memorable Moments: Boromir’s Sacrifice In The Fellowship Of The Ring