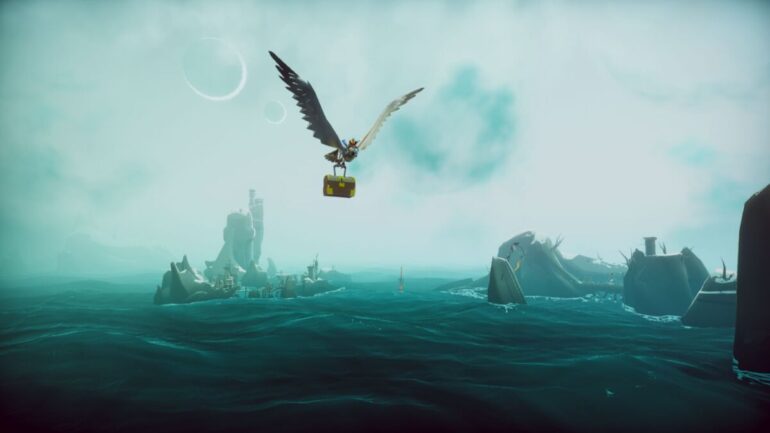 The Falconeer has been considered a sleeper indie hit for the Xbox One and Xbox Series X | S over the past few months, but its time as an exclusive might be coming to an end, as listings for The Falconeer: Warrior Edition have emerged online for both the PS4 and PS5.

The Falconeer Is Coming To PlayStation?

Japanese listings have been spotted by Gematsu for The Falconeer on PS4 and PS5, with the game showing up on Amazon Japan, Rakuten and Yodobashi. According to the listings, the game will launch in Japan on August 5th, and will be published by 3goo. The physical version of the game will also launch with a 38-page official digital game guide and 29-track digital original soundtrack.

It’s worth noting that the Warrior Edition of The Falconeer hasn’t been confirmed yet by Wired Productions, but the artwork featured on the listing looks pretty legit. Still, this could be a Japan-only deal, at least for the physical version. We’ll have to wait for official confirmation from Wired and the game’s developer Tomas Sala.

Is The Falconeer Any Good?

We published a review for The Falconeer on the Xbox around the time it launched last year, and we had a lot of love for the game:

Whether you’re a fan of aerial combat or not, The Falconeer is recommendable. It isn’t perfect and does feel a little rough around the edges in some parts, but that doesn’t stop the game being an enjoyable ride, for both the eyes and the ears. While it may take some getting used to, especially for those unfamiliar with the genre, The Falconeer is impressive, and has pushed its beak in amongst the more established series it has released alongside. While it may not soar sky high, it’s definitely up there.

READ MORE: 25 First-Party Titles In Development For The PS5, Half Are New IPs