The Big Baby Crime Spree and Other Delusions: Absurdity and Tragedy

Darrin Doyle's new collection shows him as a funny and engaging storyteller to watch. 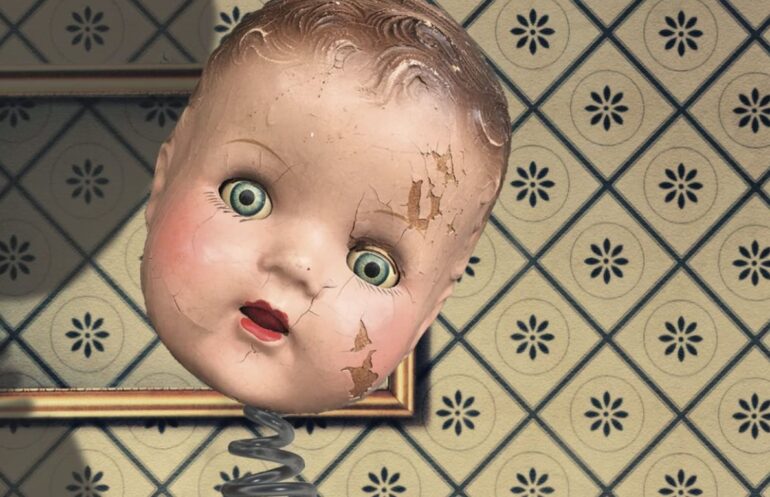 The first book I read of Darrin Doyle’s was Scoundrels Among Us. That collection of stories contained a wide variety of story types, many with a metafictional and magic realist conceits driving them. The Big Baby Crime Spree, on the other hand, consists entirely of realistic stores of quiet desperation. Blurbs on the back compare them to Raymond Carver and Franz Kafka, but none of those seem to be an accurate comparison outside of one or two stories. Doyle’s versatility is just as present here.

There are small humiliations people often face in their life which serve to make them feel insignificant. Even though they shouldn’t bother you because they’re so minor, they eventually grate on you to the point of eventually damaging you. This could be something like people getting your name wrong all the time, minor rudeness from someone on the bus, or a dog shitting on your lawn constantly.

The book opens with “The Kaleidoscope,” which is about a couple who moves back to Michigan after living in East Asia for over a year. While his wife finds a regular job, Jerry starts working for the local newspaper covering events in the town. All the while, his good friend Ray is dealing with a stomach tumor. Jerry is dealing with the small humiliations of having to cover events he has no interest in and cleaning up the dog shit that keeps showing up on his lawn every day. He has to convince himself that his minor problems don’t matter compared to the bigger problems of things like dealing with cancer, as much as they emotionally weigh him down day by day. Even when he catches the dog and its owner in the act, yelling at them does nothing. The dog is already dropping more feces on his lawn, completely indifferent to Jerry’s annoyance.

My grandfather passed away about 2 years ago. When I first received the call from him that he had to admit himself to the hospital, I had a nagging feeling he wouldn’t be coming out. He held on for a while, but the feeling never went away and I was eventually proven correct. This is probably why my favorite story in the book is definitely “The Odds.” The narrator’s grandmother suffers from an aneurysm that forces her to be admitted to the hospital. The narrator, who makes his living hustling from various gambling schemes, makes a bet with the doctor assigned her surgery that he won’t be able to save her. He forces himself to go through the painful truth that his grandmother is going to pass despite his hopes by making himself bet a large amount of money on her life. While this may seem cold and callous, it shows the way different people process grief. For someone who makes his living through gambling, pulling themselves away from their emotions and trying to objectively asses the odds may be a means of coping.

The title story, “The Big Baby Crime Spree,” is about a man whose father is undergoing a profound case of Alzheimer’s. Taking care of him becomes practically a full-time job. Despite this, he comes up with a plan for what he calls The Big Baby Crime Spree and recruits the woman he’s dating for it. The actual nature of the crime is vague, but it involves stealing babies from a maternity ward. He has multiple notebooks drawing up the plan, much like his girlfriend has multiple notebooks cataloging her obsession with The Beatles. Despite all his plans for that one big heist that will set him for life so he can take care of his father, it all turns out to be as delusional as his girlfriend’s strange fantasies about The Beatles.

Darrin Doyle has an eye for the tragic and the absurd, conveying them in an unpretentious manner that makes for a very engaging read. He presents characters in sad, disturbing, and senseless situations and shows them dealing with them in ways that elicit empathy and laughter. They dream big, some in ways that may be so strange as to border delusional, but are brought down by the cruelty of reality. As odd as many of the situations in the book are, they maintain an emotional verisimilitude. While I didn’t like this book as much as Scoundrels Among Us, it’s still an excellent display of Doyle’s ability as a storyteller that I highly recommend. I very much look forward to his future work.