The Big 5 Academy Awards and the Movies that Won Them

What makes these films so special? 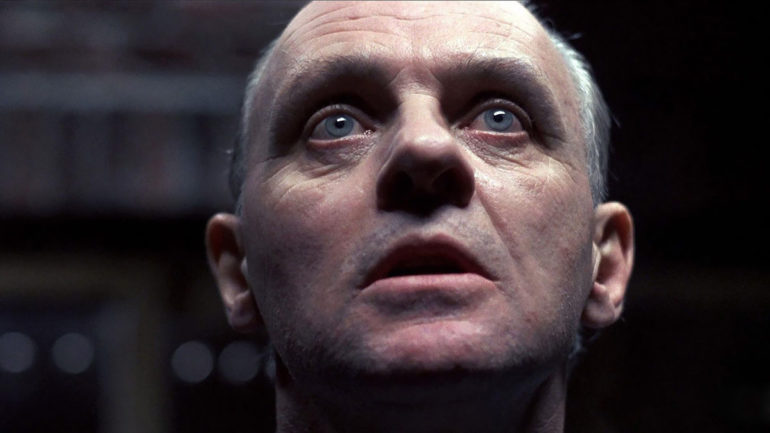 Silence of the Lambs

The Academy Award is the most illustrious in the field of entertainment. Older than the Grammys, the Emmys and the Tonys, the Academy Awards have provided the benchmark for cinematic achievement since 1929. Better known as an Oscar, the award is the pinnacle for artistic acknowledgement. There are, however, a handful of Oscars that are considered to be the most prestigious and important within the industry.

They comprise the foundation of film excellence and are known as the “Big 5 Academy Awards”. These are the five Oscar winners for Best Picture, Best Director, Best Actor, Best Actress, and Best Screenplay (either adapted screenplay or original screenplay). In the 91 year history of the Academy Awards, it is nearly impossible to sweep the “Big 5”. Here are the only three films to ever do it.

One night in February of 1935, It Happened One Night became the first film to win the “Big 5 Academy Awards”. Starring Clark Gable and Claudette Colbert, the movie tells the tale of a runaway spoiled heiress and the cynical newspaper reporter, with the latter agreeing to get her back home in exchange for the exclusive story. As the pair travel together, comedy ensues amidst a flurry of sexual tension.

The film also marks the first occasion where two acting Oscars were awarded to the same picture. In addition to winners Gable and Colbert (the only Oscars of their careers), Frank Capra won the first of his three career Best Director Academy Awards. With his adaptation of a short story by Samuel Hopkins Adams called “Night Bus”, Robert Riskin took home the Oscar for Best Adapted Screenplay. It Happened One Night also beat out an astonishing 11 other films to win best picture, including Cecil B. DeMille’s Cleopatra.

Not only was It Happened One Night the first film to ever sweep the “Big 5”, it was the first film of a new genre – the screwball comedy. Made in the heart of the great depression, It Happened One Night was a part of the initial cycle of films to be subjected to the infamous Hays code. To compensate for the new restrictions, innuendo and suggestion were incorporated to compensate for a lack of sexual content and thus, the screwball comedy was born.

It Happened One Night set the template that moviegoers now recognize as the romantic comedy. With a score of 98% from Rotten Tomatoes, It Happened One Night truly qualifies as a timeless classic, one that film historian Peter Bradshaw states, “Survives triumphantly because of its wit, charm, [and] romantic idealism”. This is an important movie, not only for the tremendous finished product but for its lasting impact.

The Frank Capra film is a beautifully produced work, but was not destined for commercial stardom, let alone making a colossal cultural impact. The 33 year old Clark Gable was even overheard saying: “Let’s get this over with” on the first day of shooting. After the film wrapped, Capra was informed that Colbert publicly told her friends, “I’ve just finished the worst picture in the world”. However, the picture succeeded despite low expectations.

The film was not expected to succeed and be outrageously successful because it was the first of its kind. As such, the enormous positive public reaction could not have been anticipated. That, along with the outstanding performances and direction came together to produce the first film to ever sweep the “Big 5” at the Oscars. Not bad for a little movie that no one wanted to be in.

One Flew Over the Cuckoo’s Nest stars Jack Nicholson in perhaps his greatest role. It also stars Louise Fletcher in perhaps the most chilling villain role of all time. Nicholson plays R.P. McMurphy, a convicted felon who wants to serve out the remainder of his term in a state run mental ward rather than complete his time doing hard labor at a prison camp. McMurphy’s nemesis is the tyrannical Nurse Ratched played by newcomer Louise Fletcher.

Lawrence Hauben and Bo Goldman adapted One Flew Over the Cuckoo’s Nest from Ken Kesey’s 1962 book of the same title. The film was described by Variety magazine as “Brilliant cinema theatre” and it is no wonder that Hauben and Goldman won the Oscar for Best Adapted Screenplay. The dialogue not only rings true, it is painfully sharp and tragically heartfelt. The masterful direction of Milos Foreman won him Best Director, the first of his two career Oscars in the category. Foreman paints both a haunting and beautiful character portrait.

The film itself beat out the likes of Dog Day Afternoon and Jaws to claim the 1975 Best Picture for producers Michael Douglas and Saul Zaentz. Brad Dourif was nominated for Best Supporting Actor to lead a brilliant supporting cast that also included Danny DeVito, William Redfield, Will Sampson and Christopher Lloyd in his film debut. The true treasures of the film though are the amazing lead performances given by Nicholson and Fletcher. What is even more amazing is that neither were the first choices for their role.

Producer Michael Douglas (yes, that Michael Douglas) originally had Gene Hackman in mind for the McMurphy role but he turned it down. So did top leading men Marlon Brando and Steve McQueen. Director Milos Forman’s first choice was Burt Reynolds. It was not until Douglas witnessed Jack Nicholson’s dynamic splendor in 1973’s The Last Detail that he reformed his opinion.

In a 2015 interview, Douglas explained: “At that point, Jack had done passive characters in Easy Rider and Five Easy Pieces, but when I saw him as the flamboyant but sensitive shore patrol-man in The Last Detail, I knew he could play the part”. It is impossible to imagine this film without Nicholson but a major component of his resonating performance is the scintillating repartee McMurphy has with Nurse Ratched.

Louise Fletcher’s Nurse Ratched ranks number five on the American Film Institute’s list of greatest movie villains. In 1975, Critic Arthur Knight wrote in his original review, “Fletcher makes this malignant character work like magic”. That magic was almost never realized on screen. Fletcher had a lack of film experience and producers worried about her nonexistent star power. As a result, more established names were discussed before the job fell to her.

The list of names included Mrs. Robinson herself, Anne Bancroft. Other top candidates included Jane Fonda, Colleen Dewhurst, and Geraldine Page. Angela Lansbury was actually offered the role but turned it down, a decision she has since regretted . Ultimately, Foreman was able to convince the producers that Louise Fletcher was best for the role. The terrifying performance gave Fletcher her only Oscar win in just her second ever screen role.

One Flew Over the Cuckoo’s Nest is considered a classic, even among Oscar winning films. It retains a current Rotten Tomatoes score of 94%. Although Cuckoo’s Nest won the five most important Oscars, it was nominated for a total of nine Academy Awards, the most of the three films to win the “Big 5”.

It is a story about a female FBI trainee who gets help from an imprisoned, albeit brilliant, morally ambiguous cannibal to nab a serial killer.

Considered the quintessential psychological thriller of the last 30 years, The Silence of the Lambs was nominated for a total of 7 Academy Awards, though it took home only the “Big 5”. In his only career Oscar nomination, Jonathan Demme won Best Director for the film, defeating luminaries Ridley Scott, John Singleton, Barry Levinson and Oliver Stone. Demme’s vision simply succeeded in all angles, guiding an extremely suspenseful and complex narrative.

Like the other two “Big 5” winners, The Silence of the Lambs originates from a literary source. The Oscar winning screenwriter Ted Tally adapted the screenplay from the 1988 Thomas Harris novel. Speaking to the arduous task of transforming a 338 page international bestseller into a 120 page screenplay, Tally said, “I always remember I’m adapting the source material; I’m not just transcribing the book into a movie. If I did that I’d end up with the novel in pictures”.

However, The Silence of the Lambs is not strictly an encapsulation of phenomenal production, brilliant writing and flawless directing. As the late, great Roger Ebert remarked: “It is also about two of the most memorable characters in movie history, Clarice Starling and Hannibal Lecter, and their strange, strained relationship”.

As confident FBI trainee Clarice Starling and charismatic serial killer Hannibal Lecter, Jodie Foster and Anthony Hopkins create one of the most unforgettable cinematic pairings of all time. Interestingly enough, this dream duo was nearly never realized. Similar to One Flew Over the Cuckoo’s Nest, the male and female lead roles were initially meant for others. In fact, Foster did not even break the director’s top three considerations for the part.

The first choice for Jonathan Demme as the female agent was Michelle Pfeiffer. The pair worked together just a few years earlier in 1988 with Married to the Mob and Demme thought the part suited her. Pfeiffer thought differently. According to Demme, she was “concerned about the darkness of the piece”. Next in line was Meg Ryan, who passed because she was reportedly “slightly offended” at the offer. Demme then wanted Laura Dern but the studio brass objected due to her lack of box office bankability.

Upon the producer’s insistence, Foster, fresh off her 1989 Oscar win for The Accused, was offered the part. Jodie Foster responded with an extraordinary performance and was rewarded with her second Oscar in four years. In 2003, the American Film Institute ranked its 50 greatest heroes of the first 100 years of cinema; Foster’s Clarice Starling was the highest rated heroine and Anthony Hopkins’ Hannibal Lecter was the highest ranked villain.

However, as with Jodie Foster in the female lead, Jonathan Demme had designs on a different actor for the male lead. Demme disclosed that his original choice to play “Hannibal the Cannibal” was the original 007. Sean Connery passed on the role and Demme reluctantly took a gamble on Anthony Hopkins. The gamble paid off as Hopkins turned in a performance for the ages despite appearing on screen for only 16 minutes, and walked away with the Oscar for Best Actor, the only win of his career.

In the 91 years of the Academy Awards, 43 movies have been nominated for the big five in a single year. Of all those incredible films and performances, only 3 movies have ever swept the “Big 5”. It is the equivalent of getting struck by Academy Award lightning. It Happened One Night, One Flew Over the Cuckoo’s Nest and The Silence of the Lambs make history as the only films to ever catch the elusive “Big 5” lightning in a bottle.