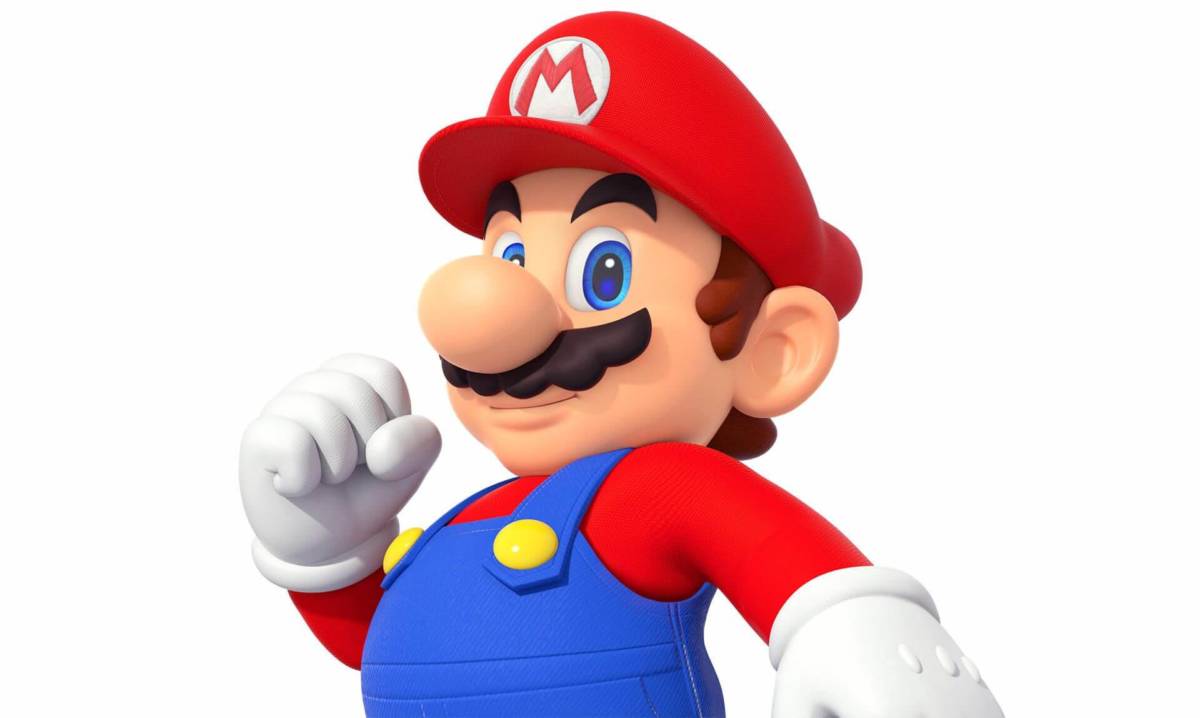 We’ve known for a number of years now that Illumination, the studio behind the Despicable Me franchise, is working on an animated film about Mario, Nintendo’s beloved mascot. And while some eyebrows were raised when it was confirmed during Nintendo’s Direct presentation last month that Guardians of the Galaxy star Chris Pratt would be voicing Mario in the film, I still have high hopes for it to be one of the few video game adaptations which truly lives up to its IP. Especially since most of Illumination’s previous efforts have been enjoyable and competent family adventures, with Sing and The Secret Life of Pets both being fun companion pieces to the studio’s signature Minions and Despicable Me films.

Sure, Illumination may have released a few duds over the years (I’m looking at you, The Lorax), but hopefully the Mario film will be remembered as one of their best projects, especially considering the strong behind-the-scenes talent. Directors Aaron Horvath and Michael Jelenic both previously co-directed the wonderful Teen Titans Go! To the Movies for Warner Bros. Pictures, while Mario creator Shigeru Miyamoto is onboard as a producer, so we can expect the film to stay true to its roots.

And yes, I’m aware that since the announcement of the voice cast, the internet has been awash with memes and parody mashup videos of Chris Pratt as Mario, but I fall into the category of not judging an actor’s performance until the film has actually been released. While some were disappointed that Charles Martinet, who voices Mario in the games, will not be providing the character’s voice in the movie, it has been confirmed that Martinet will still be making a vocal cameo.

Mario is arguably the most critically acclaimed gaming franchise of all time, and over 750 million Mario games have been sold to date. We’ll know for sure if the film truly lives up to that legacy when it opens in wide release on December 21, 2022. In the meantime, I compiled a list of five things I want from the film, which I think will help to make it into something truly special. Whether or not you agree with my list, I think we can all agree that we don’t want to see any damn Minions showing up in the film.

1. Mario To Have A Clear And Well-Defined Personality 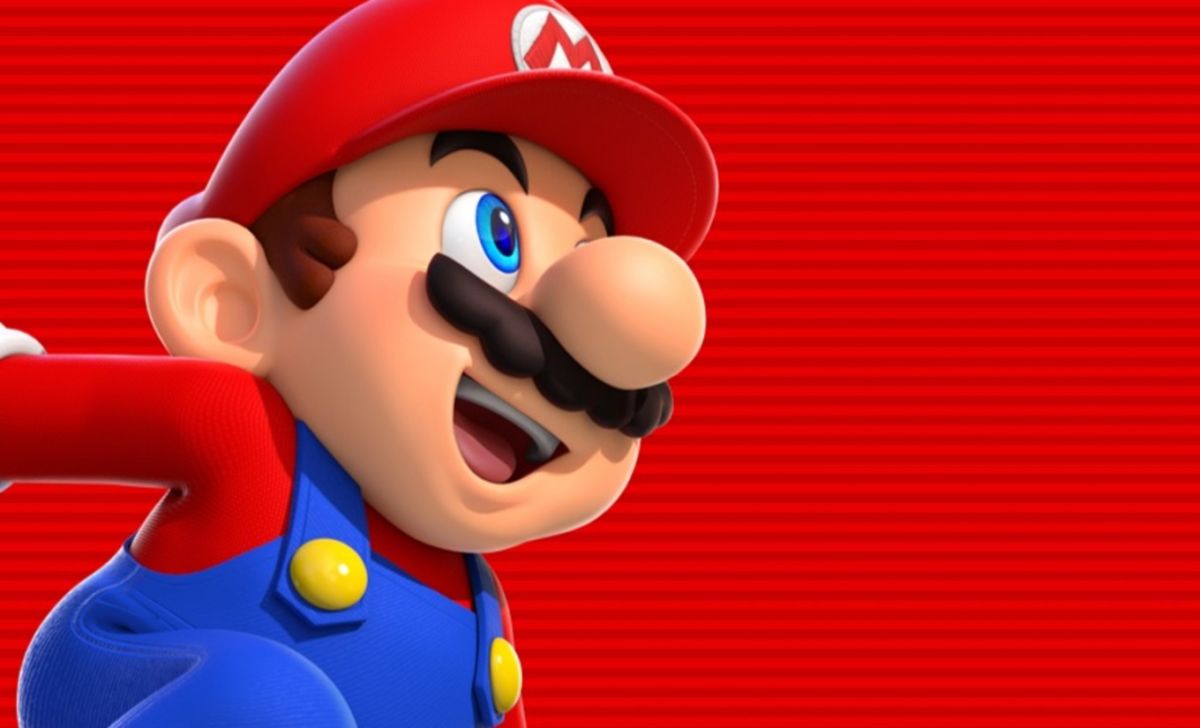 Let’s face it, while he’s been appearing in games for over four decades, Mario barely has any actual personality. Sure, he seems to enjoy jumping over obstacles, which is clearly evident from how he often shouts “Yippee” while bouncing through the air, and he also obviously cares deeply about Princess Peach, otherwise he wouldn’t keep rescuing her from Bowser. It could also be said that he usually appears to be upbeat and cheerful, as evidenced by the goofy smile he often has plastered across his face. But other than that, there’s not really much to his character, which is largely due to the fact that he usually only has a few words of dialogue per game.

So it’d certainly be interesting for the upcoming film to give Mario a more clear and well-defined personality, especially with a talented and charismatic actor like Chris Pratt providing the character’s voice. We know Mario likes to stomp on Koopas and to jump over things, but what does he like to do when he’s not rescuing Princess Peach? What is he actually like as a person? What would it be like to really have a conversation with him? Does he have any dreams and aspirations beyond constantly rescuing his girlfriend from a giant fire-breathing turtle?

These are questions the games never really answer, so let’s hope the movie turns Mario into a more well-rounded character for the audience to relate to. After all, we’ve all been playing as Mario for many decades now, so it’s about time we finally got to know him a little better as a person.

2. The Mushroom Kingdom In All Its Fungal Glory

The Mushroom Kingdom has arguably become one of the most iconic locations in gaming since it first appeared in Super Mario Bros. back in 1985, so I hope it’s properly showcased on-screen in the upcoming film.

In the games, the Mushroom Kingdom is shown to be an absolutely beautiful world where imagination could truly take flight, and not just with the Cape Feather. After a stressful day at school (we all thought we had it rough before adulthood), kids all over the world loved to unwind by plugging in their Nintendo systems and embarking on glorious adventures across the Mushroom Kingdom, with its majestic palaces and castles, sprawling underground caverns, and lush open fields filled with floating Question Mark Blocks all helping us to escape from the realities of mundane life. The land is also filled with a wide variety of bizarre and enthralling flora and fauna, with everything from vicious Goombas to human-eating Piranha Plants showing up to try to murder Mario as he progressed through the levels.

While Illumination films are usually priced around the $75 million budget range (significantly lower than the efforts from rivals such as Disney and Dreamworks), the studio has definitely still proven that they can deliver some truly spectacular visuals in their projects. Here’s hoping they finally bring the magnificence of the Mushroom Kingdom to life on the big screen in a way which’ll have fans smiling from ear to ear.

Yoshi is quite possibly the most popular supporting character in the entire Mario franchise, so it’s a little worrying that he’s yet to be confirmed to appear in the film. After all, there probably isn’t a single Mario fan who wouldn’t want Yoshi to show up in Illumination’s Mario adaptation, and the character certainly deserves another outing on the big screen after the godawful live-action Super Mario Bros. movie from 1993 depicted him as a hideous velociraptor-like Jurassic Park reject.

I’ll never forget the feeling of pure joy I experienced as a kid upon riding Yoshi for the first time, or the exhilaration of watching him decimating an entire row of Koopas with a shell he launched from his mouth like a projectile missile. Yoshi even proved to be so popular among fans that Nintendo even gave him his own series of games, with Yoshi’s Island and the beautiful Yoshi’s Woolly World being two particular standouts. There was even a light gun shooter on the SNES called Yoshi’s Safari, but I won’t talk about that.

Either way, Yoshi has proven to be an exceptionally endearing character over the years, to the point where no Mario game would be complete without him. He’s also an incredibly cute little reptile, and whenever I’m feeling down, I like to listen to Yoshi sounds on YouTube to cheer myself up (I’m normal, I swear). Heck, I wouldn’t even mind watching an entire film about Yoshi, because he’s certainly likeable enough to carry his own movie. So gaming’s most famous dinosaur deserves another cinematic outing, and I sincerely hope Illumination’s upcoming Mario film gives him just that.

4. Bowser Should Be A Menacing Villain

Since he became increasingly goofy as the series progressed, it’s easy to forget that Bowser was actually depicted as a menacing villain in the early games. From his devilish appearance to the sinister music which played whenever he was on-screen, Bowser certainly wasn’t a character to be taken lightly. With any luck, the filmmakers will remember Bowser’s terrifying routes, and hopefully, the movie won’t depict Bowser playing golf with Mario or show him flying around in a silly Koopa Clown Car with a huge smiley face painted on it.

Jack Black, who is best known as a comedic actor, will be voicing Bowser in the film, so while the character will probably be the source of some humour, there’s no reason why he can’t be menacing and intimidating as well. Despite the silly situations he was often thrown into throughout the later games, we should all remember that at the end of the day, Bowser is a gigantic fire-breathing turtle dragon monster with razor-sharp spikes along his shell. And let’s also not forget his menacing laugh, which probably creeped out younger players before the start of each boss fight.

Interestingly, In this year’s Bowser’s Fury, which came bundled with the remaster of Super Mario 3D World on the Switch, Bowser was corrupted by a mysterious black slime which transformed him into his most monstrous form yet, and throughout the game he resembled a creature from a horror film rather than a villain from a family-friendly platforming game. Nintendo have clearly realized that Bowser should once again be depicted as a fearsome villain, and I hope the folks at Illumination come to understand this as well.

While Illumination’s upcoming effort will be a kid’s film and obviously won’t be too dark, I think we can all agree that Bowser should return to his roots as an intimidating villain rather than being a goofball who becomes obese after stuffing his face with junk food and then begs his servants to help him get back into shape.

5. Princess Peach Not To Be A Damsel In Distress

The plots of most of the games in the Super Mario franchise revolve around Princess Peach needing to be rescued by Mario after being kidnapped by Bowser, and this has become a tired and outdated trope which probably shouldn’t be depicted in the upcoming film. After all, Peach has been kidnapped more times than the Earth revolves around the sun, and we’re all a little tired of seeing her being depicted as a damsel in distress.

We’re now in the 2020s, and the helpless damsel in distress trope is thankfully being phased out. Instead of appearing as a love interest in need of rescuing, it would be great for Peach to instead be depicted as a strong female character who actually helps Mario throughout the film instead of just relying on him to always come and rescue her. Some of the more recent Mario games, such as Super Mario 3D World, featured Peach as a playable character who helps to defeat Bowser, which is something fans would like to see more of.

Since Illumination’s films are specifically marketed towards children, it would certainly be a good idea for Peach to be portrayed as a strong and helpful role model who plays an active part in helping to save the day. She may be a reigning monarch who wears a pink dress, but that doesn’t mean Peach can’t get her hands dirty when the need arises. I sincerely hope that Illumination’s Mario movie finally turns Peach (who will be voiced by Anya Taylor-Joy) into the heroine she always deserved to be, instead of just showing her being abducted by Bowser for the millionth time.