15 Terrifying Short Horror Movies You Can Watch During Lunch 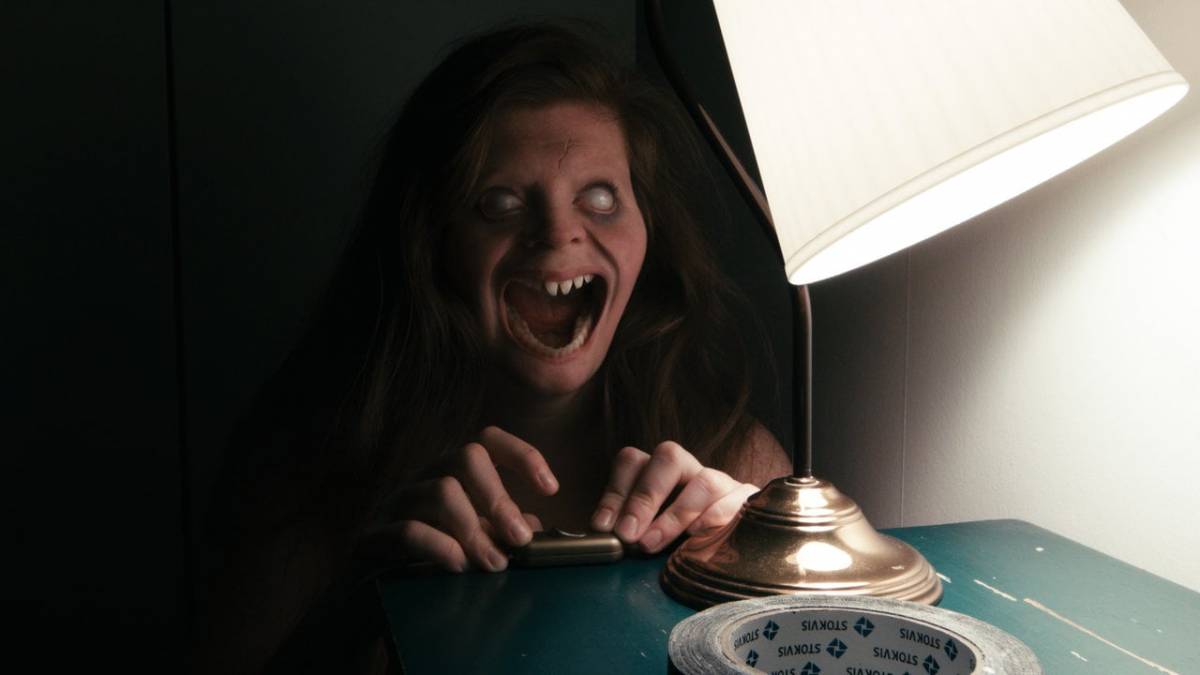 Horror movies have been around for over a hundred years, from the silent days of Phantom of the Opera, Nosferatu or The Cabinet of Dr. Caligari, to the Universal days of Dracula, Frankenstein and the Wolfman, to the 1950’s with the Hammer movies, to early slasher films like Peeping Tom and Psycho in the 60’s. From Satanic and exorcism films like The Exorcist and The Omen in the 70’s, a genre that is still popular today, to the 80’s with body horror like Videodrome and The Fly, as well as new movie monsters like Freddy and Jason. From the 90’s with the rise in popularity of Japanese horror movies like The Ring and Audition, as well as films like Candyman, The Blair Witch Project and Scream, to torture porn like Saw and Hostel and the rise in popularity of found footage films with Paranormal Activity, to today with clever films like Cabin in the Woods and It Follows as well as new monsters in films like Mama and The Babadook.

I know I tend to go on and on but basically what I’m saying is we’ve always loved to have the crap scared out of us, whether it be from subtle horrors like Silence of the Lambs, or full on gore fests like The Evil Dead, and with Halloween just around the corner, everyone is going out and seeing films like Lights Out and Don’t Breath. But there’s a ton of great horror movies out there, and to get you in the Halloween mood, I have compiled (in no particular order) some of the best horror films that are so short you can watch them during your lunch break.

Long before Saw was a tired old concept stretched out to too many films, it was a short film. Directed by James Wan and starring Leigh Whannell (who reprised his role for the 2004 feature film), the story follows David who is telling a police officer the story of how he was kidnapped and forced to kill another man in order to save his own life.

Regardless of how many dreadful Saw films there were, the 2004 feature film, and this short film from a year earlier, still hold up in my opinion. The film’s story is so clever and gruesome that you feel almost uncomfortable, but it leaves you wanting more.

Another short film that was turned into a feature film, 2013’s Lights Out stars Lotta Losten (who, just like the guy from Saw, would reprise her role for the 2016 full length feature) who is getting ready for bed, but upon turning out the light sees a figure at the end of the hall. She tapes the light switch down (in case gravity reverses and is so strong that the switch goes up turning the lights off) but this doesn’t help as whatever was in the hallway just turns the light off themselves. As the thing runs towards Lotta’s room she hides under the covers (the safest place from monsters as any child will tell you) only for her bedside lamp to flicker, and upon poking her out from under the covers she sees the bedroom door is open, and then…

It’s an effective film no doubt, and it does use jump scares regularly (there are three altogether), but it’s done so cleverly you can’t be mad. The film opens with the sound of rain falling, which can make you jump on its own, and it builds up to a subtle and creepy scare.

If the animation in this film looks familiar, it’s because it was directed by Paul Berry who worked on films like The Nightmare Before Christmas and James and the Giant Peach. The film is a re-telling of the Sandman character who puts people to sleep. A young child is sent to bed in his large and terrifying house, wind howls, floorboards creak, and shadows run across the walls. He manages to get to the safety of his bed, but something is in the house. Enter The Sandman, who looks a bit like the Judderman from the old Metz advert.

The film has a sense of German Expressionism, and brings to mind The Cabinet of Dr. Caligari with its misshapen walls, doors and windows. It’s also a must see for any Nightmare Before Christmas fans, but don’t go expecting a magical musical romp, The Sandman’s ending is quite frankly shocking. The animation is smooth and seamless, which is lacking in a lot of stop motion films these days.

Don’t Move opens with a bunch of gut wrenching squelchy noises before we get a shot of a bloody Ouija board and tarot cards. A group of people stand dead still in a bloody house and we get a shot of a dead guy sitting at a table. There’s something in the house, some kind of smoke demon that kills anyone who dares to move.

Don’t Move is a tense and gory affair, so if blood and guts is more your thing, go for this. The film is very moody, the lighting helps create the perfect mood and with the unseen ouija scene, there is a lot to expand on here, Don’t Move is a short film crying out for a full length remake.

The great thing about doing this lest is it meant I got the chance to write about some of my favourite horror shorts, like Lights Out and Crooked Rot, and it also gave me the chance to check out films I’d never seen, and when I read the title “Skypemare,” I knew I had to watch this. It’s Halloween, Alison is talking to Jenna over Skype when something terrifying happens, leaving Alison helplessly watching the horror unfold, but there’s a twist.

The film cleverly builds a sickening feeling of dread. We see a news report of an escaped serial killer, a shadow appears behind Jenna that draws ever closer. It’s a tense horror film that will even make you laugh.

Larry is about to sit down to a very tasty looking breakfast before his neighbour Zach asks him to come over to his house and take a look at something, but something seems off; he clearly doesn’t want Larry to take a look at his boiler. His wife is upstairs, even though she’s supposed to be in Cleveland, even calling him from Cleveland ten minutes ago, and Zach believes this isn’t his wife, something’s wrong with her, so Larry calls to her, but the only response he gets from her is laughter, and when Zach calls his wife in Cleveland, she’s still there. So who is this imposter?

The film has a creepy vibe to it, the actions and taunting of his elderly neighbours is almost childlike, and, just like all good horror movies, nothing is explained. The film will leave you scratching your head and wondering what happened next.

For most of these films I just write a brief synopsis and leave it at that so’s not to spoil the ending, but with this film I just have to talk about that ending, so to avoid spoilers be sure to watch the film first.

A man plays with his young daughter before carrying her up to bed. He tucks her in and before he leaves she asks him to check for monsters under the bed. The father obliges, expecting to find nothing… but he does find something. He finds his daughter, distraught and crying, she says “Daddy there’s someone on my bed.” and the credits roll.

The ending is so creepy and chilling that it’ll make the hairs on your neck stand up, and it’s so cleverly done as well. A similar film, Tuck Me In, was made a year later, but I chose this one because the delivery is so much better and, well, this one came first.

It was tempting to put Salad Fingers in this list, but while it may be David Firth’s best known creation, he has created so much that it’s unfair to focus on one thing. Crooked Rot is an experimental short that uses stop motion effects to create a creepy atmosphere.

It really is a sight to behold that can confuse, shock, and even disturb the viewer. Nothing makes sense, nothing is clear, it’s a series of bizarre images accompanied by the perfect score by Marcus Fjellström.