Folklore sees Swift returning to her lyrical roots while charting a new space all her own. 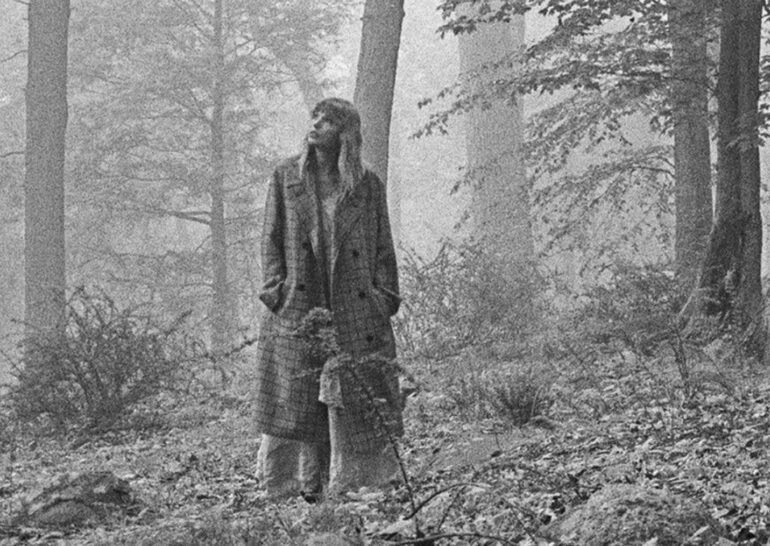 I have always maintained that I am not a Swiftie, despite the fact that I have already written two articles about Taylor Swift prior to this – a review of Miss Americana and a dissection of Lover’s potency as a love song. It could be a deep sense of denial, of a refusal to leap onto a screeching ‘Queen!’ bandwagon, but with Folklore, I am unable to stick to this refrain any longer. So yes, I’ll say it, I am a Swiftie, a fact that cannot be contested as the songs from Folklore ricochet off my walls while I pen this.

This album is a deviation from Swift’s usual methods of promoting her music. The marketing of each of her albums usually start a few months before the album’s release, and selected fans are invited to Swift’s place for a secret listening party. When they return from their musical rendezvous, they would typically scream their excitement all over social media, which further helps market her music, as well as remind fans of the importance they play in a musician’s journey.

Due to the COVID-19 pandemic, there is no way Swift could replicate this, but for Folklore, it would appear that Swift wasn’t really concerned with all that. In her social media posts announcing the release of the album, she commented on the uncertain times we are living in, where nothing is guaranteed. She said that when you make something you love, you should just put it out into the world. So she gave us Folklore, an album that none of us expected, dropping her entire album and first music video for “Cardigan” in quick succession.

Folklore’s sound is completely different from Swift’s more recent pop-ish albums, and is reminscent of Swift’s more lyrically poignant albums like Red. The songs were written by Swift and other collaborators while in quarantine, and it shows in the introspective vibe that surrounds and permeates all the songs. Swift’s previous albums always had autobiographical elements, with fans making quick guesswork of the men and people she was referencing in each song. As much as detractors would disagree, I have always found that to be a strength in her songwriting, since it ties these songs to lived experiences and we relate to them because of the universal truths conveyed.

Folklore is Swift’s first attempt to write outside her own life, diving into the worlds of fictive characters, and drawing us into the rich hues of their inner selves. This is why the name of the album is Folklore, which are stories and memories passed down over time. She wants to pass these stories down to us, and as we listen to the lyrical and poetic swirls of her music, we recognise echoes of our own stories to be found within. As we listen, the poignancy of it all pushes us to turn inward, to cry tears we have tried to repress, and sing of joys we thought we weren’t entitled to.

We get our first character in the song “The Last Great American Dynasty”, which is a fictive retelling of the life of Rebekah Harkness (who went by Betty Harkness). Harkness and her husband owned Holiday House, a mansion in Watch Hill, Rhode Island, a house that Swift now owns. Betty’s marriage to an oil tycoon made her one of the wealthiest women in America during her lifetime, and there were plenty of wild antics that she apparently got up to. Swift draws a swift (ha!) line between herself and Betty, fleshing out a kinship with a woman who lived before her, the two of them connected through the house and the madness people desired to impose on them.

Swift has always poked fun at the media’s portrayal of her madness through satirical pieces like “Blank Space” and “Look What You Made Me Do”, but beneath these songs also existed a seething rage at this portrayal and judgement. In this song, however, there is a certain joy conveyed by Swift as she sings about having “a marvelous time ruining everything”, a sign that she has made peace with this label because she knows who she is and is less concerned with the yapping tongues of others. The visual of the lyric video is the view from the house, and through this, the listener gets a glimpse into a small pocket of both Betty and Swift’s exterior world.

Betty’s story isn’t just limited to one song: it flows through a few other songs in the album, told through different perspectives. “Cardigan” is a reimagining of what Betty got up to in her younger years, and the boy she loved back then. In the music video, Swift dons a cardigan towards the end, another sign that there is some part of herself reflected in this fictional story she creates for Betty. Interestingly, it’s been noticed that in the music video for Lover there is a room filled with Cardigans, suggesting that Swift has been planning this era far longer that we thought.

The song “Betty” is told from the perspective of James, the boy who loves Betty. However, there is a love triangle of sorts here, since James was involved in some summer fun with another girl, whose perspective we get in the song “August”. August is the month where we experience the last few moments of summer, where things start to transition to the season of autumn, and in the song, the girl painfully acknowledges that “August slipped away like a bottle of wine”. The use of this simile is so effective, painting moments of intimacy and laughter shared over a bottle of wine, over as soon as the bottle is emptied.

The pain and agony that is the experience of love is articulated in other songs as well, songs like “The 1” and “Exile”, both emotionally stirring in very different ways. It’s hard not to notice the mention of films in both these songs, and how Swift has referenced this before in her song “If This Was A Movie”, from her earlier album Speak Now. However, there is a shift from the youthful idealism Swift presented before. “If This Was A Movie” mentions that if life was like a movie, they would be still be together, highlighting that films are fantasy while real life is never as easy.

“Exile”, on the other hand, reflects that films are an extension of real life, with Bon Iver crooning mournfully about having “seen this film before” and not liking the ending. Therefore, the stories (or tiny films) she paints in this album, while created or imagined at times, are still a reflection of the painful truths of real life. Fiction is powerful because it has echoes of what is real.

That is the power Swift showcases in this album, holding out all her songs to us like “a mirrorball” showing us “every version of [our]sel[ves]”, on her “tallest tiptoes, spinning in [her] highest heels” just for us. Taylor Swift is a performer, a songwriter, but most important of all she is an artist, and with this album, she reminds us of the value of art in bleak times like this. Folklore is a musical gift of shared memories and collective storytelling – an ever-present reminder that you are not alone.