Taylor Swift’s Lover And Why We Listen To Love Songs

And what it all has to do with Philip Larkin. 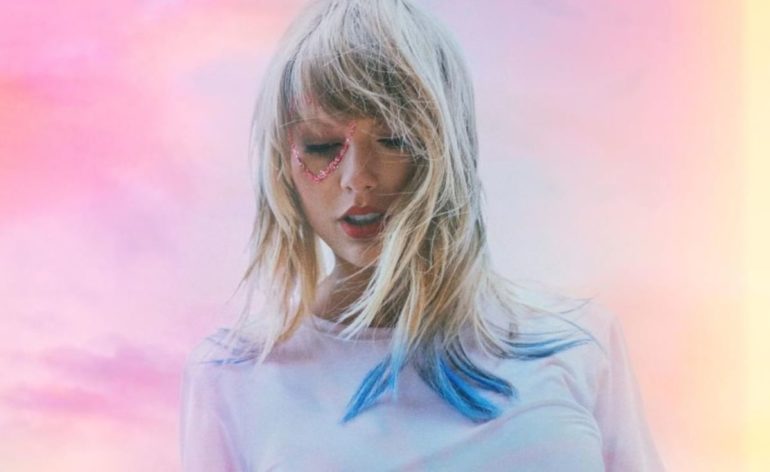 Why do we listen to love songs? Philip Larkin’s poem Love Songs In Age has a clear answer to this question: we listen to them because they comfort. They provide comfort through the sense of a shared experience, where someone else offers their perspective on love because of where they stand. Love songs also, according to Larkin, “promise to solve, satisfy and set unchangeably in order”. As you can probably tell, Larkin’s persona feels that love songs are wrapped with a sense of illusion, containing promises that are just society’s imaginings of what love is, but never what love becomes.

In the poem, the woman realises that her love songs cannot comfort her in her widowhood and loss, and cries while piling them back up to store them away (this was when music came in record form). The poem was part of Larkin’s poetry collection The Whitsun Weddings that was published in 1957, and years later, we still haven’t listened to Larkin, continuing our dalliance with love songs, clinging to their promises even when we know better.

This is especially seen in the popularity of Ed Sheeran’s love songs. In an article from Vox, the writer touches upon the reason for this, recognising that “Sheeran’s music is likable because it’s classic-sounding, familiar, and welcoming.” Having been to his Divide concert this year, I can safely and ardently attest that the most popular songs with the crowd were his love ballads, with songs like ‘Thinking Out Loud’, ‘Perfect’ and ‘Dive’ getting people to croon about and swing their lighted phones with reckless abandon. When I tasked my students to compare Taylor Swift’s ‘Lover’ to Ed Sheeran’s ‘Perfect’ and tell me who wrote the better love song, the class was overwhelmingly in Ed Sheeran’s corner. They discussed the purity and wholesomeness of the song, the shared intimacy of the moment he sings about, the communication of a future together.

Of course they would align with Sheeran; he knows what we like and plays up the romance factor consistently. We see this in music videos as well. In the music video for ‘Perfect’, the two canoodle in the cold, share a pizza and he plays her the song he wrote for her – I mean, you had me at pizza. It made me realise how we still view the idea of love with an idealistic and hopeful lens. It’s not to say that we shouldn’t, but oftentimes this is just part of the story. This moment of perfection comes after hurdles, and there are many that await after as well.

I am by no means a Swiftie, but I definitely found her song to be the better love song, mainly because of the uncertainty and imperfection it brings across. We see this uncertainty in the constant interrogatives she uses, where she asks her lover if she can follow him and ponders on their future state of intimacy. Her descriptions of him having “a dazzling haze, a mysterious way” also points to a sense of the unknowable – yes it is blinding and intoxicating, but at the same time, there are aspects to the people we love that remain forever elusive to us. The song also charts a sense of mess and disorder, where they don’t play by the seasonal rules by allowing the Christmas lights to stay up till January, or letting their friends crash at their place, because relationships aren’t neat and tidy little packages that sit nicely within established boundaries, and that’s okay to admit.

The relationship is tied to a notion of timelessness, where she acknowledges the limited time they have had with each other in the grand scheme of things but also recognising that their love has the ability to go beyond that. There is a consistent mention of space – both private and public – and how what they have traverses everything. This is a big proclamation, since Swift leads such a public life as a singer, so it would mean her lover would also be exposed to the scrutiny she faces on a daily basis. Considering how the media has criticized her very public manner of falling in love and writing about it, which the singer parodies in her hit song Blank Space, I give immense props to Swift for still allowing her songwriting to reflect the truth of her life, as well as the nuance in the experience that is love.

In a different article from Vox, the writer comments that the appeal of Lover comes from the way “it feels emotionally honest and fresh in a way nothing else quite does”. Maybe I have fallen prey to the illusions Larkin speaks of by enjoying the song so much. But I guess we all need to feel comforted by the idea of what love can be, even if that means ignoring the “glare” and getting lost in the “brilliance” of it all.