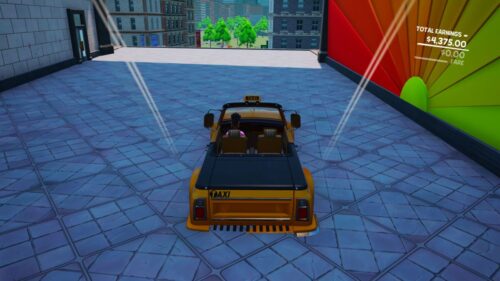 It takes a lot of guts to take an already established and well loved formula and decide “I reckon I could do it better”. As far as Crazy Taxi fans are concerned, they’ll probably just take a game that does a decent job, and that’s where Team6 Games Studios and Lion Castle Entertainment come into play.

After seeking out SEGA’s blessing to create a similar game, which is more than can be said about The Simpsons: Road Rage’s developers, we now have Taxi Chaos, a game that might not be worth its fare.

It’s not that Taxi Chaos is a bad Crazy Taxi clone, far from it in fact. The gameplay is as you’d expect from a game where you deliver passengers as quickly as possible. Along the way, you’ll perform tricks like nailing jumps, narrowly missing obstacles and just driving fast in order to earn extra cash to push towards those high score leaderboards.

The controls are simplistic and the cars are incredibly fun to handle. Despite the selection of taxis on offer, many of which are unlockable, you’re able to reliably throw them around corners at full speed and nail sweet drifts. There’s also a jump that allows you to air over other cars clogging up the roads, which can come in handy, though it can be a bit glitchy depending on where you land. During the review, I’d end up glitching through the floor on a few occasions, though the devs have confirmed this will be addressed in a day one patch.

In certain ways, Taxi Chaos is an improvement over the original iteration, including the aforementioned jump ability. The navigation arrow will now direct you on a street-by-street basis, as opposed to Crazy Taxi’s as the crow flies arrow, which could often lead you down the wrong path or a longer route if you weren’t careful. Being able to learn the layout of the city with this arrow makes it easier to learn routes and ideal pathing for various passengers and destinations.

There’s also a free roam mode, which lets players explore New Yellow City at their own pace, becoming acclimated to where everything is in the city so they can take on the Pro mode. Unlike the regular arcade mode, Pro mode disables all navigation, leaving you to rely on street and landmark knowledge to deliver your patrons in the fastest time. It’s a tough mode to play, especially when you’ve first started, but being able to bust out that knowledge to earn a high score is pretty satisfying.

Unfortunately, there’s a few ways in which Taxi Chaos pales in comparison to Crazy Taxi, chief among them being the lack of a Crazy Box-esque minigame mode. Taxi Chaos just focuses on delivering passengers and finding collectibles, while Crazy Taxi’s Crazy Box mode offered a range of minigames designed around certain skills lying within the game’s systems, such as Crazy Dash, Crazy Drift, Limiter Cut and more. The only skill in Taxi Chaos seems to be holding both triggers to boost when at a standstill. Personally, leaving out something like Crazy Box highlights a lack of overall depth that’ll prevent Taxi Chaos from becoming a long-term hit.

The passengers and drivers are also a step down from Crazy Taxi, largely because they repeat the same 3-5 basic conversations over and over again. Above all else, the voice lines and music of Taxi Chaos are tiring, so much so that I’d recommend muting the voices and listening to Spotify instead. Strangely enough, Taxi Chaos feels a lot better when listening to The Offspring, or the DOOM soundtrack. There is a day one patch coming to add more music and improve some of the passenger conversations though, so that’s something.

Perhaps worst of all is Taxi Chaos’ inclusion of special passengers, which you can pick up at certain locations and they’ll give you quests to obtain certain collectibles. These collectibles are often in some of the most obtuse and weird places. In theory, they’re designed to encourage players to explore the verticality of the map, but honestly it feels like they’ve been thrown in haphazardly.

With no map in-game, you have to explore every inch to find what you’re looking for, and when you’re done, you’ll have to find the passenger all over again. There’s a lot of additional content for a game that’s just about delivering passengers, but finding the collectibles feels more like work than the actual job of being a taxi driver. Unless you load up Free Roam and spend about 4 hours trying to find everything in one run, like I did, you’ll probably struggle. Most won’t even have that amount of patience.

On the surface, Taxi Chaos looks like an enjoyable slice of nostalgia bait that’s fun for a little while before you move on to another game. There’s truth to that statement, but there’s plenty of issues with the core experience that make Taxi Chaos tougher to recommend, especially at the £25 asking price. Heck, it costs over £30 on the Switch, which is just too much. Wait for a sale, and the patches too.

A code for Taxi Chaos was provided by PR for the purposes of this review. 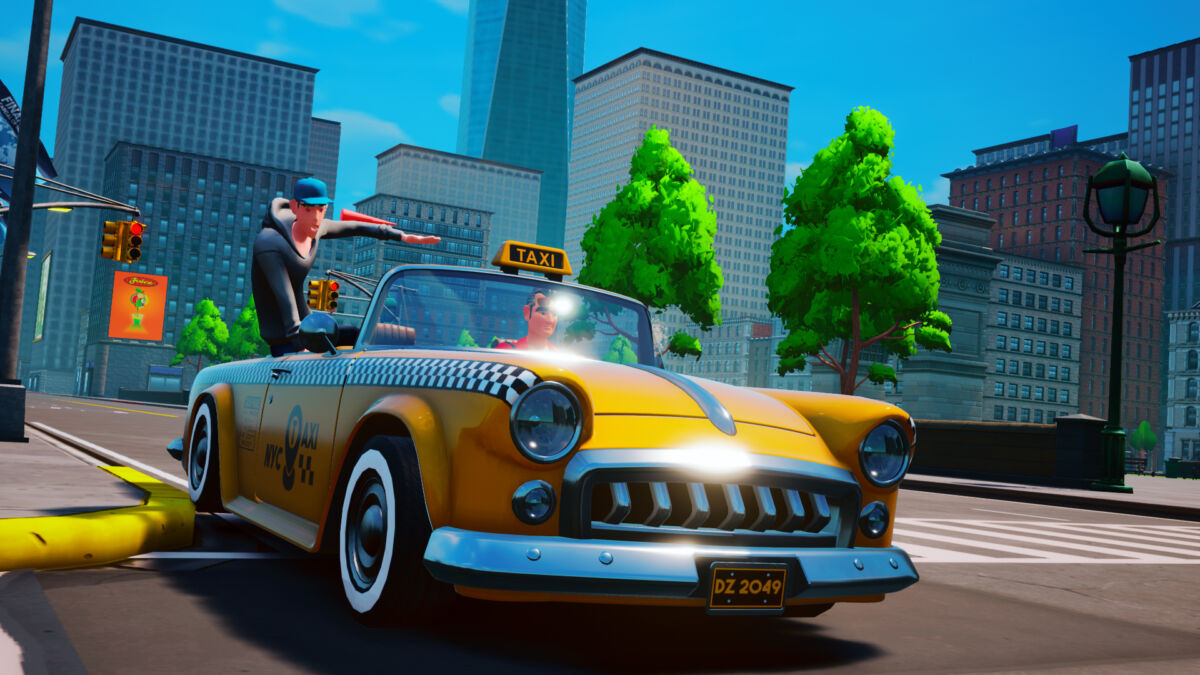 Verdict
Taxi Chaos is a pretty faithful and enjoyable recreation of a fondly remembered gaming franchise, but its new ideas introduce lots of new problems.
6
Cultured Vultures is a pop culture website established in 2013 covering all things gaming, movies, and more. We eat your words.
All The News On The Biggest Games