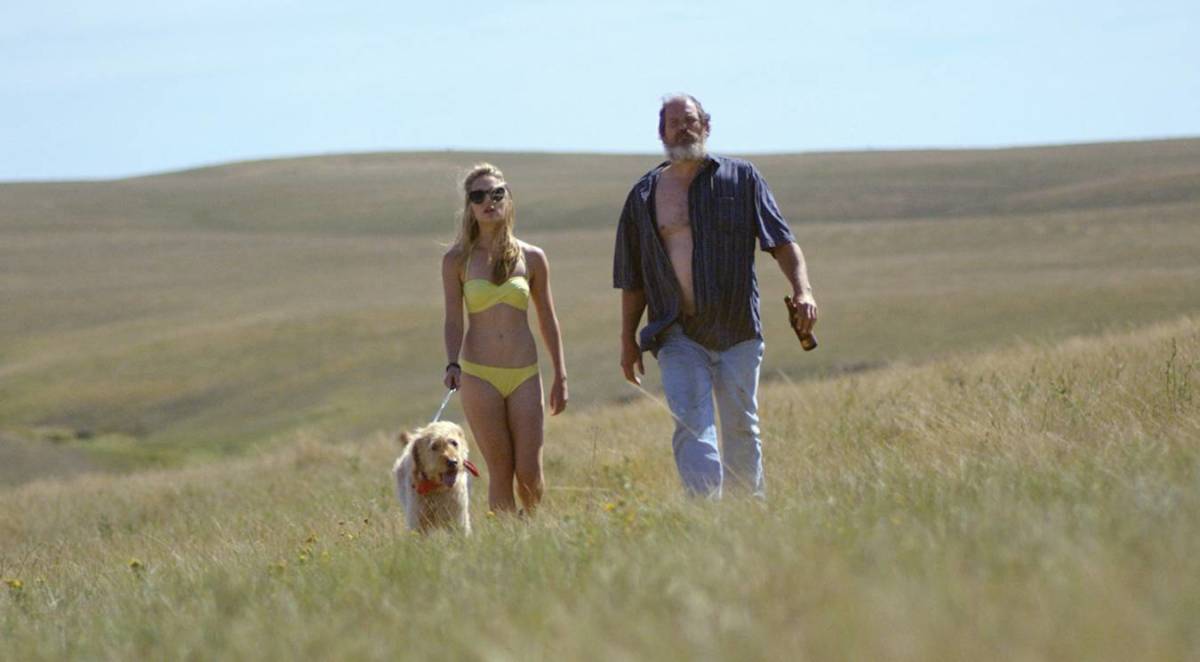 Tater Tot & Patton may not like that Big City Livin’, but boy, it sure likes the benefits of it. Like many independent films, it wants to make us uncomfortable. Like really, really, uncomfortable, judging from the opening shot of its male lead in what must be one of the most unflattering poses of all time.

Unfortunately, it’s too committed to the usual indie routines to really give us something new. Tater Tot and Patton are Andie (Jessica Rothe) and Erwin (Bates Wilder), who are about to have a reunion of sorts after being absent from each other’s lives for a decade or two. Erwin is an alcoholic who is nevertheless able to eke out a comfortable living on his South Dakota farm. But when his wayward niece Andie is sent from LA to live with him by her parents, they both end up confronting their demons.

Like many low-budget dramas, the film focuses on the quiet power of its cast in a remote location as Andie and Irwin incrementally move toward the truths they’ve been successfully avoiding while reconnecting and growing together. But the journey is not only familiar, it’s imbalanced in a way that is wildly hypocritical, mostly in how it treats its leads.

Erwin is allowed to be a mess, and depicted in a matter-of-fact, ungainly fashion that accepts who he is while showing compassion for what his life has come to. If only Andie were given the same treatment, this would be an enjoyable journey about a mismatched pair who nevertheless manage to guide each other toward better choices. Sadly, Andie is little more than the stereotypical millennial, and shamed for the usual reasons. You know: selfishness, a phone obsession, and the city ways that leave her stunned and unprepared for country living and interacting with, you know, real Americans.

Naturally, the movie is also happy to take advantage of her lifestyle when it’s beneficial. Rothe is constantly sexualized, with not a single unflattering shot of her to be found. And the small compassion she is shown makes little sense as Tater Tot & Patton goes on and her characterization becomes more and more confused. It’s nice that her bond with Erwin isn’t sexual, but it’s not enough when contrasted with his genuinely touching arc. But now that Jessica Rothe’s star is rising with supporting roles in films like La La Land, as well as leading turns in Happy Death Day and the upcoming Forever My Girl, it’s refreshing to know that her obvious talent will continue to shine.

Verdict
A dull exercise in what other indies have done better, Tater Tot & Patton comes off as confused as its characters.
3
Cultured Vultures is a pop culture website established in 2013 covering all things gaming, movies, and more. We eat your words.
All The News On The Biggest Games