It's gonna be expensive to buy your portable Jill Sandwich. 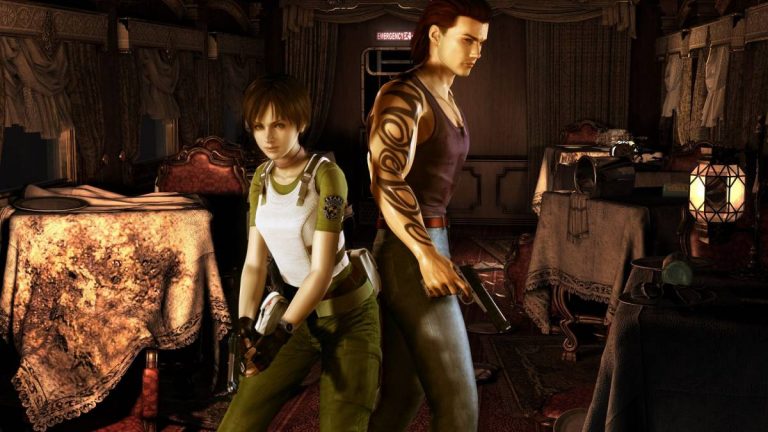 Earlier in the week, it was announced that ports of three classic Resident Evil titles will be making their way to the Switch on May 21st: Resident Evil, Resident Evil 0 and Leon’s suplex-a-thon Resident Evil 4. The chance to experience these games in a handheld fashion is a tantalising one for many RE fans, but unfortunately, it seems like you’re going to have to pay a premium for that privilege.

The three games are currently available on other consoles, such as the Xbox One, for £16 each, or you can purchase the Triple Pack which combines all three games for a total of £40. Not a bad price for some old games. However, the Nintendo Switch currently lists the three games available to pre-order for the insane price of £30 each. Yikes.

It’s a silly mark-up in price from the other versions of the game, and one that we can’t quite fathom. Essentially, Nintendo and/or Capcom are charging double the price for the opportunity to eradicate B.O.W.s while taking a dump. Again, that’s a tempting prospect, but it doesn’t mean that dedicated Resident Evil fans need to be bled dry for it, especially when the price for all three games combined has increased by over 100%.

We’re not entirely sure why the price has been hiked in such a way, but it’s not the first time the Nintendo Switch has sold multi platform games for a more expensive price. Back in 2017, it was reported by Eurogamer that Rime would get a £10 increase in price in both physical and digital on the Nintendo Switch as compared to other platforms, with reasons such as expensive game cartridge manufacturing and an internal Nintendo policy to not undercut physical sales with cheaper downloads.

As it currently stands though, this policy on physical pricing shouldn’t affect the UK, as no physical copy has been confirmed yet (the US will be getting a physical version including all three games), so this decision seems senseless. It’ll have to be up to you to decide if the added price is worth it to be the “master of unlocking” on your daily commute.