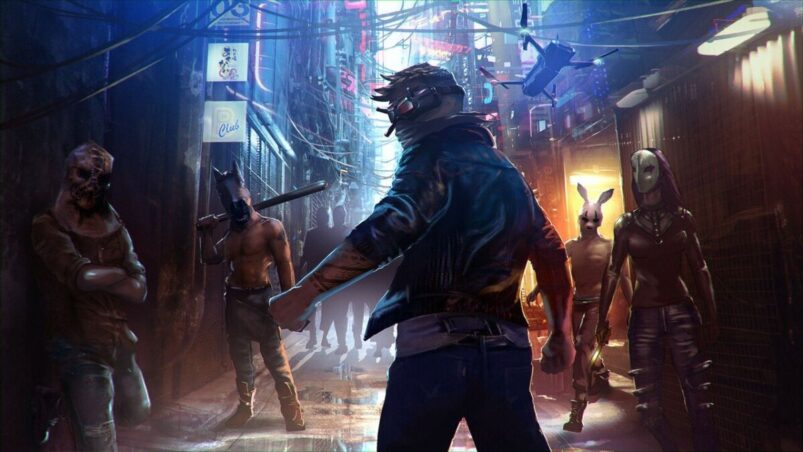 It’s the New Year, which means that 2022 is offering a whole 12 months filled with stellar new game releases. There’s already plenty of huge releases to look forward to in 2022, with titles such as Sifu, Dying Light 2, Elden Ring, Saints Row and that weird Final Fantasy about killing Chaos, along with so many more. But which games should you be keeping an eye out for?

With so many huge releases, it’s only natural that a few of them will fall through the cracks, so before that happens, we’d like to spotlight a few games that could become surprise hits in 2022. While this might seem like 10 potential entries in a Poorly Aged Things tweet, every game on this list has a chance to pop off. Here’s 10 potential surprise hit games launching in 2022 and beyond.

There’s perhaps no bolder step than going from a game about arcade skateboarding and beating high scores to a full blown action-platformer/skateboarder with a whole world to explore. That’s the task that Roll7 have undertaken with OlliOlli World, and if the risk pays off, it could be one of the best skateboarding games in years.

Making your way through the skateboarding haven that is Radlandia, you’ll meet a colourful cast of characters who will help you on your journey to discover the mystical skate gods and achieve Gnarvana. Along the way, you’ll customise your character, challenge your friends to beat your best scores and, just maybe, you won’t smash your teeth on the floor in the process.

It’s no secret that the battle royale genre is played out by now, with pretty much any iteration of dudes shooting each other in a slowly encroaching circle just becoming more and more derivative as time goes on. That’s why Rumbleverse has the potential to take people off-guard this year, as it eschews guns in favour of big pro wrestling inspired moves and abilities.

A free-to-play “brawler royale”, 40 players are dropped into a city, with the last person standing being declared the champion. As a citizen of Grapital City, which is the dumbest name ever and I love it, you can fully customise your character as you see fit, and each round lets you unlock new perks and abilities that’ll help you become champion.

If Saber Interactive have proved anything, it’s that their co-op games based on existing properties tend to be surprise winners. No one expected anything from their World War Z tie-in, but when it launched, people were impressed by the amount of co-op fun it had to offer. Now, they’ve lined up the Evil Dead franchise, and all signs are pointing to a bloody good time.

With Dana DeLorenzo and Ray Santiago from Ash Vs Evil Dead, along with the entire original cast of the first film all set to reprise their roles, players will be fighting against the never-ending hordes of Deadites. Or, alternatively, they can join the Deadite cause and wreak havoc for the survivors. With multiple maps, including the classic cabin in the woods from the original movie, Evil Dead could be a rollicking good time for fans of the franchise and newcomers alike.

Roguelites (or is it roguelike?) and death seem to go hand in hand, so a roguelite where you literally play as the Grim Reaper seems like a logical conclusion. Magic Design Studios would seemingly agree, as they’re launching Have A Nice Death into Steam Early Access in 2022, and for fans of the roguelite/like genre, it could be the next genuine hit.

As Death, you’ve gone on vacation due to being stressed out, but your employees might have become a bit overzealous when it comes to the old soul reaping business. Because of this, Death’s cut his holiday short to return and show his subordinates who’s the boss. With 30 weapons and spells, a charming art style and a roguelite gameplay cycle centered around permanent upgrades, Have A Nice Death is certainly one to watch.

Sifu might be the talk of the town when it comes to huge beat ‘em ups launching in 2022, and deservedly so. It looks great, but that doesn’t mean you should forget about another awesome looking beat ‘em up that’s set to launch in 2022: Midnight Fight Express. If you want to beat up dudes and look good doing it, MFE looks set to deliver on that promise.

Details are thin on the ground right now regarding what Midnight Fight Express is actually about, but that doesn’t matter too much when you see the game in action. Players will have to utilise different types of combat, including hand-to-hand, melee weapons, guns, vehicles and pillows to bludgeon and batter their way through a city intent on destroying them. With motion-captured moves that look absolutely brutal, Midnight Fight Express promises plenty of violent fun.

“From the creator of Coffee Talk” is probably all the description that Afterlove EP needs to explain why it could be a surprise hit. Set in the city of Jakarta in Indonesia, you control Rama, a musician whose girlfriend, Cinta, has recently passed away, leaving Rama’s life in turmoil as he dwells on the unfulfilled promises made to her.

However, just because Cinta has gone, it doesn’t mean she’s left, as she still exists as a voice in Rama’s head, which leads to Rama making different choices and interactions throughout the game. Depending on your choices, Rama can experience one of several endings, but with the game’s beautiful manga art style, you’ll likely want to see them all.

WayForward already proved they can make a successful beat ‘em up hit with the first River City Girls, but their sequel, the appropriately titled River City Girls 2, looks set to blow the original game out of the water. Sure, it might very well be a “throw the kitchen sink in” kind of sequel, but when the first game was as good as it was, a more expansive sequel is obviously going to sound great.

Misako, Kyoko, Kunio and Riki are joined by newcomers Marian and Provie as River City is under siege by an old foe. Each character has their own moves and abilities, and can be levelled up to unlock new skills. On top of that, there’s more ways than ever to pound your enemy’s skull into the pavement, with team-up moves, guard-crush attacks and more.

Going through high school is rough at the best of times, so imagine going through your final year when the apocalypse is looming. Stressful is a mild way of describing it, but the end of the world is liberating in its own way. With no future to mess up, why not live life to the fullest and make the decisions you’d be too scared to otherwise?

That’s the premise for Goodbye Volcano High, where you control Fang as they navigate a story involving love, change and writing awesome music. As a narrative game where you control the choices you make, you get to control who Fang becomes. You can even control the music they write with an interactive rhythm and lyrics system. What better soundtrack for the end of the world is there than one you make for yourself?

Using the South Pacific island region of New Caledonia as a basis for your game’s setting is always a great starting point, so it’s no wonder that Tchia looks like one of the loveliest games on the upcoming release schedule. The tropical features and beautiful sunsets should make for an excellent backdrop as you explore this vibrant world.

Controlling the titular Tchia, you’ll navigate your way around the islands, interacting with the locals and playing around in this physics sandbox. Oh, and as an added treat, you can also take control of any animal and object you come across. Who cares about playing as a normal person when you can control a dog, a crab, or even just a tyre? It looks silly, but also incredibly fun.

Shockingly, Thirsty Suitors is not a game about clothes-makers needing a drink of water. However, it will probably have better jokes than that previous sentence, so at least that’s something. It’ll also feature cooking, skateboarding and turn-based battles against your exes, which is a potent combo to say the least.

You control Jala, who’s back in the town of Timber Hills for her sister’s wedding. Unfortunately, she has to contend with overbearing parents who expect the world from her, broken friendships, plenty of jilted exes and a gang of skater punks who’ve taken over the local park. Jala’s got her work cut out for her, which should hopefully make Thirsty Suitors one of 2022’s more unique titles.