Earlier this week saw a special Nintendo Direct announcement dedicated to the upcoming Super Smash Bros game for 3DS and Wii U. The creator of the series, Masahiro Sakurai, finally unveiled the release window for the game, along with technical information and new characters.

Now, I’m a huge fan of the Super Smash Bros series and the original N64 version, released way back in 1999, will always remain firmly in my top ten. I adored Melee for the GameCube and despite my animosity towards the Wii console, I even enjoyed Brawl, the last release for the series that hit us in 2008. It’s been a long time coming for a new game in the series, but something that was always going to happen considering it’s popularity and Nintendo’s success in re-vamping classic games for newer consoles. So I for one, along with a huge fan base from across the globe, was completely psyched for April’s Smash Bros dedicated Nintendo Direct. 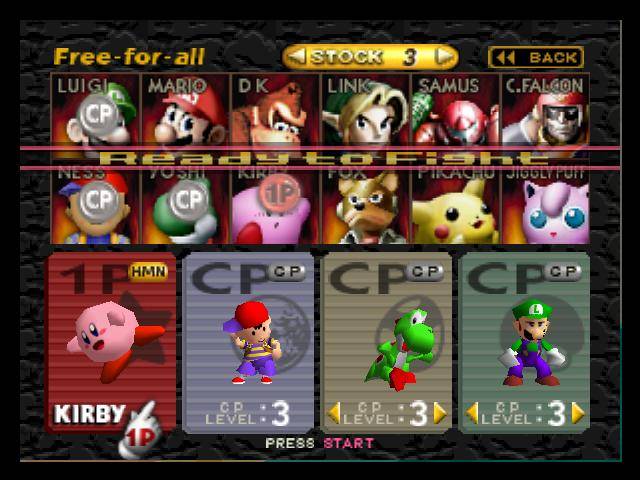 Sakurai announced that the game will be given two separate releases with the 3DS version over the summer, whilst the Wii U version has been pushed back to winter. This could be a pretty smart move from Nintendo, as it could give the Wii U version a prime spot on Christmas lists and boost sales for the console leading up to the festive period. The Wii U hasn’t exactly been the most popular console and the winter release could be just the thing to spark some interest.

In regards to the 3DS version, Sakurai spoke about how it would run at 60FPS, even when using 3D, which is quite a technical feat for a game like Smash Bros. This may seem like nonsense to some folk, but fans of the series will recall the super-fast paced nature of the game and how something like this is an important feature, particularly when thinking about 3D gameplay. 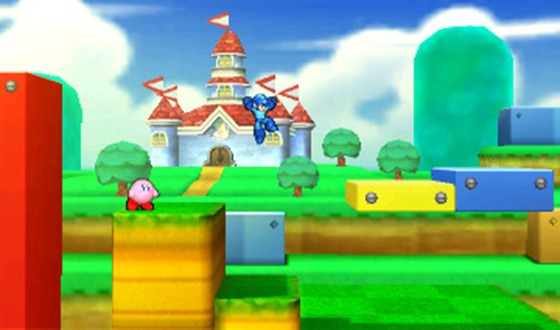 There will of course be differences between the version, but the characters will remain the same for both. What will differ however, is the stages used for battles. Most of the stages will be exclusive to one version and those that appear in both will differ in design. Also, each stage will have two different soundtracks on the 3DS version, whilst the Wii will allow you to put together your own from a vast library.

Some of the 3DS exclusive stages are excellent, including the use of 3D Land from the Mario games and a Spirit Track stage from The Legend of Zelda, which will involve battling on a moving train. There are also homages to retro stages as well as updated versions from previous games. Overall, the aim seems to be to make full use of the 3D graphics for the hand held console. For me, the Wii U stages aren’t quite as interesting, but there are some excellent graphics on display. 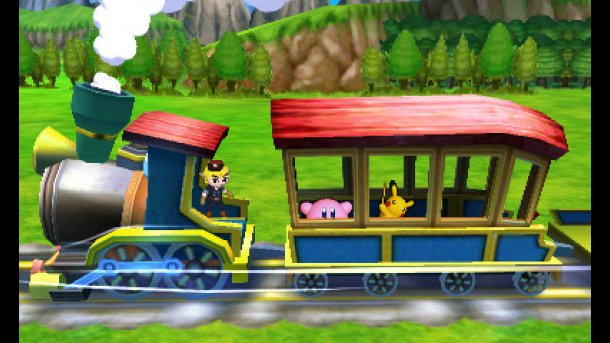 One of the key changes in the series is the removal of the transformation from characters that were able to transform in previous games. Now, Sheik and Zero Suit Samus will be entirely separate playable characters, rather than transformations of Princess Zelda and Samus Aran. Sheik will have two new special moves and Zero Suit Samus now features jet boots (well, heels, which are totally practical) as the character was designed with less physical strength in Brawl.

Along with the classics, Nintendo have added plenty of new or updated characters to the list. As well as Sheik and Zero Suit Samus being separate characters, Charizard will now be his own standalone character. Building up team Pokémon, joining Charizard, Lucario and Pikachu there will be a new addition – Greninja. This has been one of the most discussed additions to the Smash Bros fleet with a lot of excitement from fans of the newer generation of Pokémon. Amongst the other new character announcements came the news that Yoshi will now stand upright for the game. Evolutiontastic. 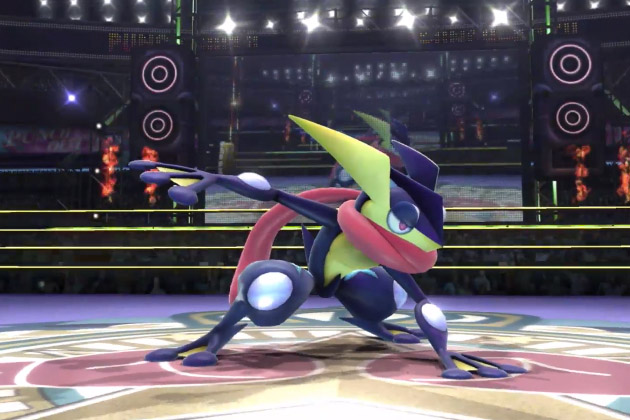 Another interesting point in the Nintendo Direct announcement was the intention to cut out particular behaviour during the online multiplayer. This could include temporary bans for starting and not playing, targeting an individual, frequent dropping, repeated self-destructs and cheats.

Overall, there was plenty of information to take in from Sakurai’s presentation dedicated to Super Smash Bros, particularly in the way of character changes and the two separate releases. I’ll most certainly have the 3DS version on pre-order and perhaps for the first time, I’ll actually wish I had a Wii U. Perhaps, probably not. Whichever your preference, both the 3DS and Wii U versions of Super Smash Bros in 2014 will surely be two of the most successful releases of the year. It’s a smart move by Nintendo to split the release, because some people will no doubt now buy both rather than having to choose. Keep posted for more news about the upcoming games and hopefully release dates very soon! For now, check out the full Nintendo Direct announcement below.