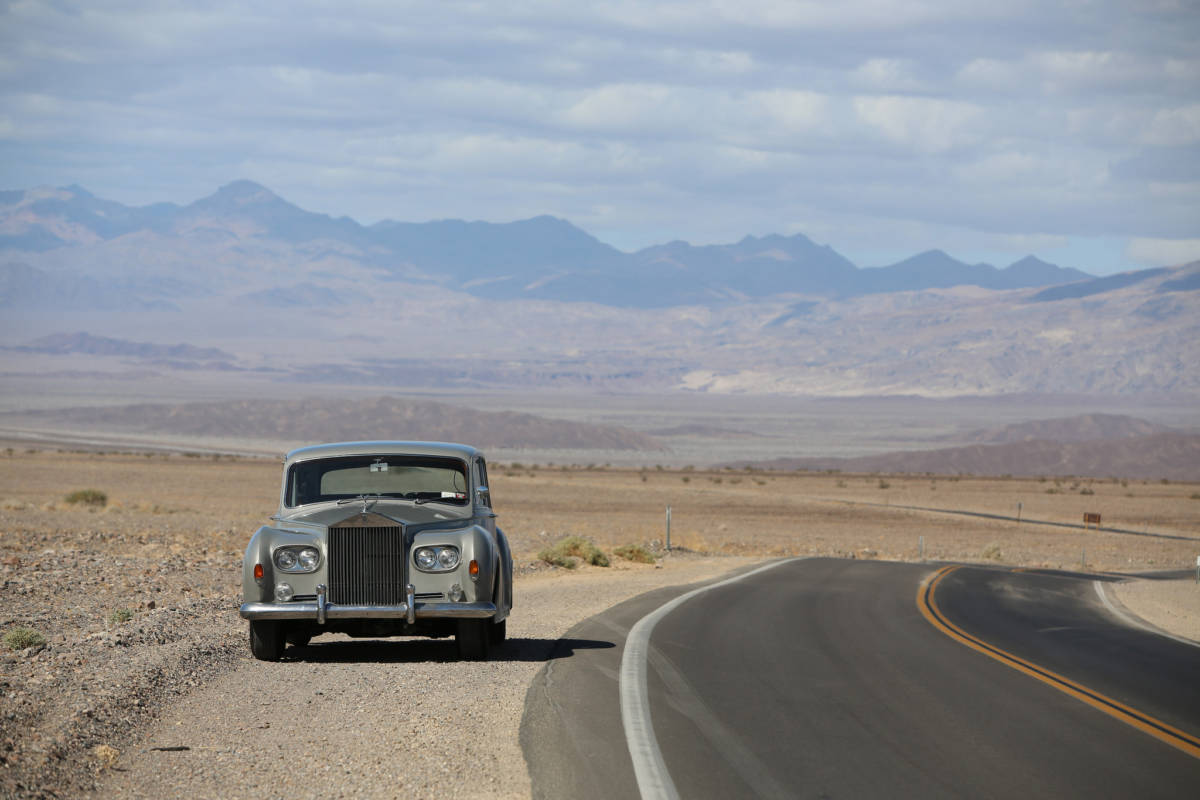 A film still from THE KING by Eugene Jarecki, an official selection of the Special Events program at the 2018 Sundance Film Festival. Courtesy of Sundance Institute. Photo by David Kuhn.

Film composer Robert Miller took some time to speak with Cultured Vultures prior to the start of the 2018 Sundance Film Festival, where The King makes its North American premiere.

Thank you for taking the time to talk with us today. How are things treating you?
Very good. It’s a beautiful misty but New York day here. Where are you calling from?

I am calling from the cold of Chicago.
Oh, what do you know.

There’s nothing like making that nice lateral to Park City next week.
(Laughs) Oh my gosh. Well, Chicago. I haven’t been there in a while but I love the city. It has great sections. It has great Italian food in Chicago. There was one particular section, I can’t remember what it was, but I know it was near a big Chase building downtown.  nyway, I’m so excited to talk to you. The floor is yours. Happy to have a conversation.

One of the films you worked on, The King, is playing at Sundance this month. What drew you to this project?
Well, Eugene Jarecki, the director, is somebody I’ve worked with since 2005. He and I are close collaborators through several films. It started in 2005 with Why We Fight. We did a Reagan film which won an Emmy. We did The House I Live In. We did a small film where Eugene was in Cuba — we’ve definitely done a bunch of films together. What drew me first was my relationship with Eugene. He’s been mentioning the content of this film for a few years and I was always very fascinated. He’s a big thinker and he’s very clever to try to find a way to talk about his feelings about the arc of the country through his eyes and find a clever parallel that makes it entertaining. I’ve been very excited about this project for a long time.

How did you get into film scoring?
Well, it started with commercials and a short film with the monumental Aaron Copland when I was just a young composer coming up in the 1980s. We were talking about concert works and he was the first one really to mention to me that he thought that film was the fertile ground for composers like myself in the future. He was very complimentary towards like colleagues and people that were friends with him like Elmer Bernstein and Bernard Herrmann. It’s a rich, rich field. He himself was a film composer on a few occasions — films like The Red Pony and The Heiress. He’s one of the first to mention to me and I didn’t respond right away because I was focused on concert music. Several years later, I realized that I had a little bit of a feel for it and not only that, I loved it. I remember that conversation that I had with Copland and thought “Wow, what do you know—he was right on the money.” It’s so enjoyable to collaborate with all of the disciplines that go into filmmaking between directing, editing, acting, costume design—basically, every artistic discipline all collaborating and meeting under the (inaudible) of a film. To this day, which I’m now sixty somewhat films, a couple of television series, and 2300 commercials into the concept and loving it, but I’m so happy that the field found me and that I embraced it because it’s been very rewarding for me.

What’s your our process like with scoring a project?
Like every creator and filmmaker, it’s different on each project. There are some directors that I know incredibly well so that when I start it, the conversation is about things that a first-time relationship would not include. I sometimes will get a script well before I get any idea of a rough cut or assembly of a film and that’s all well and good but you film the film that you think you’re going to see in your head and it’s usually so far from what actually happens once the director realizes the script. On any given project, even if I know that just the concept is really interesting to me, the very first really serious look that I take is when there’s actual film. There’s nothing like that. You tangibly see how it’s lit. What happens with the actors’ performances. The speed of the edit. All of those things. There’s initial conversations with the director. Directors, I’m sure you’re aware, are usually (inaudible) their films with scores a lot of times with the composer they want to use. I’ve had many of those instances myself. From a broad conversation, I go in and I drink the film. I watch it several times and I listen to it. I let my imagination run and try and come up with the broad concept. I don’t get inside the film. I don’t get inside any particular scene. I try and look at it as an over-soul and look at it from thematic material standpoint from where’s this film’s personality–the sound and orchestration come from. I start there and I present big ideas first. The process is several months usually. It kind of narrows and focuses from there. But I always find the start deep and broad.

Yeah.
What do you know. I love that film. It’s now just available for download, but that’s so interesting.

When I got the initial publicity email about interview opportunities and saw your IMDB filmography, I was like, Holy crap!
I’ve got to tell you that I adore that film. I love the director, Jamie Greenberg. Betty Gilpin, she’s phenomenal. I’d bet you agree with that.

Yeah. There was a Slamdance Cinema Club screening at the Arclight in Chicago and I think there were maybe six total people in the audience that night. I fell in love at first sight.
Wow. I definitely want to share this with Jamie Greenberg but I know that that film is fun. It’s rich and well put together. It’s well-written; I had a blast on that film. I’m glad to talk to somebody that feels passionate about that film.

I’ve been talking it up since the screening. It finished in my top fifteen.
Ha, isn’t that something. It’s a great film and I’d really like to see it get out into in the world and find its way. Betty Gilpin’s success with GLOW might help.

I got a friend of mine to do a cameo, Neil deGrasse Tyson. I’m trying to see if Neil can do some tweets to his considerable following on Twitter. But yeah, I can’t say enough about it. It’s a wonderful gem of a film.

Have you had a chance to see Score: A Film Music Documentary?
It’s one of the next things. I’ve been busy the last couple of weeks with The King so no, but I certainly know all about it. People have been telling me it’s a must-see and they’re really enjoying it. How about you, have you seen it?

Yeah. They brought it to the Chicago Critics Film Festival last May. I would have loved if John Williams would have been available instead of through archive footage. I could watch a documentary on him any day of the week.
John Williams is an elegant, masterful film composer. He’s the type of composer that I in terms of modeling myself after admiring that idea of a composer in film, John Williams is right at the top of my list. He’s a true symphonist and a conductor. He’s got great thematic thinking. He’s the whole package and that’s understating it quite a bit. I have such deep respect for John Williams.

Have you been to Sundance before?
Oh, yes. In 2005, Eugene Jarecki –I mentioned earlier– his first go-around won the grand prize. He also won again a few years later. I was there with a crazy independent film called Teeth. Crazy good by the way. I really enjoyed that film. I was there about 4 or 5 times in the last decade, I would say. I was invited several other times to go out for other films that I had scored and playing at Sundance. Sometimes, it doesn’t work out. I’m on other projects or there’s usually a variety of reasons why I either travel or don’t travel but I’m very excited for Eugene’s new film. I think you may have seen Steven Soderbergh is the executive producer of this film and I admire his work as well. Eugene is my closest filmmaker companion through the years. Steven is somebody who I’m excited is involved with this project.

I loved Logan Lucky.
He’s got quite a film history. Eugene and Steven seem to know each other for a long time. They both kind of came up through the Sundance system in a way, Steven a few years before. It should be good. I think it’s going to be a lot of fun.

Do you have any recommendations for the first-time Sundance attendee?
Make any dinner plans way in advance. It is so crowded everywhere. It’s fun. I don’t know what the weather’s going to be like the next few weeks out there. We’ve been getting our asses kicked here and in Chicago, you, too. We’re used to the cold. You’ve got 40,000 people running down Main Street and populating all the restaurants. Everything is crowded. You probably will find that you will organize your time. How many days are you going to stay out there?

Thursday through Sunday — not as long as I’d like.
That’s okay. Listen, you’re going to have a blast. There are those styles of festivals like Tribeca in New York, which is embedded in the city so you just dance around the city. You go to one theater on 23rd Street and there’s another theater near Houston–it’s all over the place. The thing about Sundance, which is cool, is there’s nothing going on but the festival. The entire city of Park City is all about the festival. It’s kind of fun in that regard. If you’re a good skier –I’m a mediocre skier– you’ll have a great time.

Skiing is not one of my specialties.
Yeah, okay. We have that in common but you’ll love it for sure.

Thanks again for your time.
My pleasure! I can’t wait to pass along the passion that you’ve shared for Future ’38. Jamie will love to hear it.

Future ’38 is available on VOD platforms now. The Sundance Film Festival will host the North American premiere of The King on January 25, 2018.