Sundance 2018: The Kindergarten Teacher Takes Us On A Ride 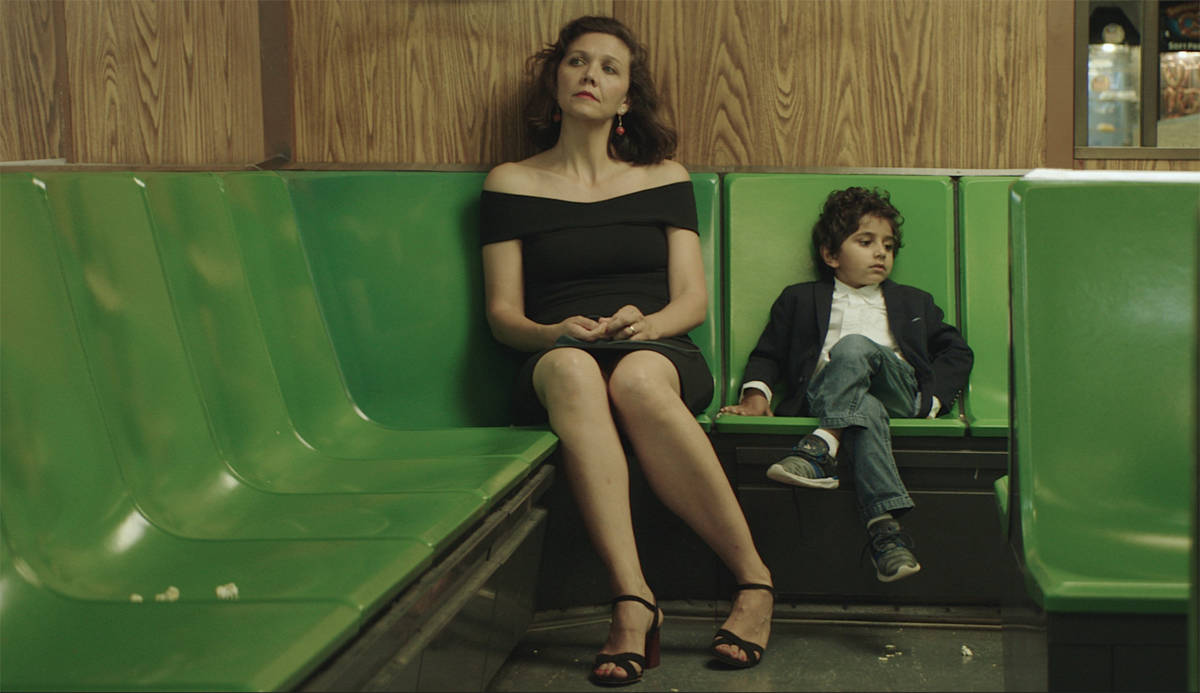 Maggie Gyllenhaal and Parker Sevak appear in The Kindergarten Teacher by Sara Colangelo, an official selection of the U.S. Dramatic Competition at the 2018 Sundance Film Festival. Courtesy of Sundance Institute.

Sara Colangelo’s sophomore feature, The Kindergarten Teacher, takes audiences on a wild ride over the course of an hour and a half.

Lisa Spinelli (Maggie Gyllenhaal) is a kindergarten teacher and she seems to be at a rather boring place in her career, going as far as telling her assistant (Anna Barynishikov) “to hell with the core curriculum.” As she teaches poetry classes at night, she soon learns that one of her students, Jimmy Roy (Parker Sevak), is a gifted poet. She starts instructing Jimmy’s new nanny, Becca (Rosa Salazar), to write down every poem he comes up with–at one point, Lisa even goes as far as entering her phone number into his phone so he can call whenever he comes up with a poem.

Lisa’s obsession with Jimmy’s poems take her down a path that no teacher in the right state of mind would even consider. She starts to steal his poems and use them in class as her own–one of which discusses the mysterious Anna. Who is she? Another such poem refers to a bull. These poems have some kind of meaning for Jimmy but Lisa decides to take it a step too far. She has him participate in a poetry reading while her own class instructor (Gael Garcia Bernal) is sitting in the audience. Did she give any thought to plagiarizing Jimmy and taking credit for his poems?

It is Lisa’s own downfall that leads to Jimmy’s nightclub-owning dad to enrol him in a different kindergarten. Nobody could blame him for making such a move–not after she took him to a poetry reading without his dad’s position. Lisa then makes the awful decision of doing the one thing that no person would do unless they decide they want to lose their job: kidnap Jimmy and take him upstate to a cabin.

Gyllenhaal is in top form in her role as the teacher. Even as the film takes a wild, unexpected turn, Gyllenhaal stays committed to her character, even when one can’t help but cringe and raise their eyebrows at Lisa’s bad decisions that always manage to leave a bad feeling in the stomach.

Whether or not he’ll make a career out of it, newcomer Parker Sevak holds his own against the Oscar-nominated actress. A lot of credit here needs to go to Colangelo’s direction as one can only assume that it’s never easy to direct a child actor. Other cast members in the drama include Ajay Naidu and Samrat Chakrabarti.

Colangelo’s bases her film on Israeli filmmaker Nadav Lapid’s 2014 film of the same name. That being said, one area in which the script could have improved upon is Lisa’s husband. Her husband (Michael Chernus) seems to be under-developed as a character. The opening score from composer Asher Goldshmidt helps set the film’s mood with somber tones but nobody expects just how wild it’s going to be.

The Kindergarten Teacher appears to be an interesting drama before going crazy and shifts gears into suspenseful thriller.

An official selection of the 2018 Sundance Film Festival, The Kindergarten Teacher premiered in the U.S. Dramatic Competition program.