Sundance 2018: The Catcher Was A Spy REVIEW – Baseball, Espionage, and War 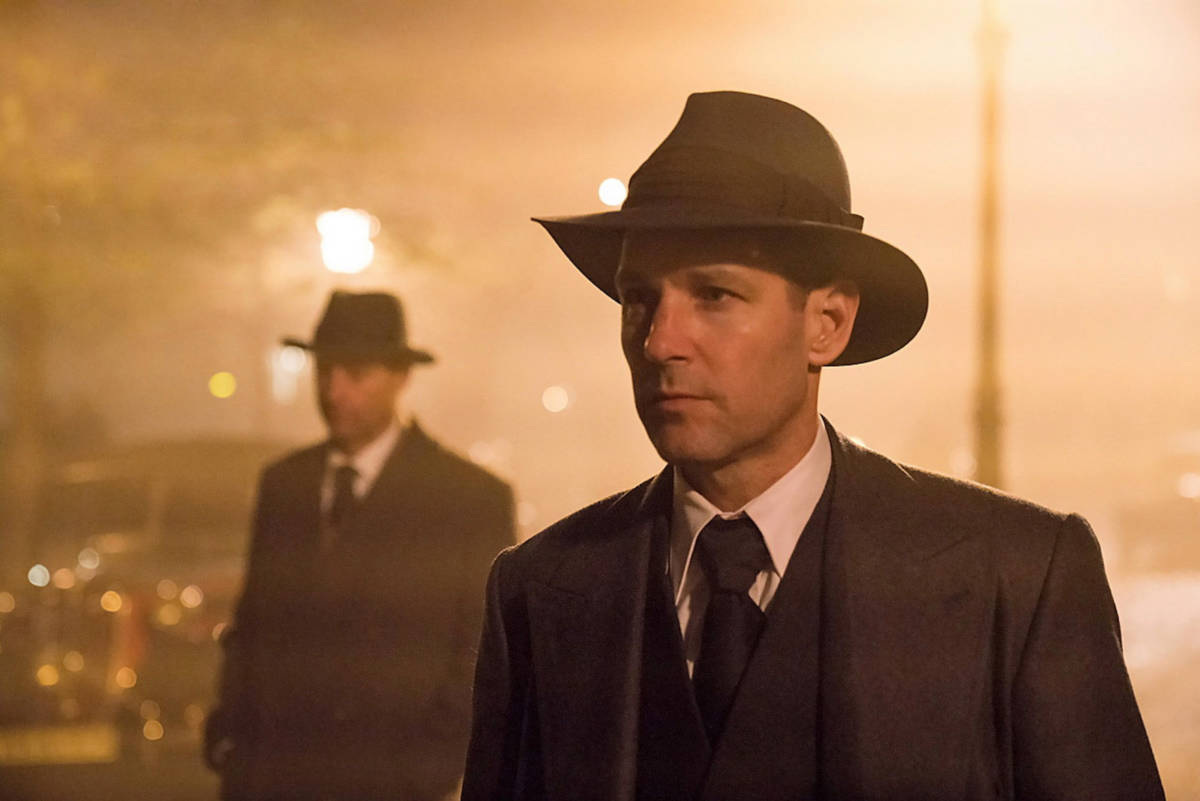 Paul Rudd appears in The Catcher Was A Spy by Ben Lewin, an official selection of the Premieres program at the 2018 Sundance Film Festival. Courtesy of Sundance Institute. Photo by Dusan Martincek.

The Catcher Was A Spy is a period film that combines baseball, espionage, and war. The film plays more as a drama than a thriller.

Espionage films usually mean people kicking ass, but it’s not what happens in The Catcher Was A Spy, unless you’re referring to one’s intellect. Pardon the pun but it’s a nice curveball for the genre. One should not expect to get a James Bond movie even though Bond is what set the standard for the genre.

Moe Berg (Paul Rudd) was a catcher for the Boston Red Sox and spent 15 years in the league. He’s at a point in his career where he’s reluctant to hang it up, but Red Sox manager Joe Cronin (Shea Wigham) wants him to take on a role as a coach. The film focuses so much on the espionage that baseball takes a side role very quickly. Berg had been invited to participate in Babe Ruth’s Japanese tour, where the catcher also secretly filmed activity from a rooftop as a private citizen.

It’s while Berg is in Japan that the film alludes to his being a closeted gay man when he is seen holding hands with Japanese delegate Isao Kawabata (Hiroyuki Sanada). The film makes many references to Berg’s sexuality, but at the same time, he never answers the question and that’s okay. People should be allowed to come out on their own time, not at the time in which others want them to do so.

Tired of desk duty, Berg has to convince O.S.S. director William J. Donovan (Jeff Daniels) that his linguistic skills would better serve the country overseas than sitting stateside at a desk. Donovan caves in to Berg and assigns him with the task of heading to Europe on a mission to track down Nazi physicist Werner Heisenberg (Mark Strong) with the hope of stopping the Germans from building an atomic bomb. Berg is aided by U.S. military specialist Robert Furman (Guy Pearce) and renowned Dutch-American physicist Samuel Goudsmit (Paul Giamatti). Once Berg tracks him down, it becomes a game of chess between the two.

Robert Rodat, who wrote Saving Private Ryan and created Falling Skies, penned the screenplay from Nicholas Dawidoff’s book of the same name. The only thing the two films have in common are that they are set during World War 2. Rather than focus on Berg’s entire life in a full-scale biopic, Rodat’s script wisely focuses mainly on the 8 year period that ends in 1944. It’s better for these films to cover a small time in one’s life rather than make a film that extends for a large period of time.

Director Ben Lewin is able to get some solid performances from the cast, especially Rudd who has to speak multiple languages, as filmmakers bring to life a story that falls short of being a period thriller. The Catcher Was A Spy isn’t a spy film that will appeal to everyone, but it’s enjoyable for the right audiences.

An official selection of the 2018 Sundance Film Festival, The Catcher Was A Spy premiered as a part of the Premieres program.