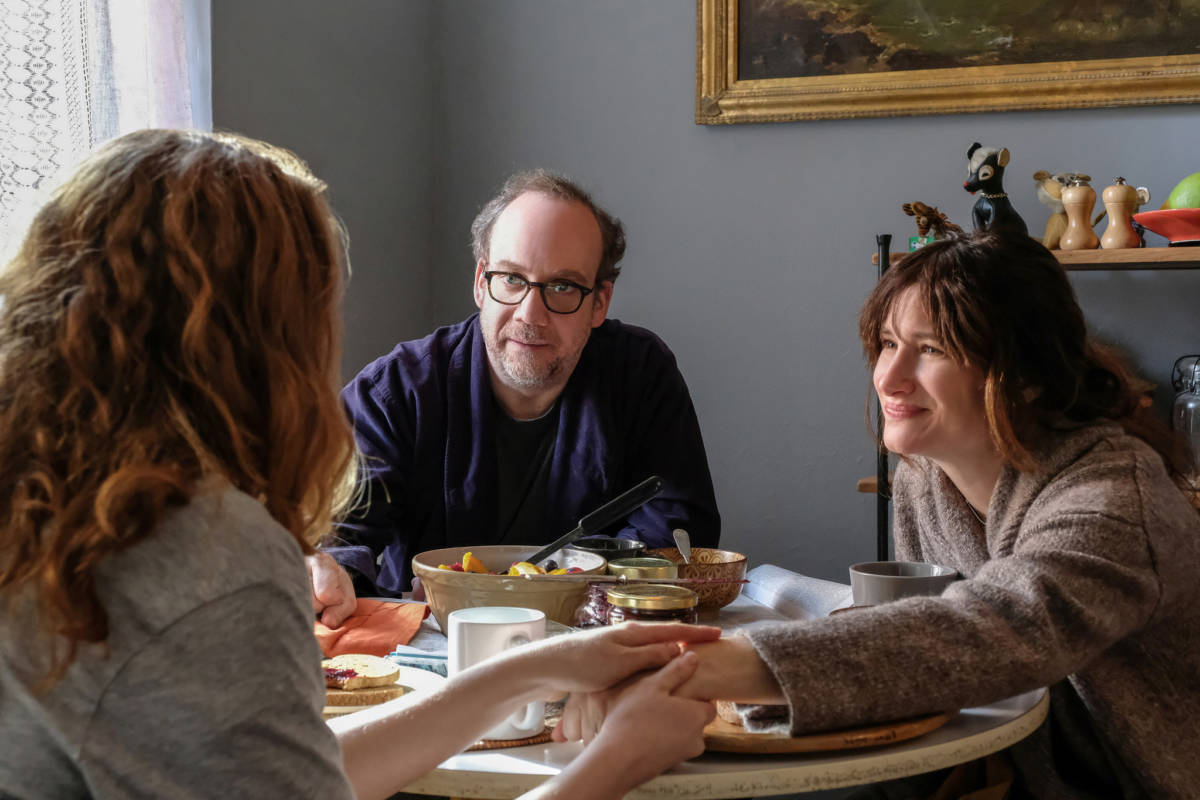 Netflix brought Private Life to the Sundance Film Festival for its world premiere and while it is a very personal film that gets into what people go through for the IVF process, it isn’t one that will appeal to everyone.

Kathryn Hahn has been a versatile comedic performer for years but writer-director Tamara Jenkins has written a role for the actress that gives us an emotional but strong performance as Rachel Biegler. Rachel has been struggling to have kids of her own and with her husband, Richard Grimes (Paul Giamatti), they’ve resorted to in-vitro fertilization (IVF) in the hopes of having kids. Rachel wants to have what any woman dreams of having: her own children. Unfortunately, fate has other things for store and it’s just not meant to be. At least, not right now.

Rachel is reluctant to have an egg donor because she wants to have her own biological children with her husband. Nobody can blame her for wanting children. Rachel’s feelings on having an egg donor comes down to having the feeling of being “left out” of the genetics. The two of them search through a website for potential birth mothers, or as it’s better referred to, “eBay for Ova.”

It’s only when their step-niece, Sadie (Kayli Carter) comes to live with them in which Richard and Rachel start to seriously considering asking her about whether she would be willing to be an egg donor. Carter’s performance is one of the best things to like about the over-long film. When Richard asks her about eggs, she thinks he’s talking about food. It’s only during Thanksgiving in which Sadie decides to go through with it, much to the dismay of her mother, Cynthia Grimes (Molly Shannon), although her periodontist step-father, Charlie Grimes (John Carroll Lynch), seems to be more supportive of her decision.

Lynch may be a versatile performer, but Shannon puts in some good work as Sadie’s mom. The looks on their faces alone when Sadie reveals her decision speaks to the effort that they put into their performances. Shannon is best known for her comedic work on Saturday Night Live but her range has expanded in recent years with her performance in the dramedy, Other People.

There were some moments that played really well in a room full of film critics during a press and industry screening with a line that many of us can relate to with the feeling all too well: “She has a BA in journalism and cinematic studies, no wonder she can’t get a job!”

Things that were disappointing about Private Life included the running time as it runs a bit over two hours long. With the story that Jenkins wants to tell, a good 20 minutes or so could have been cut from the film and they wouldn’t have lost anything considered to be vital.

While there are disappointing items, Private Life has some things to celebrate, such as a phenomenal performance from actress Kayli Carter, who shines in the role of Sadie Barrett. Carter’s performance is one that is reminiscent to that of Saoirse Ronan in Lady Bird.

Private Life no doubt has some good performances and a well-intentioned story. Ultimately, it falls just short of what it wants to be.

Netflix premiered Private Life at the 2018 Sundance Film Festival. A release date has not been announced.