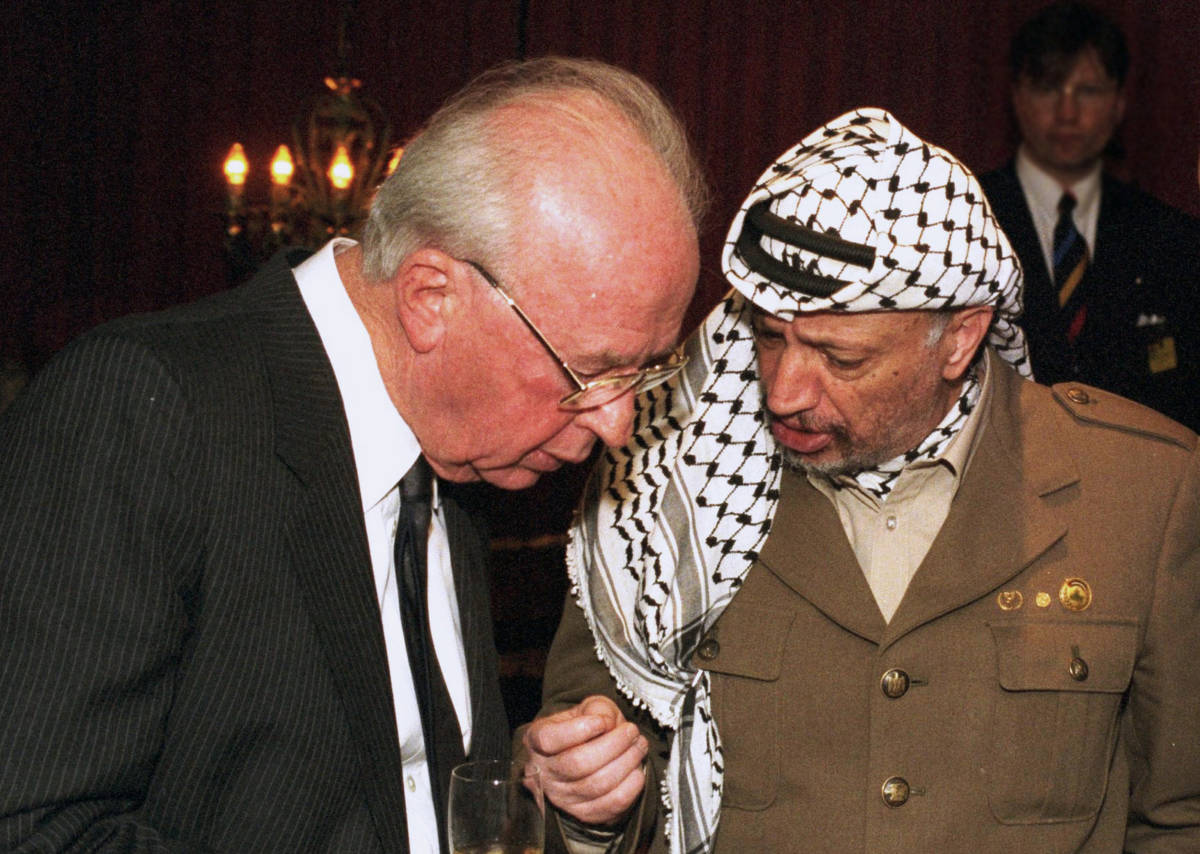 Yitzhak Rabin and Yasser Arafat appear in The Oslo Diaries by Mor Loushy and Danil Sivan, an official selection of the World Cinema Documentary Competition at the 2018 Sundance Film Festival. Courtesy of Sundance Institute. Photo by Saar Yaacov.

The Oslo Diaries provides an even-handed approach to the 1992 Israeli-Palestinian peace talks. With a project such as this, filmmakers tend to make it clear early on as to whether it will be slanted in one way or another. It didn’t seem to feel that way and much credit should go to co-directors Mor Loushy and Daniel Sivan for telling such a personal film in a way in which the whole story gets told among the living survivors.

When these meetings started, nobody had any idea. It was not sanctioned by the government and if word got out, Israel would deny that they had any involvement. It is only through their diaries that the events transpired in Oslo were recorded.

The Mideast peace process is one that hasn’t been easy, but in 1992, they started to make way for what would become The Oslo Accords — a feat that would be impossible if it were not for everyone involved. They recount their memories and get emotional in doing so. Some of the players have passed away and their stories live on through those who heard them. Whether it’s the exact truth or an exaggerated version will truly never be known.

It’s argued by quite a few people interviewed that the assassination of Israeli Prime Minister Yitzhak Rabin on November 4, 1995 effectively ended any chance of peace between the two people. Shimon Peres briefly took over as PM before Benjamin Netanyahu succeeded him and they make sure Netanyahu’s views on the issue are known. He’s not interviewed and is only depicted through archival footage. What follows the archival footage is footage of the rallies following the agreement, in which Israelis were chanting “Death to Rabin” and “By blood and fire, we’ll get rid of Rabin.”

In many ways, it’s hard for anyone watching this film to not only get political about the long-term effects but to think hard about the what-ifs. The speech he delivered in Washington, DC as the Oslo Accords were signed is one that will be remembered for all of history, for better or worse. If fate had different things in mind and maybe Rabin would have lived, Israeli history could have been changed, but nobody will ever truly know what could have been.

As they update the audience on what happened to everyone involved with the peace talks, the filmmakers included the last-ever on camera interview with former Israeli prime minister Shimon Peres. People may be interested to learn that some of the key players left the political fold altogether. The potential for peace wouldn’t have been possible if not for Dr. Ron Pundak and Dr. Yair Hirschfeld being sent away to Oslo to start the process.

What Loushy and Sivan show in The Oslo Diaries is that even though it’s not easy, peace is possible. Whether or not it happens in our lifetime is a different story for another film.

A selection of the 2018 Sundance Film Festival, The Oslo Diaries will premiere as a part of the World Cinema Documentary Competition.